No Russian interference yet in US midterm elections: FireEye

Influence operations by Russia's Internet Research Agency are becoming more sophisticated, but so far there have not been any hack-and-leak operations or attacks on election infrastructure seen in 2016, according to FireEye.
Written by Stilgherrian , Contributor on Oct. 3, 2018 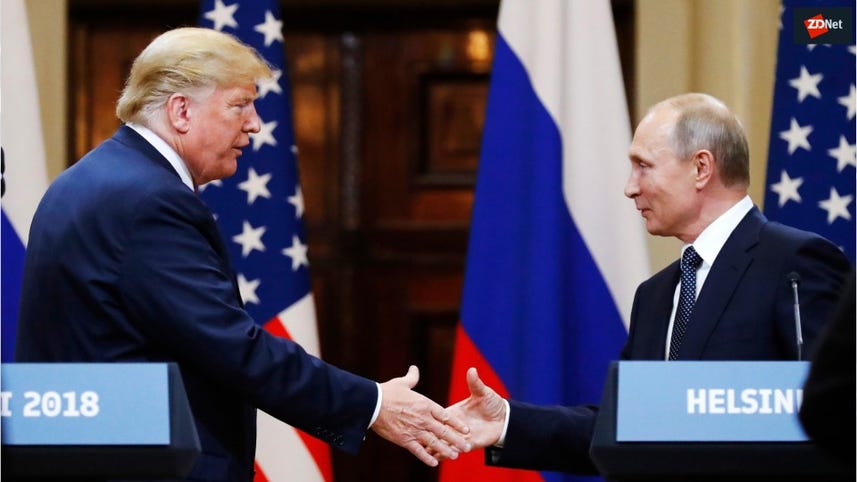 "They may be taking a step back this time," he told journalists at the FireEye Cyber Defense Summit in Washington DC on Wednesday, referring to America's upcoming 2018 midterm elections taking place in early November.

"The divisions are already there. Russia is in a happy place right now, given what the national political situation looks like in the US."

One of the worst things that could happen for Russia is to engage in a very direct attempt to influence the election that is immediately attributed to it, Foster said. That would completely negate the entire narrative it's been pushing, which is that it wasn't involved in 2016.

Two years ago, Foster said there were three prongs to Russia's influence activities:

"We haven't seen hack-and-leak operations happen yet. That doesn't mean they won't occur. It's possible they will. As time progresses, the likely impact of those is going to be reduced, because there does need [to be] time for the dissemination, and for current narratives to build up around them. But there is still time," Foster said.

There have been reports that some US politicians have been targeted by intrusion operations, but Foster downplayed their importance.

"I just want to lay out from the outset that that is not unusual. That has always existed in the espionage space, and that's why here I don't say we've seen, potentially, hack-and-leak operations, because we haven't seen any leaks stem from these yet," he said.

"We haven't seen any election infrastructure targeting so far. We have seen a continuation and evolution of the disinformation, the social media manipulation, and trolling side of things."

Russia's Internet Research Agency (IRA), a business based in St Petersberg, is the primary so-called "troll factory". It has been conducting information operations since late 2013. According to FireEye Intelligence analyst Cosimo Mortola, those operations are becoming increasingly sophisticated and harder to track.

"When we were looking at their activity in 2014 and 2015, their campaigns on Twitter were very easy to identify," Mortola said.

It would push a disinformation campaign on a specific day or two, and the rest of the time the content would be "apolitical filler, so spam-like content", making it easy to identify the campaign.

"Contrast that with today, where there's a lot more interweaving of the disinformation campaigns. They're more constant."

IRA has moved from creating its own hashtags to attaching disinformation to existing hashtags. By mingling in with "real people", it's harder to figure out which accounts are actually IRA. It's also retweeting a lot more legitimate users, which helps reduce the amount of stilted English that might give it away as fake.

IRA also appears to have improved its operational security.

"That may be indicative that the IRA's keeping a tighter lid, or that IRA employees are more afraid to come out."

FireEye has identified an influence campaign on YouTube, posting comments that are "in line with Russian state interests".

"We know with high confidence that the IRA is currently active on YouTube in Russian. They're targeting Russian domestic audiences, potentially Ukrainian audiences, but Russian-speaking audiences. We've been tracking this for several months," Mortola said.

FireEye is now seeing the same sort of activity in English, with comments posted on Western news stories from outlets such as the BBC, Fox News, and Al Jazeera English. FireEye assesses with "low confidence" that the IRA is also behind this activity.

According to Mortola, the accounts are pro-Brexit, aiming to create a divided Europe. They criticise heads of state in Europe and immigration policies, spread anti-Muslim sentiment, and attack specific government activities such as the British education system.

FireEye has also seen the artificial boosting on Reddit of stories from inauthentic news site USA Really, among others. Similar activity has been seen on far-right "free speech" site Gab.

In the lead-up to the French elections in 2017, there was also the artificial boosting of links to leaked material on 4chan and 8chan.

Disclosure: Stilgherrian traveled to Washington DC as a guest of FireEye

The British government says recent 'indiscriminate and reckless' global cyberattacks are the handiwork of the Russian military intelligence.

UK: Russian hackers try to break into our networks on a daily basis

US officials are warning that hackers with ties to the Russian government are targeting consumer internet routers.

Can the US and its allies stop Russian hackers? (TechRepublic)

TechRepublic's Steve Ranger explains why deterring cyberattacks by state-backed hackers is complicated, and why the stakes keep getting higher. For more, read his cover story.