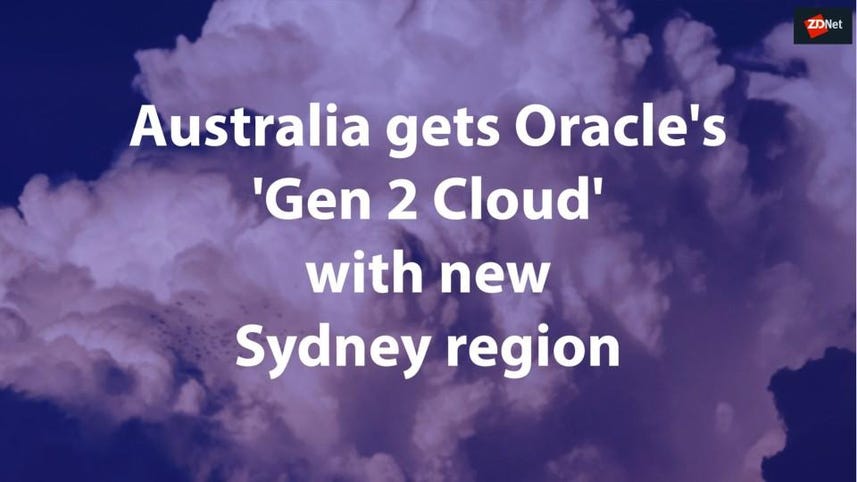 Oracle CEO Mark Hurd is taking a leave of absence due to health reasons, Oracle announced Wednesday, leaving the company in the hands of his co-CEO Safra Catz, as well as co-founder and CTO Larry Ellison.

"Though we all worked hard together to close the first quarter, I've decided that I need to spend time focused on my health," Hurd wrote in a letter to Oracle employees.  "As you all know, Larry, Safra and I have worked together as a strong team, and I have great confidence that they and the entire executive management team will do a terrific job executing the exciting plans we will showcase at the upcoming OpenWorld."

In a statement, Ellison said that he and Catz will cover Hurd's responsibilities, with support from "an extraordinarily deep team of executives."

Oracle also announced its Q1 fiscal year 2020 results on Wednesday, a day earlier than expected. Results were effectively in line with market expectations.

The company reported non-GAAP earnings per share of 81 cents on revenue of $9.2 billion.

Analysts were looking for earnings of 81 cents on revenue of $9.29 billion.

Oracle shares were down in after-hours trading.

"As our low margin hardware businesses continue to get smaller, while our higher-margin cloud business continues to get bigger, we expect Oracle's operating margins, earnings per share and free cash flow all to grow," Catz said in a statement. "We're off to a good start in FY20, and we expect this to be our 3rd consecutive year of double-digit non-GAAP earnings per share growth."

On a conference call Wednesday, Ellison noted that Oracle and SAP make up about half of the ERP market. However, he said, "SAP does not have a true cloud system."

While Oracle ventured into cloud ERP by initially grabbing business from smaller competitors, Ellison said, "Now we're seeing some of [SAP's] medium-large companies go ahead and pick us."

He added that Oracle is "in the middle of converting one of their very largest customers."

Meanwhile, Oracle added more than 500 new autonomous database cloud customers in Q1 and expects to more than double that in Q2. The company will announce more autonomous cloud services next week at its OpenWorld conference.

"Autonomy is the defining attribute of a Generation 2 Cloud," Ellison said in a statement.

On Wednesday's conference call, Ellison elaborated, "It's our goal to deliver the world's first and only completely autonomous cloud. You should have a bunch of autonomous services... so human beings aren't given the opportunity to make mistakes."

Oracle on Wednesday also announced its board of directors declared a quarterly cash dividend of 24 cents per share of outstanding common stock.

Laptops
From software developer to CEO: Red Hat's Matt Hicks on his journey to the top