Planet analytics 1.0: From the UN lab to the globe

The United Nations (UN) is developing initiatives that leverage data and analytics to measure and streamline sustainable development goals. While this is work in progress, there are some fundamental questions as to its effectiveness.
Written by George Anadiotis on April 20, 2018 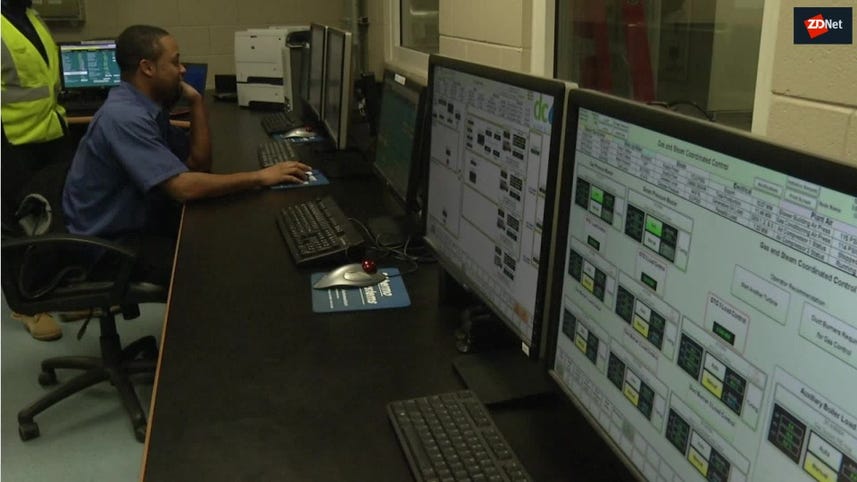 Video: Data analytics to save our most valuable resource -- water

Earth Day serves as a reminder of the strain our planet is under. With a number of intertwined environmental and societal challenges open, could data and analytics help get a better understanding of the big picture, determine desirable outcomes, and steer toward them?.

Planet Analytics, as we named this effort, is a very complex task. Not only because of the number and complexity of data and models that would have to be utilized, but also because of the cacophony of actors involved.

The only actor that could, in theory, pull this task off would be the UN. But there are many roadblocks to overcome on the way to getting results.

Just imagine an organization that does not have full stock or control over the data it manages, or a leadership without a mandate and budget to embark full steam on making the organization data-driven. Then multiply this at global scale, and you will begin to see where we're at now.

SDGs are spearheaded by the UN through a deliberative process involving its 193 Member States, as well as global civil society. As noted, progress toward goals broad and ambitious such as "No Poverty," "Sustainable Cities and Communities," and "Climate Action" are very hard to measure and evaluate.

To go from high-level SDGs to concrete metrics, there is ongoing work toward building an SDG ontology to help formalize, share, and integrate indicator definitions and metrics. In order to make this usable, however, it has to be populated with adequate and reliable data, and make it accessible via applications.

UNGP's approach to this is to work via a network of P ulse Labs in different regions of the world. There is an HQ lab in New York, a lab in Jakarta, Indonesia, and a lab in Kampala, Uganda.

Pulse Labs design, scope, and co-create projects with UN Agencies and public sector institutions that provide sectoral expertise, and with private sector or academic partners who often provide access to data or analytical and engineering tools.

Read also: Microsoft just bought all the electricity from this wind farm

To guide the work of each Pulse Lab, an annual research agenda is set, with strategic priorities agreed with stakeholders. Pulse Labs work with a network of strategic partners, at both the global and country level. Global Pulse seeks collaboration with partners to get data, technology, expertise and sponsorship.

Recently, UNGP published a report highlighting work carried out by the Pulse Labs in 2017. This includes projects such as exploring ways to optimize public transport or building a dashboard to visualize SDGs in Indonesia.

While such projects are commendable, they also highlight some key issues with UNGP's work.

Planet Analytics 1.0: from the UN lab to the Globe

First, there does not seem to be adequate data for UNGP to use. These projects grabbed data from Twitter and publicly available Millenium Development Goals (MDG) datasets.

There is nothing wrong with getting access to Twitter's datasets, or with making existing datasets more accessible via a dashboard, but one has to wonder how far relying on the kindness of strangers can get the UNGP. Twitter data will always be geared toward Twitter, and having frequently updated MDG data, for example, is not something Twitter would care for.

Douglas Broderick, the UN Resident Coordinator in Indonesia, seems to be aware of this, too, judging on his statement: "Timely and quality data is essential, it gives government the opportunity to make the right decisions especially in challenging situations. Data can provide insight and should be accessible wherever, whenever it is needed."

Furthermore, while the Jakarta Pulse Lab seems to have permanent staff, it also seems like the SDG dashboard application was at least partially in its initial stage developed via a hackathon. There definitely is value in hackathons, but going from prototypes developed in hackathons to production-ready applications is a far cry, and we don't know much about the effort allocation and knowledge transfer aspects of the project.

Equally important is the issue of real-world impact. For example, it is stated that the SDG dashboard was designed by Pulse Lab Jakarta in consultation with the Ministry of National Development Planning. The extent and way it is actually used, however, is not clear. These projects may be great as proof of concept, but we don't know whether they are really used to inform decisions.

This is not to downplay the importance of this work, but simply to understand it for what it is. UNGP is also clear that at this point that the Pulse Labs are primarily innovation labs working on proofs of concept. This is a step in the right direction, but if this work is not adopted and taken to the next level efficiently, it will not amount to much.

But what about the bigger questions at play here? Is more technology and data the answer to dealing with sustainability issues?

Green growth is used by the likes of OECD to provide an alternative concept to typical industrial economic growth. According to a comparative analysis on green growth published recently, the effectiveness of green growth theory has been speculative. But over the past few years, three major studies have set out to examine this question.

The analysis goes on to cite results from the studies, published by the Sustainable Europe Research Institute, the University of Leeds, and the UN Environment Program. The authors of the analysis make an interesting, and alarming, point:

In all of these studies, the researchers made "radically optimistic" assumptions on the measures taken (Carbon Tax), the effect of these measures, as well as the effect of innovation and new technology on mitigating the effects of CO2 emissions and climate change.

Yet in all of those studies the projected results were far off from a sustainable environment. Interestingly, results were even gloomier in the UN study. The authors attribute this to the "rebound effect": as gains in efficiency reduce the cost of commodities, demand for those commodities goes up, canceling out some of the reductions in material use.

Their conclusion? Not only we are not doing enough, but what we are doing is not in the right direction, and this is due to the fact that our metrics are misguided. Their proposal? Let's start by figuring out the right metrics to optimize, and then focus our efforts in that direction:

"We could start by ditching GDP as an indicator of success in favor of a more balanced measure like the Genuine Progress Indicator, which accounts for negative "externalities" like pollution and material depletion.

We could roll out a new money system that doesn't pump our system full of interest-bearing debt. And we could start thinking about putting caps on material use, so that we never extract more than the Earth can regenerate.

The old generation of innovators believed that tech would allow us to subdue nature and bend it to our will. Our generation is waking up to a more hopeful truth: that our survival depends not on domination, but on harmony."

Note: We have reached out to spokespeople from the UN to provide comment, but have not heard back at the time of publication. We will update the article accordingly if that changes.

These servers want to heat your house ... for free

How to gain quick access to Google shortcuts from MacOS

How to gain quick access to Google shortcuts from MacOS