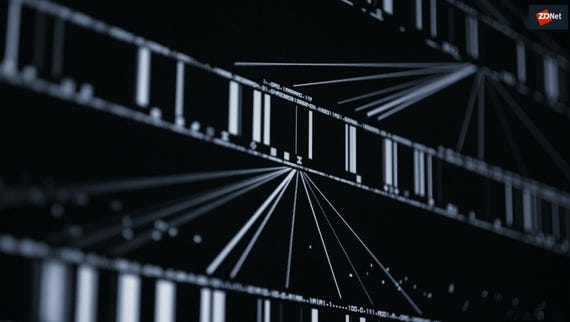 The ability to easily turn PowerPoint presentations into professional-looking videos will be a game changer for many who struggle with creating great looking videos.

It wants to empower anyone to create their own video to boost sales conversions or use as a marketing tool.

Other options for the video output could be for internal training videos, marketing, and sales.

The Powtoon software enables anyone to create animated videos that look really good.

The company is now beta testing the ability to import PowerPoint presentations into the platform and create a video from the uploaded slide deck. This functionality will enable you to reuse existing content to quickly create the videos.

Currently some objects such as video, animation, and sound in the original PowerPoint presentation will not be included.  However, these features can be added later using the Powtoon dashboard.

You can use its in-built storyboard builder, modify one of the existing templates, or use drag-and drop features to create your video. It will convert PowerPoint slide shows into animated video with royalty free music, and basic animations which you can edit and tweak.

If you edit your Powtoon video when using Google Chrome, you can also add your own voiceover to the slides, reducing the volume of the music in the background whilst you speak.

I uploaded a sample PowerPoint deck and played the unmodified video. Although some of the font colour had been modified, and some of the background images which had been initially behind the text, were now in front, the video worked well.

With a few tweaks, and a voice over added, I managed to create something that looked really good within 30 minutes. I am sure that with a few more adjustments, I would have been able to make something really impressive. There are many features that you can add to each slide. 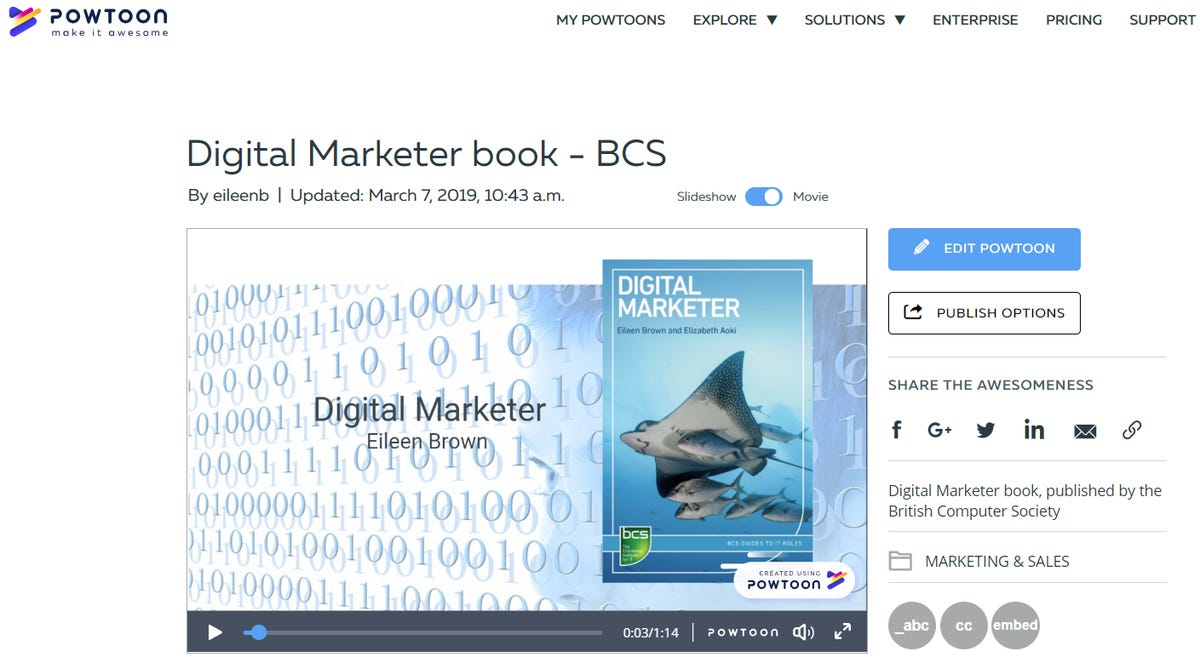 After creating my video I had the chance to upload it in movie format to Facebook, YouTube, Vimeo, Wistea, download to a PDF or to PowerPoint, export to Hubspot or Facebook Ads Manager.  With an upgraded account, I could also export to Slideshare or create a downloadable video.

In the Enterprise version of the software, the resulting videos are securely stored on the Powtoon Enterprise Cloud. The data is stored on Microsoft Azure servers, with Amazon Web Services used as disaster recovery and hot backup for the data.

It is a shame that there is not an option to pay per download -- say $5 per item. Smaller businesses, which only need one to two videos per year, would be happy to pay to download an unbranded video without being tied into an annual contract. Something to think about perhaps?

"Powtoon took a look at the world of PowerPoint users and realized our video technology is the perfect complement to their massive user base.

In close cooperation with Microsoft's PowerPoint product team, we developed a simple PPT to video solution that injects Powtoon's essence into their established product and users are already producing high quality video presentations across the globe."

Video use is booming in organisations according to new report

What's next for 2019? 9 tech and innovation trends

Throughout 2018, trends, cultural shifts, and consumer behaviors have been rapidly evolving. Innovation and uprising against tech giants continues to disrupt the status quo. But what's in store for 2019?

Enterprise startups in Israel worth getting to know

There are many startups around the world that could be relevant to your organisation, but you may not be aware of them. Here, I shine the spotlight on some of Israel's enterprise startups.

I have been looking at some innovative startups out of Israel that could ease your business operations in your organisation.