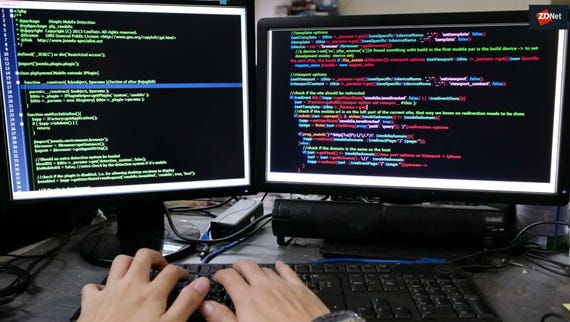 Python climbs up the rankings. Will it overtake Java?
Watch Now

A boom in machine-learning applications continues to drive up the popularity of 27-year-old Python, so much that it could soon outrank 33-year-old C++ on TIOBE's programming language index.

Python's rise on the new TIOBE index results for August lines up with past results from Stack Overflow, a site that helps programmers solve coding questions, which last year found that growth in Python-tagged questions may have made it the fastest-growing language.

IEEE's app for rating the most popular languages has had Python in top spot since 2017 where it remains today, as it does on PyPl. Developer analyst RedMonk places Python in third spot.

But on TIOBE's index, Python has never reached third spot. It has risen from fifth to fourth place since August 2017 with a current rating of 6.992 percent, just behind C++'s 7.471 percent rating.

TIOBE analysts believe that Python's running on large embedded systems will likely see it take third spot at some point soon, and even overtake Java, its current top-placed language.

They also note that Hack, Groovy, and Julia entered the top 50 while the Microsoft-maintained TypeScript dropped out of the top 50.

In other words, the rankings don't necessarily reflect the quality of a language or how many lines of code have been written in it.

But the company argues its list is a good way for programmers to check whether their skills are up to date and which languages should be used when building a new system.

As ZDNet's David Gewirtz argues based on his multi-index analysis, there are three clusters of languages. The top one includes Java, C, Python, and C++. None of them is specific to a programming platform and developers should familiarize themselves with these.

Join Discussion for: Python's rise: Could it soon edge out C++...