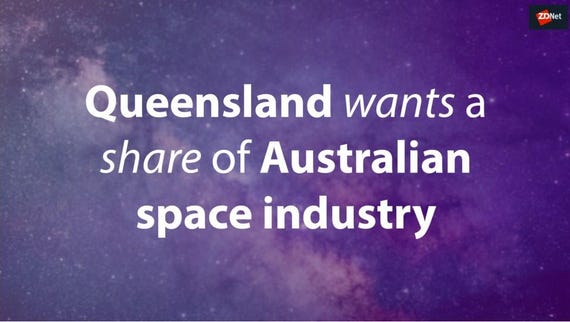 Following the development of a roadmap, a committee list of recommendations, and a report from Deloitte into job creation opportunities arising from the establishment of a space industry in Queensland, the state is looking to take its share of Australian space efforts.

According to Minister for State Development, Manufacturing, Infrastructure and Planning Cameron Dick, Queensland has all the right fundamental drivers for a booming space economy.

"The Australian government has committed to establishing a national space industry. My vision is a future where Queensland is getting our share of the jobs and growth that will create," Dick said.

The committee's report made 15 recommendations relating to areas including space infrastructure, career pathways, and STEM education, with Dick saying the Queensland government's response to the committee sees it accept, in whole or in principle, all of the recommendations made. He said the state is already making progress toward many of them.

"This includes conducting an initial assessment of sites suitable for space infrastructure and working closely with the federal government on the market for Australian launch sites," he said. "The alignment between the committee's recommendations and the work we've already started is more proof that our space economy is on track."

"The next step will be a fully-fledged strategy for growing Queensland's space industry.

"The strategy will build on the State's competitive strengths identified in the Deloitte report as well as the significant overlaps these have with the Australian Space Agency's forward investment plans in Earth observation, robotics and automation, communication technologies, and access to space."

Read also: AI in space: Astronauts will get floating robot assistant thanks to IBM, Airbus (TechRepublic)

Join Discussion for: Queensland wants a share of Australian space...