The Guardian has reported the app extracts emails, text messages, contacts, and handset information.
Written by Asha Barbaschow on July 2, 2019 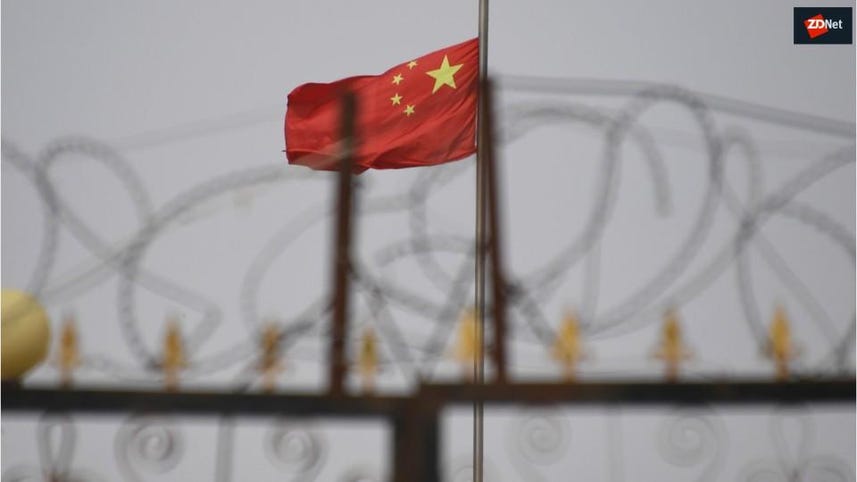 It has been reported that China's border guards are installing surveillance apps on the phones of some visitors as part of the government's ever-increasing mass surveillance regime in the Xinjiang province.

According to an investigation by the Guardian, The New York Times, Vice's Motherboard, and Germany's Süddeutsche Zeitung and NDR, the "secret" app allows for personal information to be downloaded. The app was discovered to be installed on the phones of visitors entering the country from Kyrgyzstan.

The report says people using the remote Irkeshtam border crossing into the country have routinely had their phones screened by guards. The Irkeshtam crossing is China's most westerly border and is used by traders and tourists, some following the historic Silk Road.

The publication said specifically that the app extracts emails, text messages, contact information, as well as handset information. Visitors have not been informed this is happening.

It is reported that at one of the many crossing stages, travellers are made to unlock and hand over their phones and other devices such as cameras. The devices are then taken away to a separate room before being returned "some time later".

During this time, the Guardian said iPhones are plugged into a reader that scans them, while Android phones have an app installed that in most cases is uninstalled before the phone is returned.

While it is unclear where all extracted information goes and for how long it is stored, it is part of the heavy surveillance regime in the Xinjiang region.

In February, ZDNet reported that one of the facial recognition databases that the Chinese government was using to track the Uyghur Muslim population Xinjiang had been left open on the internet for months.

The database contained information on just over 2.5 million users, along with a stream of GPS coordinates. The database contained a list of "trackers" and was based on SenseNets' website -- the Chinese company responsible for the database. These trackers appeared to be the locations of public cameras from where video had been captured and was being analysed.

ZDNet in May also reported that the Chinese government was using gate-like scanning systems to record biometric three-dimensional images, as well as smartphone fingerprints, of Muslims living in the Xinjiang province.

These devices are installed as security checkpoints at entries in government buildings and various public spaces that are manned by police officers.

Since mid-2017, the local government has been forcing members of the Muslim minority to install a spyware app on their phones, named Jingwang (Citizen Safety).

The app allows the government to scan the device for "terrorist propaganda".

Gate-like checkpoints are being used to record biometrics and device digital fingerprints for Xinjiang residents.

China draws up law that makes it perfectly legal to hack any internet-related company activating in its borders.

Commuters to pay for train fare with their face in China

The South China Morning Post has reported that the Shenzhen Metro is currently trialling the use of payment via facial recognition technology.

The reported ban on Hikvision comes at a time when US is restricting technology exports to several leading Chinese technology companies, including Huawei.

How China tried and failed to win the AI race: The inside story(TechRepublic)

China's aggressive artificial intelligence plan still does not match up to US progress in the field in many areas, despite the hype.