The new kind of memory module has improved bit reading and writing speeds, too.
Written by Charlie Osborne, Contributing Writer on Aug. 24, 2017 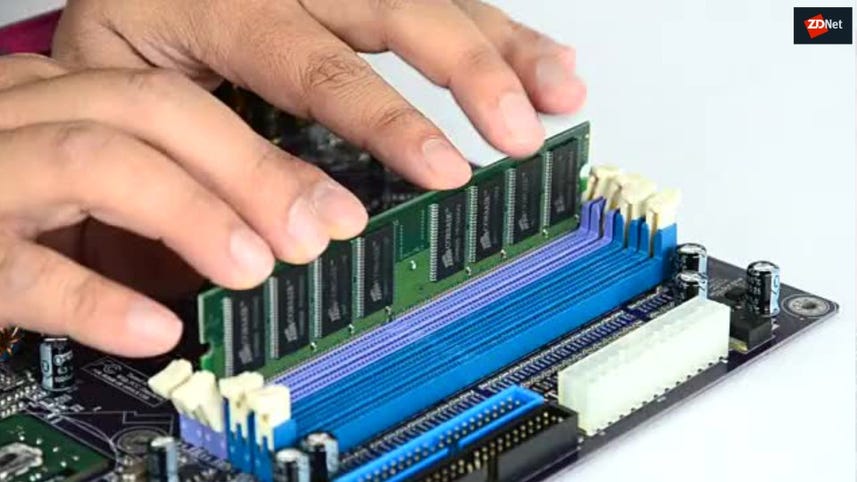 Researchers have developed a new kind of RAM which uses magnetic materials to improve energy usage and efficiency.

Random Access Memory (RAM) is a key component in PCs, mobile phones, tablets, and in other kinds of computer systems which require memory capabilities. Also known as system memory, RAM is key for information to be stored and retrieved on a PC.

Power usage is necessary to store and access this data, but according to researchers from the Moscow Institute of Physics and Technology (MIPT), a new magnetic design for RAM sticks may be able to drastically reduce the power traditional RAM requires.

MIPT scientists, together with teams from the Kotelnikov Institute of Radio Engineering and Electronics (IRE) of the Russian Academy of Sciences (RAS) and the International Associated Laboratory of the Critical and Supercritical Phenomena in Functional Electronics, Acoustics, and Fluidics, have been able to create magnetic RAM prototypes resulting in a "substantial energy saving."

"So far, the RAM technology has been rapidly advancing, with memory modules becoming ever faster. However, this type of memory has one major limitation that cannot be overcome, namely its low energy efficiency," said principal researcher Sergei Nikitov, deputy head of MIPT's Section of Solid State Physics, Radiophysics and Applied Information Technologies. "In this paper, we present the magnetoelectric memory cell. It will reduce bit-reading and -writing energy consumption by a factor of 10,000 or more."

The study, published in Applied Physics Letters earlier this year, describes RAM which uses a magnetoelectric memory cell, also known as MELRAM, which contains a piezoelectric material and layers of magnetoelasticity.

Piezoelectric materials "deform" in response to applied voltage, but as a consequence, also generate voltage when under mechanical stress.

The layers of magnetoelasticity, organized along different axis, can be magnetized across two directions -- which correspond to the logic ones and zeros used in DRAM binary code. They are then able to maintain their state and data held within, even when power is cut off, and do not need to be continually rewritten.

"Depending on the nature of the strain, magnetization assumes a particular orientation, storing information," the team says. "The changing orientation of the magnetic field gives rise to increased voltage in the sample. By detecting this voltage, the state of the memory cell can be determined. But the reading operation might affect magnetization; therefore, it is necessary to recommit the value that has been read to the memory cell."

The team created a prototype using this new, magnetized structure, and found that with a test piece of roughly one millimeter across, the memory cells worked well and with a far lower energy consumption.

MIPT says that the design could be scaled down further without any impact on efficiency or power usage, which makes MELRAM "promising" for computer hardware which demands low energy consumption but high read/write rates. In addition, the structures could act as a blueprint for nano-sized memory cells.

As well as the Core i9, Intel has lifted the lid on the whole new Core X-series of high-performance CPUs.

Apple's decision to not offer a MacBook Pro with 32 gigabytes of RAM has ignited a debate about how much RAM is too much RAM.

Speed up your old PC

Got an old PC? Here's how to breathe new life into your old desktop system.