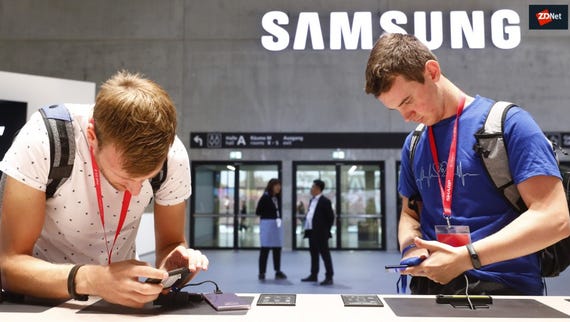 After weak sales of Galaxy S9 phones put a major dent in its Q2 mobile revenues, Samsung's new plan is to throw cutting-edge features at its mid-range phones first in a bid to win over millennials.

Samsung is switching its usual strategy of delivering the latest and greatest technology to its flagship Galaxy S phones first, before the features trickle down to its mid-range devices.

Samsung mobile CEO DJ Koh told CNBC that, as of this year, Samsung mobile will "bring technology and differentiation starting from the mid-end", starting with its Galaxy A lineup.

Koh added that Samsung is really trying to differentiate its mid-range smartphones to bring "meaningful innovation" to millennials who can't afford its flagship.

The company could also increase the pace of new mid-range releases to more than once per year, with the first of these with cutting-edge features set to arrive later this year.

The move comes amid a slowdown in the smartphone market, with Q2 worldwide shipments marking the third consecutive quarter of declines, according to IDC.

In Q2, Samsung remained the top vendor by shipments, but lost ground to Huawei, Oppo, and Xiaomi, which are winning over consumers in Asia and India with higher-end features at lower prices than Samsung.

Meanwhile, Samsung reported a 30 percent decline in quarter-over-quarter mobile revenues in Q2 due to unexpectedly low sales of the Galaxy S9.

The phone would probably be unveiled in 2018. However, it would not be the Galaxy S10 or the long-rumored foldable and mostly unaffordable Galaxy F.

With the launch of the next iPhone now days away, the leaks, rumors, and analyst chatter is reaching fever pitch.

Join Discussion for: Samsung: Our mid-range phones will get cutting-edge...