What to expect: Apple's iPhone XS, iPhone XS Max, iPhone 9 and everything we know

With the launch of the next iPhone now hours away, the leaks, rumors, and analyst chatter has reached fever pitch.
Written by Adrian Kingsley-Hughes, Contributor on Sept. 11, 2018 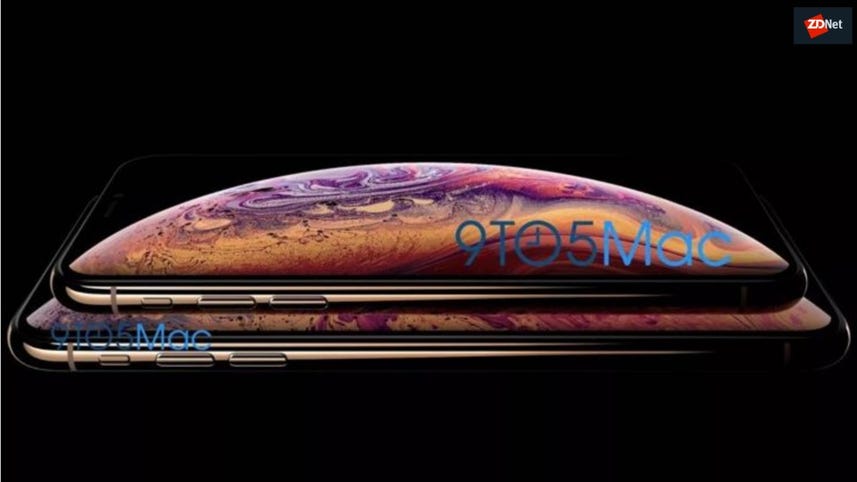 The next iPhone launch is hours away, the leaks and rumors are swirling, and the release of the iOS 12 beta also gives us some clues as to what Apple might have in store for us with its new iPhones.

HOW TO WATCH THE EVENT LIVE

Not received an invite to the iPhone launch event next week? No worries! You can get a front-row seat right using your iPhone, iPad, Mac, or even Windows 10 PC (yes Windows users, Apple wants your dollars too!).

Here's everything you need to know about the Apple Event live stream, from when it is to what hardware and software you need.

WHAT HARDWARE WILL APPLE UNVEIL?

Right. it's a pretty good guess that Apple will unveil new iPhones, but what else? The rumor mill has a pretty long wishlist:

This seems like too long of a wishlist to me, even if Apple pushes the event out to three hours. My take is that Apple will unveil the new iPhones, new Apple Watch, new AirPods, and the AirPower harger, but leave the iPad Pro and Mac refresh until later in the year.

This makes much more sense.

iPhone XS: Here's what it needed, and what we got

Well, according to leaked images off the Apple website dug up by 9to5Mac, here's what it will look like:

Yup, that looks like an iPhone to me. The gold is different, but other than that there's little to go on from this image.

WHAT WILL IT BE CALLED?

iPhone XS seems the most likely pick (for now, at any rate), following in the footsteps of the iPhone X (where X is pronounced "ten," although given how many people I know call it "X," there's clearly a lot of brand confusion out there).

Another name that's been floating around for the plus-sized iPhone is "iPhone XS Max." Sounds like a terrible name to me, but I'm pretty sure that no matter what it ends up being called, it will be a sure-fire success.

But I've come across a number of other possible names:

Another possibility is that Apple simplifies the line-up and switches to calling the new iPhone simply iPhone.

Also possible is something like the iPhone Pro, especially if Apple unveils three separate handsets.

WHAT ABOUT THE RELEASE DATE?

Well, we now have a launch date. September 12th.

Well, OK, Apple hasn't made is clear that this is an iPhone launch. Officially, this is all we know about the event:

But it is an iPhone launch! And we may also see a new Apple Watch unveiled.

It seems very likely that 2018 will be the end of the line for Touch ID on never iPhones. It will likely stick around on the iPhone SE, the older crop of iPhones that Apple continues to sell, and the iPad (although I expect it to vanish from the iPad Pro at the next update), but Face ID is the direction Apple will want to go in.

Well, it's cutting edge and ahead of what other players in the market have to offer. It also offers side benefits, such as expanding the reach of features such as Animojis (I'm not judging you if you're into such things, really I'm not). Also, i allows Apple to free up real estate on the front of a device by dispensing with buttons and so on.

So get used to staring at your phone to unlock it, and to swiping and gesturing to make up for not having a button to press, because that's the future.

HOW MANY IPHONES WILL APPLE RELEASE?

Months ago Bloomberg reported that Apple had three new iPhone handsets in the works:

Both the D33 and D32 will feature OLED displays and use a new A12 processor.

The report also claimed that Apple was considering adding a gold color option for the D33 and D32, a feature that was allegedly abandoned for the iPhone X because of production issues.

What's interesting is that over the past months, this hasn't changed much. Back in July, Apple analyst Ming-Chi Kuo reported that Apple was working on a 5.8-inch OLED iPhone, a 6.5-inch OLED iPhone Plus, and a 6.1-inch affordable LCD iPhone.

Kuo also reported that the "budget" 6.1-inch iPhone with the LCD display would be offered in "grey, white, blue, red and orange."

Taking the features present in the iPhone X and rolling them up into a cheaper iPhone is certainly a no-brainer. That said, when Apple rolled out the budget iPhone 5c in 2013, the thing clearly tanked, because it never saw an update.

Top 10 hidden iOS 11.4 shortcuts and tricks for the iPhone

While it's early days, and there's no hard evidence, there are rumors that Apple is working on developing an iPhone that features a curved OLED display. But rather than curve horizontally like the display on flagship Samsung Galaxy devices does, this would curve vertically, top-to-bottom.

Why? No idea. Maybe there's some logic to it, or maybe it's just a trick Apple is working on to differentiate itself from the competition.

Back in July, The Korea Times reported that Apple "is eyeing developing foldable iPhones" that "will come several years later."

Just to be clear here, when we're talking about "folding" smartphones we are not talking about two screens held together by a hinge, but instead a device with a single foldable OLED display.

This is a small but subtle difference. And OLED displays are key to this technology.

An iPhone with a folding display would allow Apple to fit more display into a smaller space, and bring a new dimension to the iOS platform.

However, it's unclear as to the timescale that Apple is working to. I've seen guesstimates ranging from "years" to "imminently."

However, let's not forget that Samsung, Apple's closest rival in the smartphone space, has already committed to bringing to market foldable OLED smartphones this year. And these devices could redefine what is considered high-end, and come with a sobering $1,800 price tag.

But there are a lot of unknowns and risks.

Another issue is turning the folding display from a gimmick into something really useful. Tech is ripe with fads and attention-grabbing stunts, but few actually gain the required traction to last.

THREE CAMERAS ON THE REAR?

Why not? The more cameras the better, right? After all, The Huawei P20 Pro is bristling with cameras.

Apple products you should not buy (Updated September 2018 edition)

AS FOR OTHER SPECS

It's likely that a new chip, likely called the A12, will power the new iPhones, and if past performance is anything to go by, we can expect both processing power and graphics performance to double.

As far as who will make the chip, the smart money says that TSMC has horned Samsung aside, and will be using its 7-nanometer process, which will be a big improvement over the current 10-nanometer process used for the A11 Bionic chip found in the iPhone 8, iPhone 8 Plus, and iPhone X.

The wireless modem this time around is likely to be an Intel product as opposed to Qualcomm. How do we know this? It came straight out of the mouth of Qualcomm CFO George Davis last month:

"We believe Apple intends to solely use our competitors' modems rather than our modems in its next iPhone release. We will continue to provide modems for Apple legacy devices."

It's also likely that Apple will expend Face ID across the range, phasing out Touch ID (with the facial recognition technology also likely coming to the iPad).

Another possibility is that the next crop of iPhones will support the Apple Pencil, offering you the chance to buy yet another accessory to go with your smartphone!

And since someone is bound to ask, as for how much RAM, I don't know. The current crop of iPhones come with 3-gigabytes, while the Samsung Galaxy S9 and Galaxy S9 Plus come with 4- and 6-gigabytes, respectively. Apple generally doesn't go adding components just to put on the spec sheet - primarily to keep costs down - so I wouldn't be surprised if this year's iPhones come with 4-gigabytes.

In a note to subscribers sent out in March, Apple analyst Neil Cybart of Above Avalon suggested some aggressive pricing for the new iPhone line-up:

Bear in mind that these are starting prices, and higher storage capacities will bump the prices up.

Cybart justifies the pricing by saying that the "narrative of disappointing iPhone X demand due to a high price is off the mark" and that "Apple has room to go even higher in iPhone pricing as long as there is additional tech or value attached to the higher price."

Recent sales figures, along with the increasing Average Selling Price of the iPhone (driven by more expensive models), seems to back up this idea.

As for the older devices, Cybart predicted the following pricing structure:

This pricing structure looks aggressive to me, because it bumps up the price of the cheapest new iPhone by yet another $50, following a similar bump this year.

Also: Your iPhone is tracking your movements and storing your favorite locations all the time

Since then, rumors and analysts alike seem to be of the opinion that the "budget" iPhone with a 6.1-inch LCD display will come in at around $700

Either way, I think that a starting price of $1,199 for an iPhone X with an OLED display is highly likely. Apple is not going to be keen on cutting the price of the 5.8-inch iPhone X on its first upgrade, and OLED panel pricing and yields really don't offer the firm much in the way of wriggle room to do so anyway.