SK Telecom to collaborate with Nokia and Ericsson in 6G research

They will also work together to improve SK Telecom's 5G networks.
Written by Cho Mu-Hyun, Contributing Writer on June 16, 2019 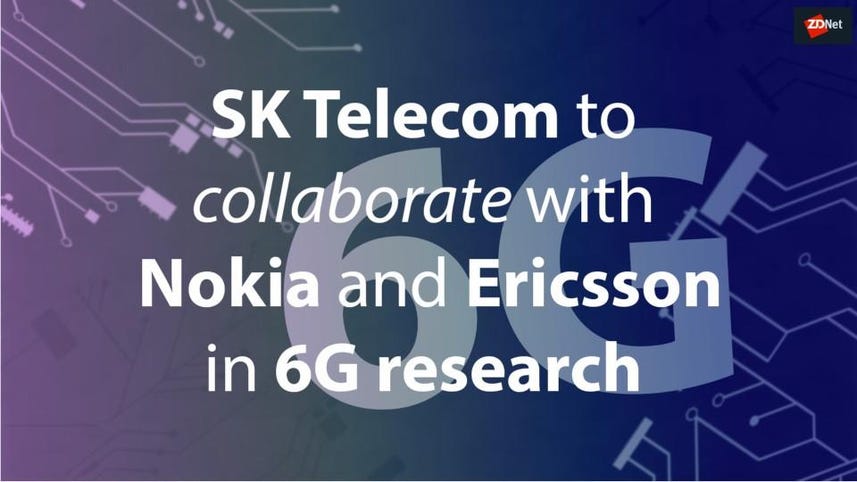 SK Telecom will collaborate with telecom equipment vendors Nokia and Ericsson to conduct research and development for 6G wireless networks, the company announced.

The South Korean telco will draw out the technological requirements for the next-generation network with its partners and work to find and authenticate core technologies, it said. SK Telecom signed memorandums of understanding with Nokia and Ericsson for the collaboration.

"Collaboration between companies like this will be important as the technology and standard for 6G networks is yet to be clearly defined," the South Korean company said.

The telco will also work with the telecom equipment vendors to improve its 5G networks, which was rolled out in April.

Ericsson and Nokia, along with Samsung Electronics, have been the major vendors for telecom equipment in building out SK Telecom's 5G network.

South Korea's 5G network has so far garnered over a million subscribers, the Ministry of Science and ICT said last week.

The country secured 260,000 subscribers for its 5G networks in the first month of deployment, with the number likely to grow at the exponential rate as more handsets that support the network are set to launch later in the year.

SK Telecom and Seoul metropolitan government will install 5G-enabled ADAS on 1,700 buses and taxis to develop a real-time HD map in preparation for autonomous vehicles.

Productivity
How to join Teleparty and watch Netflix with friends