SpaceX could serve Australian external islands with satellite broadband by 2022 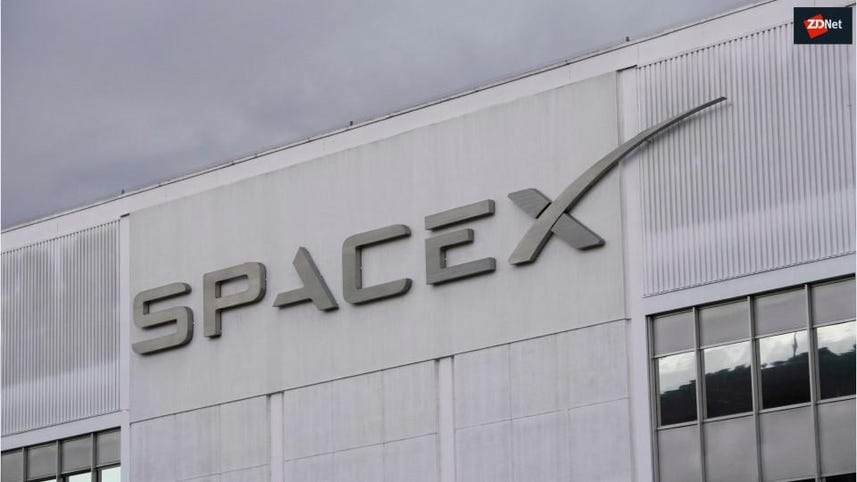 The Elon Musk-fronted SpaceX has told an Australian parliamentary committee that it could begin to offer its Starlink broadband services to the nations external territories as early as 2022, while much of Australia will be covered in "early 2021".

"Certain more proximate islands within the external territories, notably the Ashmore, Cartier, and Coral Sea Islands, could be served by early 2022, when SpaceX has more fully populated its satellite constellation with ongoing launches and with the establishment of gateway earth stations at proximate mainland locations," the company said in a submission to the Joint Standing Committee on the National Capital and External Territories' Availability and access to enabling communications infrastructure in Australia's external territories inquiry.

"The more remote islands and the southernmost Heard Island and McDonald Islands will require deployment of polar-orbiting satellites employing inter-satellite optical links, a technology that allows customers to be even farther removed from supporting ground infrastructure," SpaceX said.

"More satellites on orbit are needed in order to provide continuous services to those locations, likely nearer to the end of 2022."

At the end of last year, SpaceX was among the purchasers of area-wide apparatus licences for 5G millimetre wave spectrum across Australia.

While geostationary satellites have latency in the order of 600-800ms, those in low Earth orbit can provide 20-40ms of latency. Starlink users last year were seeing internet speeds of 134Mbps.

"These new satellite networks are expected to be capable of providing cost-effective, high-speed backhaul which to date has been a barrier to delivering high speed fixed and mobile services to remote communities and territories," Australian telco Pivotel wrote in a submission.

"Providers such as Pivotel will be in a position to launch 4G and 5G mobile networks together with high-speed wireless internet access to the home or premise, using small cells powered by battery-backed renewable energy sources like solar and/or wind. Small cells connected over low latency high-speed data links opens up the possibility of servicing the most remote locations with affordable, high speed and low latency mobile and broadband connectivity, comparable to what is available in urban areas."

However, the Norfolk Island Regional Council is pushing for the island to return to the way it was, which means restoring a cable connection to the island, this is despite the island have its own NBN Sky Muster spot beam.

The council has spent AU$8 million over five years on satellite connectivity, and for its money, it gets a 113/37Mbps primary link with a 20/4Mbps redundant link. Norfolk Island previously had a cable connection, but it was cut. The island still has a cable landing station, and in 2003 the Australian government paid to have an "extensive underground" fibre to the node network installed, which now uses satellite backhaul.

In its submission, the council pushed for a branch off the Hawaiki cable that links Australia, New Zealand, and the United States.

Council said the island was previously offered the chance to connect in 2016 with 100Mbps of guaranteed bandwidth, but it was not taken up.

"In return for a (one off) ~AU$14m investment (plus on-going costs), Norfolk Island would have received a branch of approximately 90km long, unrepeated (unpowered) 2 fibre pairs branch with a design capacity of 100Gbps. This opportunity did not proceed, and efforts for improved connectivity have continued ever since," it said.

"The last proposal was put forward to the island in 2020."

Consequently, any branching on the cable will be further away and have to rely on the New Caledonia branching unit, but the window on that opportunity is closing.

Hawaiki, in concert with Vocus, said in a submission that the now approximately 400km long branch would cost around $27 million, which could be lowered if synchronised with rolling out other branches.

"The only constraint is the timing: A decision would need to be taken before New Caledonia builds their branch. Once the New Caledonia branch design is finalised (expected Q2 2021), there will be no future opportunities to connect Norfolk Island to the Hawaiki cable," the submission said.

Another option could be the Chilean-backed Asia-South America Digital Gateway (ASADG) cable that would land in Chile, New Zealand, and Australia, and provide 270Tb of bandwidth.

"Vocus estimates that a connection to Norfolk Island as part of the ASADG initiative would cost ~$23.2 million, based on the assumption of 583km of cable to be manufactured and installed as a spur from the main 'trunk' cable'," it said.

"A spur from the ASADG cable would cost approximately one-third as much as a stand-alone cable from Sydney to Norfolk Island, estimated at ~$74.9 million for 1,700km of cable. This estimate is based on the current indicative ASADG route and does not assume any adjustment to the main cable, which could potentially reduce the length, and cost, of the spur to Norfolk Island."

Vocus said funding decisions for the cable would be made in the second quarter, and once the design was finalised, Norfolk Island would not have another opportunity to be a part of it.

In its submission, the Department of Infrastructure, Transport, Regional Development and Communications provided a glimpse of the state of connectivity on Norfolk Island.

"As of December 2020, there were 804 premises on Norfolk Island with an active NBN service. Across the 2020 calendar year 54 service faults were recorded. NBN Co's [business satellite] services are not currently available on Norfolk Island," it said.

"Many residents have both NBN Sky Muster and Norfolk Telecom ADSL services to provide redundancy if one service is not working. Some Norfolk Island premises have their own commercial satellite service agreements and dishes."

Although the department said a cable would improve connectivity, it baulked at the "high cost both in absolute terms and per head of population".

"While a submarine cable connection could provide Norfolk Island with high-bandwidth, low-latency backhaul not subject to disruption from weather and atmospheric conditions, the cost to lay and connect submarine cables is typically relatively high and the benefit relatively isolated compared to a satellite system that can service a much larger population," it said.

"In other contexts, submarine cable operators have identified that the useful life of a submarine cable is about 25 years, and if cable was funded replacement capital would need to be factored in.

"Users of a cable's capacity would also be subject to ongoing access fees and charges from the cable operator. Additionally ... the condition of the existing network connecting premises on Norfolk Island would limit the quality of services available."

Firmly in the pro-satellite camp, due to it running its own fleet, Optus pushed for the territories to remain dependent on space-based connectivity.

"Optus believes the territories could act as a test-bed environment for the government to satisfy itself as to the performance and reliability of satellite technology. If proven successful, this trial could be expanded to include those geographical areas serviced under the Universal Service Obligation in mainland Australia," the telco said.

"Satellite connectivity would offer the greatest value for government whilst providing the broadest and most reliable form of network coverage to consumers and would serve as an effective alternative to subsea cables or other access technologies."