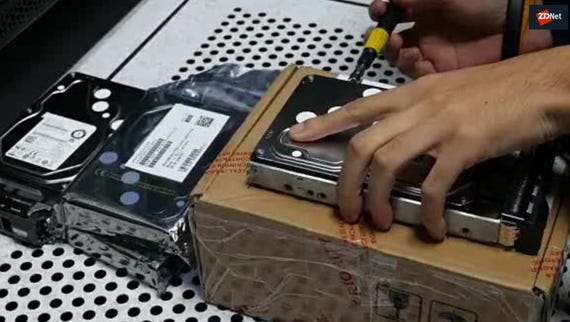 A whopping 59% of used hard disks sold on sites such as eBay are not properly wiped and still contain data from their previous owners, according to a new study by the University of Hertfordshire and commissioned by Comparitech.

Comparitech purchased 200 used hard drives (half in the USA, the other half in the UK) and carried out testing to see how many contained recoverable information.

The breakdown of the results makes for horrific reading:

Only 26% of the drives had been properly wiped and contained no recoverable data, while a further 16% were accessible and could not be read.

Comparing the UK to the US, 29% of the UK disks showed evidence of permanently removed data, compared to only 23% in the USA, while an equal number of drives from both countries showed no signs that any attempt was made to clear out old data

Data could easily be recovered from 54% of the US disks, and 63% of those bought in the UK.

Need to know how to effectively wipe drives and devices? Check out below:

Join Discussion for: Study shows that majority of second-hand...