An extension to the contactless transport payments play run by Transport for NSW in partnership with the Commonwealth Bank, Cubic, and Mastercard.
Written by Asha Barbaschow on July 28, 2019 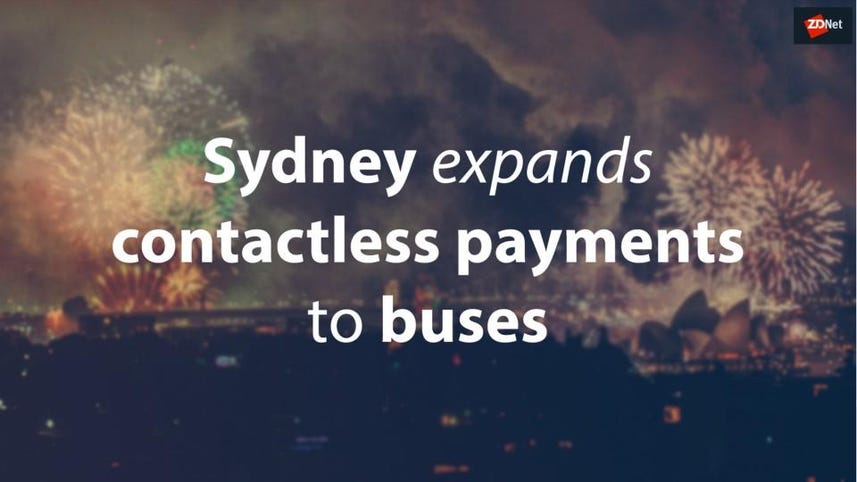 Speaking in Sydney on Sunday, the minister said the state over the next five to six weeks would start allowing buses to accept payments via the PayPass or PayWave function on either debit or credit cards -- including smartphones and any smart devices that have NFC payment capability -- in lieu of using an Opal card.

It followed the state government, alongside Cubic Transportation Systems, kicking off a trial in July 2017 that saw commuters using a Mastercard card or mobile wallet to tap on-and-off some ferry services in Sydney.

The trial was then extended to Visa and American Express cardholders in March 2018, allowing use of all three card types on all ferries and one light rail service.

Also on Sunday, the Commonwealth Bank of Australia -- which developed the core payment infrastructure -- announced that it would be extending the benefits earned by Opal users to those using their own accounts.

Daily, weekly, and Sunday travel caps are now in line with Opal caps; the weekly travel reward of half price travel after completing eight trips can now be earned; Opal transfer discounts will apply; and off-peak pricing for train travel will also be extended to those not using an Opal card.

"What was previously a transit gate is now essentially a payment terminal, demonstrating yet another example of how technology is enabling faster and more convenient experiences for the community and smarter, more connected cities," CBA's executive general manger of Business Customer Solutions Clive Van Horen said

Addressing the Sydney Institute earlier this month, Constance said tap-and-go expansion was on its way.

"Customers have already embraced using their credit cards and their electronic device to tap on and off trains, ferries, and light rail, and we're about to expand the technology onto buses," Constance said at the time.

"It's all about making the journey easier and faster for customers and I'm sure we'll see new forms, frictionless transport payments, not too far off."

An idea he floated was "frictionless travel", which would give commuters an Amazon Go-like experience.

Broadband
How to add a to-do list to Slack