Full Bio
Posted in Between the Lines on November 5, 2018 | Topic: Security

"The endpoint is a hotly-contested environment," Clark told Wall Street analysts during the company's earnings call Thursday. "If you look at some of the other, bigger players in effectiveness of endpoint, we are a lot, lot better."

Clark said Symantec edges rivals at protecting enterprises against malware in the endpoint by leveraging both traditional, signature-based protection and detection technologies, as well as artificial intelligence. 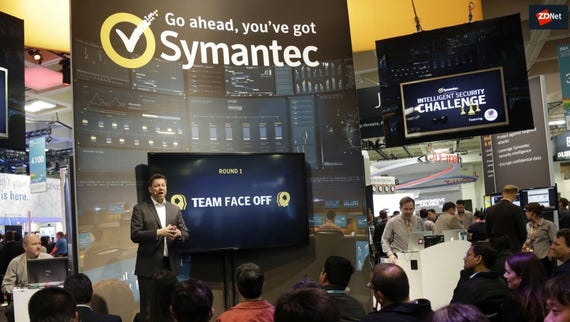 Enterprise security sales dropped to $574 million, down 16.3 percent from $686 million the year prior. Consumer digital safety revenue came to $601 million, up 8.5 percent from last year.

The company said the latest update is focused on securing business applications in the cloud and protecting the cloud infrastructure they rely on.

Symantec says that some previous financial results will need to be revised.