The 5 most over-hyped tech devices

We love our gadgets and new tech, but sometimes we -- or their makers -- get way too excited about them. Sometimes, though, great successes emerge from these failures.
Written by Steven Vaughan-Nichols, Senior Contributing Editor on July 6, 2020 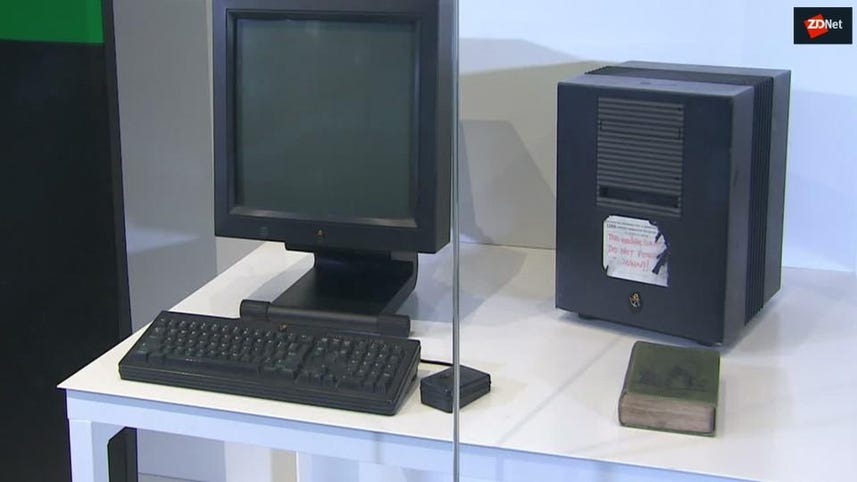 I just noticed the Segway is being retired (sigh) and that many publications are labeling it the most over-hyped technology product of all time, which, of course, got me thinking.

At my home in Asheville, we sometimes have tourists cruise by on Segways, and I always liked the two-wheeled self-balancing devices. OK, the Segway never changed the world, despite venture capitalist John Doerr predicting it would reach $1 billion in sales faster than any company in history, and that it might be bigger than the internet.

But there have been many over-hyped technologies. Let's look at some of these high-flying crashes.

OK, mea culpa. I may like the Segway, and there are many of them still out there running around malls and tourist locations, but yes, it was over-hyped. Besides Doerr's famous prediction, Steve Jobs also declared the Segway could be as significant as the development of the personal computer. Uh, no.

With a 2001 price tag of $5,000 (or $7,384.31 in 2020 dollars), the Segway was just too expensive. Throw in a few fatal accidents, and most people probably know more about Segways from Paul Blart: Mall Cop then from seeing them on sidewalks.

That said, Segway technology lives on in wheelchairs. The classic Segway didn't live up to its promise, but the technology may yet change the world.

Amazon is a trillion-dollar company. The coronavirus pandemic is helping it bring in more cash than ever. So, you think Amazon retail can do no wrong? Think again.

In 2014, Amazon released its first -- and as it would turn out its only -- smartphone, the Amazon Fire Phone. Amazon CEO Jeff Bezos said, when it was introduced, "Our job is to build the greatest device we know how to build and then customers will choose. The other job we have is to be patient."

Patient? Everyone -- and I mean everyone -- hated this phone. Less than two months after the $199 smartphone launched, Amazon had cut its price to a give-away 99 cents. Amazon's next quarter saw a much greater than expected net loss of $437 million. Bezos gave up. It took over a year, but Amazon finally got rid of its last Fire Phone. Good-bye and good riddance!

Why did it fail so hard? First, pricing, but it was more than that. For its day, it had flagship phone pricing with sub-par components and poor software. Don't cry too much for Amazon. Four months after the Fire Phone was released, Amazon released a new kind of gadget: A smart speaker called Echo with Alexa voice recognition. You may have heard of it.

Has it really been eight years since two sky jumpers landed on the roof of the Moscone Center in San Francisco and biked down to the keynote floor to hand Google co-founder Sergey Brin the first pair of Google Glass? Yep.

The idea of having a computer display embedded in glasses isn't that new. Heck, I was test-driving a wearable computer with a glasses display in the mid-90s that ran Windows 95. Google gave it buzz, though. I, for one, would have been happy to buy a $1,500 Google Glass prototype. Alas, it was never to be.

While Google Glass became, briefly, wildly popular, the reaction against their over-enthusiastic fans, who became known as "glassholes," was even stronger. Google even found it necessary to tell its users how not to be glassholes. Despite that, when Google Glass finally went out on sale in 2014, they sold out.

So, why aren't we all wearing them now? I'm honestly not sure. I still think smart glasses make perfect sense. Why should I look at my smartwatch or phone when I can just say, "OK Google, tell me how to get to the diner?" and have the map pop up in front of my eyes.

I may think that, but it turns out not many other consumers don't agree with me. Google Glass and other augmented reality glasses, such as the Epson Moverio BT-300, never broke into the mass market. Instead, Google decided to go after the business market in 2017 with the Google Glass Enterprise. Earlier this year, Google released Glass Enterprise Edition 2. So, it's clearly successful in businesses such as logistics, manufacturing, and field services.

But did it live up to its hype? Oh no. Not even close. Other companies haven't given up on the idea, however. Solos and Everysight Raptor have created smart health-monitoring glasses for cyclists. Someday, and it may be soon, smart glasses may yet become as common as smartwatches are now.

It was the year 2000 when Digital:Convergence released CueCat, a little barcode scanner that linked print magazine and catalog ads to websites. J. Jovan Philyaw, a former infomercial producer, managed to get $185 million from investors including Radio Shack, Coca-Cola, and NBC, in the late 90s for this gadget. He must have been very good at conning -- ah, convincing -- companies this was a good idea. It wasn't.

It was the year 2000. Print's day was rapidly coming to an end. Besides, who wanted to scan anything from a page when you could just type a keyword into AltaVista, the best search engine of its day, and get results faster?

Besides, CueCat's business plan depended not only on "click-throughs" to a specific site, but it also let the companies know which publication and page the user was scanning. Then, as now, people valued their privacy, and users quickly turned against CueCat. In 2010, Time Magazine labeled CueCat one of the 50 worst inventions of all time. It wasn't wrong.

Before Steve Jobs became Apple's all-powerful prophet and leader, he was the guy who had been pushed out of Apple by then-CEO John Scully.

So, Jobs went on to found a new company, NeXT, which released a new high-end workstation, The NeXTCube, in 1988. It was a beautiful machine. "Everyone," as top technology editor Esther Schindler, puts it, "I knew swooned… but at $10K it was overpriced and then they went too narrow with only universities. No opportunity for early adopters."

Well, there was some room for early adopters. I was one of them. But there were darn few of us. At most, NeXT sold just over 50,000 units. It was just too expensive.

The product may have been a failure, but Apple under Jobs was on its way to becoming one of the most powerful companies the world had ever seen.

Deals
5 tips to help you land that dream tech job