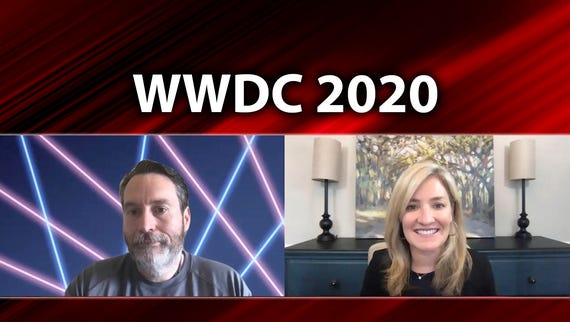 If the WWDC 2020 keynote showed anything, it's that the silicon powering an iPad Pro is good enough to deliver a desktop experience. But rather than use that to continue to power a separate desktop experience, Macs are beginning their transformation to an experience that is familiar to iPhone and iPad users.

For existing Mac users, this is the slow death of the Mac as we know it.

Now, nothing is going to happen overnight. In fact, that two-year time frame that Tim Cook outlined is only a time frame for Apple shifting to Apple Silicon, and there will be Intel Macs in the ecosystem for years to come.

Interesting aside -- this does raise the question of whether high-end systems such as the Mac Pro and iMac Pro will make the shift to Apple Silicon within that time frame. Is Apple Silicon ready to take on Intel's Xeon processors?

But with the shift to macOS 11, the Mac as we know it is dead, much as the smartphones that we once knew were dead when the iPhone landed.

First off though, just to clarify, I don't think Macs are going to go away any time soon.

I've no doubt that the Mac form factors -- desktops, laptops, and all-in-ones -- will be around for the foreseeable future. But Apple has always found it hard to grow its Mac business. The last time we had solid data on sales, Apple was selling around 20 million Macs a year. That's a lot, but Mac sales had been pretty stagnant for years, while iPhone sales rocketed.

Compared to the combined might of the iOS and iPadOS ecosystems, Mac is a niche.

What Apple has kicked off at WWDC 2020 is a process of bringing the iOS and iPadOS experience to the Mac, likely with the hope of making Macs more appealing to consumers whose only contact with Apple has been through post-PC devices.

And there are huge benefits to Apple in making this move. One of the biggest is that it can turn the Mac into a closed ecosystem and push software sale through the App Store.

I'm also expecting Apple to do some new things with the Mac. For example, offering built-in cellular, just as it does with the iPad, would appeal to many.

The future of the Mac is in the hands of people who see a laptop or a desktop as an accessory to an iPhone or iPad, not the other way around.

Where it goes from there is anyone's guess.

Join Discussion for: The slow death of the Mac as we know it