Access to the Kacific1 satellite will provide 89 outer islands with broadband speeds comparable to those seen in Tonga’s major cities.
Written by Corinne Reichert, Senior Reporter on April 14, 2019 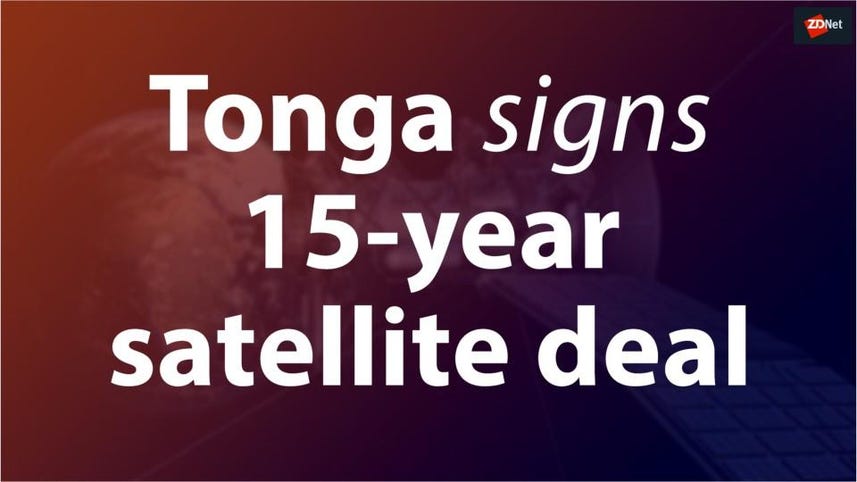 The agreement between Kacific and government company Tonga Satellite will see 89 outer islands gain access to bandwidth from the high-speed Kacific1 satellite.

"In the case of a fibre cable outage, similar to the one experienced over 12 days in January 2019, the satellite bandwidth can be redistributed and shared with Tonga's main centres," Kacific said.

"Until now, rural areas were depending on urban centres to distribute their bandwidth to them. With Kacific's solution for Tonga, urban centres need rural and remote areas in reciprocal cooperation to complete the urban infrastructure build-up."

"The Kacific system is uniquely designed for the rural and remote areas of our Pacific nations and beyond ... finally completing full broadband access to all residents of Tonga," Tui'Uata said.

The minister additionally lauded Kacific's "responsiveness and efficiency" following the subsea cable outage at the start of the year.

"This system also uniquely provides backup to avoid deep digital disruption as we have observed in our recent fibre cut," he said.

After a 12-day outage, the subsea cable between Fiji and Tonga was repaired on February 3, after originally falling over on January 20 with a second fault subsequently found.

The 827km submarine cable between Tonga and Fiji connects to the Southern Cross Cable. It went live in August 2013, and was funded jointly by the Asian Development Bank and the World Bank. It was later extended out to the Ha'apai and Vava'u islands in April 2018.