Starting with on-demand vehicles, the pair are aiming at autonomous vehicles by the middle of next decade.
Written by Chris Duckett on Oct. 4, 2018 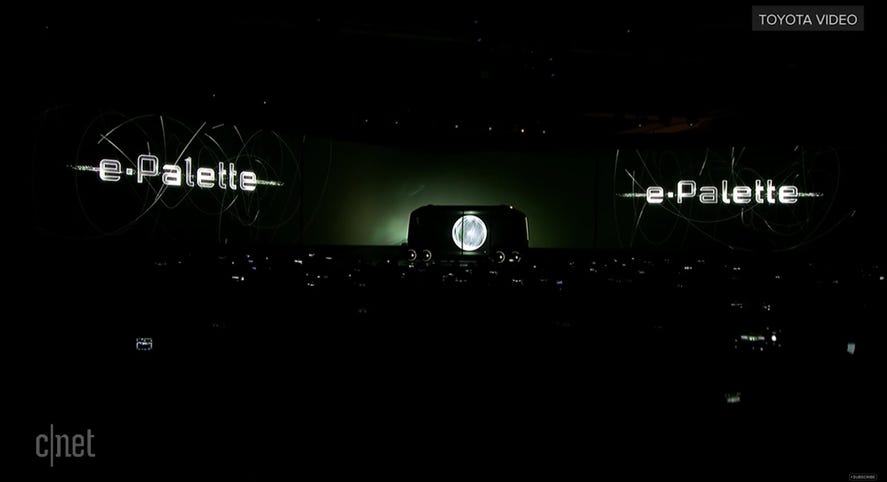 Japanese corporate giants Toyota and SoftBank have formed a joint venture that will see Toyota's vehicles paired up with SoftBank's software.

The 2 billion yen ($17.5 million) company, dubbed Monet Technologies, will be formed by April 2019, and will have SoftBank CTO Junichi Miyakawa as its president and CEO. SoftBank will have a 50.25 percent stake in the venture, with Toyota picking up the remainder. The companies said Monet will receive 10 billion yen of capital in the future.

Monet will be tasked with initially creating just-in-time vehicle dispatch services for Japanese government agencies and companies, the pair said.

The venture also has the amorphous target of creating an autonomous mobility-as-a-service business using Toyota's e-Palette electric vehicle by the "second half of the 2020s".

"Possibilities include demand-focused just-in-time mobility services, such as meal deliveries vehicle where food is prepared while on the move, hospital shuttles where onboard medical examinations can be performed, [and] mobile offices," the companies said.

Monet will first focus on Japan before it expands elsewhere, and will "provide coordination" between the car giant's Mobility Service Platform and SoftBank's Internet of Things (IoT) platform.

Toyota unveiled e-Palette at CES in January, saying it would be useful for on-demand use cases for retail experiences, personal shops, markets, showrooms, and office sharing while transiting to and from the workplace.

"It is my goal to transition Toyota from an automotive company to a mobility company," Toyota president Akio Toyoda said at the time.

"We are moving from software to the platform ... it's the platform that will be the backbone for mobility as a service, for autonomy, for car sharing, for any number of services that we want to make possible."

Already this year, Toyota entered a 300 billion yen partnership named Toyota Research Institute-Advanced Development alongside Aisin Seiki and Denso, and ploughed $500 million into a self-driving vehicle partnership with Uber that is also looking into autonomous mobility as a service.

Sprint is in the midst of merging with T-Mobile in a $26 billion transaction.

Toyota to invest $1B in SEA ride-sharing operator Grab

The US$1 billion investment will focus on development in connected cars and mobility offerings in Southeast Asia, and give Toyota a seat on Grab's board.

The two companies will work together with the aim of piloting autonomous ride-sharing services by 2021.

AI applied to taxi services in trials have predicted demand with a 94.1 percent accuracy rate.