Full Bio
Posted in Between the Lines on November 20, 2018 | Topic: Mobility 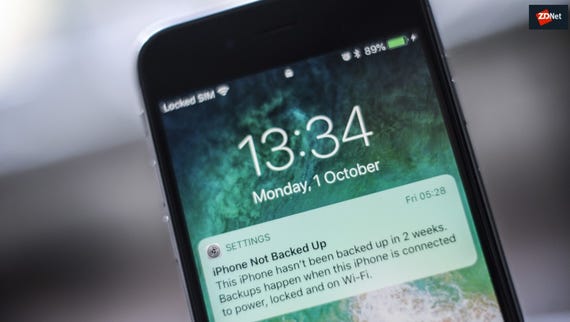 The Tumblr app vanished suddenly from the Apple App Store several days ago and it has now been confirmed that the spread of child pornography on the blogging platform was at fault.

While some originally wondered whether the removal of the app was due to a technical problem, Tumblr told sister site CNET that the app was removed as illegal child pornography was not being stopped by the platform's filters and protections.

"We're committed to helping build a safe online environment for all users, and we have a zero-tolerance policy when it comes to media featuring child sexual exploitation and abuse," a company spokesperson told CNET.

At the time of writing the Tumblr app can be downloaded from Google Play but remains unavailable on Apple's App Store.

Tumblr partners with organizations including the National Center for Missing and Exploited Children (NCMEC) to compare uploaded material to databases of unacceptable and illegal content.

However, the industry database used to monitor for child pornography did not manage to spot or stop the content which forced the withdrawal of the app based on Apple's terms and conditions, which deem "expressions of abuse, offensive language or images, obscenity or pornography (including but not limited to child abuse or child pornography, and/or depictions of minors engaged in sexual conduct or explicitly sexual situations)" unacceptable.

See also: As Kurian takes over at Google Cloud Platform, here are the big questions

Tumblr says that every image uploaded is compared to known material, but after a routine audit, it was discovered that child pornography had made its way onto the platform "that had not yet been included in the industry database."

CNET: Tumblr to crack down on hate speech and violence

"Content safeguards are a challenging aspect of operating scaled platforms," Tumblr says. "We're continuously assessing further steps we can take to improve and there is no higher priority for our team."

In the meantime, the app will remain off the App Store and iOS users will be unable to download the service.

"We're working to resolve an issue with the iOS app and hope to be fully functional again soon," Tumblr said in a statement. "Thanks for hanging tight while we work on this."