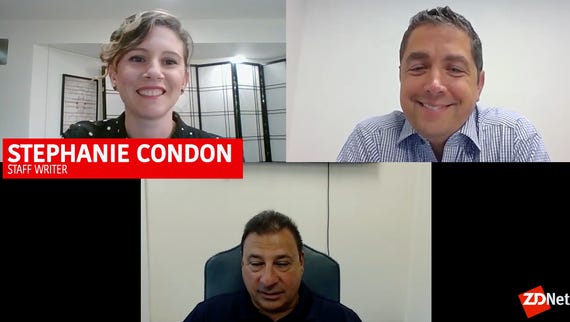 How police work is evolving, thanks to voice recognition and the cloud
Watch Now

November has been a month of consolidation for voice recognition software maker Nuance. After selling its document imaging business for $400 million last week, Nuance just announced that it plans to spin off its automotive division into a separate, publicly traded company called Nuance Auto.

Nuance said the move will help the company become more focused on its healthcare and enterprise verticals, while giving the automotive segment more room to develop its conversational AI platform.

"We are incredibly proud of the Auto business we've built, and at the same time we recognize the growing excitement around automotive technology," said Nuance CEO Mark Benjamin. "We are excited to launch this business for long-term success by separating it into an independent, focused company."

Nuance said the automotive business generated revenue of $279 million in fiscal 2018. The software it sells to automakers is integrated into infotainment systems to power conversational automotive assistants. Nuance estimates that its automotive software can be found in more than 200 million cars today including those from Audi, BMW, Daimler, Ford, GM, Hyundai, SAIC and Toyota.

Nuance also reported earnings on Monday. The company posted a net loss of $35.1 million, or 12 cents per share. Non-GAAP earnings were 38 cents per share on revenue of $532.9 million, up 14 percent from a year ago.

Wall Street was looking for earnings of 32 cents a share on revenue of $525 million. Shares of Nuance were down slightly after hours.

"As we define this new era for Nuance, we are sharply focused on building a global, conversational AI business that is capable of sustainable, long-term revenue and earnings growth," Benjamin said. "We are transitioning to cloud-based, intelligence-driven solutions, and allocating resources to ensure maximum success in our high-growth core markets."

Join Discussion for: Nuance spins off automotive segment into...