Full Bio
Posted in Between the Lines on November 19, 2018 | Topic: Finance 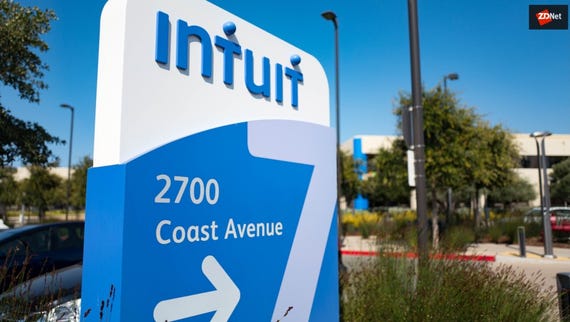 Intuit had a strong first quarter as it continues to grow revenue from its online ecosystem. The personal and small business financial software maker reported a Q1 net loss of $10 million million, or 13 cents per share, compared to a loss of $35 million a year ago.

Non-GAAP earnings were 29 cents per share on top of revenue of $1 billion, up 12 percent year over year.

Wall Street was expecting earnings of 11 cents per share with $968.88 million in revenue. Intuit's shares were up around 6 percent after hours.

Intuit said it expects Q2 EPS ranging from a 85 cents a share to 88 cents a share, which falls well above analyst estimates for 77 cents a share. Revenue is expected to range from $1.47 billion to $1.49 billion, above current estimates of $1.45 billion.

"Small Business and Self-Employed Group delivered another strong quarter and we expect momentum to continue as we place an increased emphasis on online services to deliver greater value to our customers," said Intuit chief executive Brad Smith While this is great start to the year, there's plenty of game to be played, with our two largest quarters ahead of us."