A female statistician and a male inventor take home Engelbergers, the top honor in industrial robotics
Written by Greg Nichols, Contributor on May 25, 2018 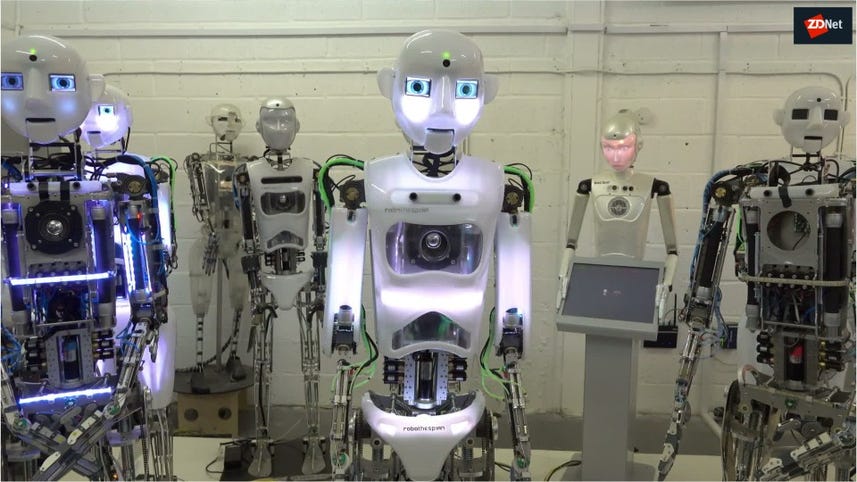 Two winners have been announced for the 2018 Joseph F. Engelberger Robotics Awards, considered the most prestigious honor in robotics.

Read also: The nerve: Tiny fibers give robots a new way to sense

The Award for Technology will go to Universal Robots CTO Esben H. Østergaard, who is one of the inventors driving collaborative robotics technology.

The Award for Leadership will go to Gudrun Litzenberger, General Secretary of the International Federation of Robotics (IFR), an international consortium that provides surveys, studies, and data on automation and its impacts to industry, governments, and organizations such as the United Nations.

Joseph F. Engelberger, for whom the awards are named, is often called the "Father of Industrial Robotics." An engineer and entrepreneur, he teamed up with inventor George Devol in the mid-1950s to found Unimation, the company behind Unimate, the first industrial robot.

The prize named in his honor has been awarded since 1977. Because of its relative longevity in the brief history of industrial automation, a look back at past winners provides a kind of sediment sample for the evolution of modern robotics.

A decade ago, Bala Krishnamurthy became the first woman of Indian descent to win the prize for her work on robots that can communicate with one another, an essential feature of modern industrial robots.

A decade before that, in 1989, Ichiro Kato, Japan's most celebrated roboticist, won the prize for his work on biomechatronics and early humanoids.

This year's winners provide a similar view onto the evolving automation landscape.

In his work with Universal Robots, Østergaard has helped bring advanced industrial robots outside safety cages, allowing humans and robots to safely work side by side.

By effectively shrinking industrial robots and making them safe and easy to use, he and others in the field have helped democratize automation. The ongoing integration of robots into small businesses represents perhaps the single greatest paradigm shift the industry has seen.

"His work in the field of collaborative robot applications has allowed robots to enter previously unthinkable sectors in just about every industry," says Jeff Burnstein, President of the Robotic Industries Association (RIA), which oversees the awards. "Østergaard's emphasis on robots that work side-by-side with people and are easy to use has created enormous interest among many small and medium sized companies who never even considered robots before."

Litzenberger's work has focused on measuring and analyzing the spread of automation, which is of paramount importance as governments and enterprises deal with the consequences of rapidly scaling up robotic technologies.

"Gudrun Litzenberger has spent much of her career helping our industry better understand the size and scope of the global robotics market," says Burnstein. "Her work has established the IFR as the leading source of global robotics statistics during an era when the interest in robotics is growing exponentially."

The awards will be presented to the winners in a ceremony in Munich on June 20. If I know robotics engineers, the after party will be the hot ticket.

Security
How can I keep junk email out of my inbox without juggling two or more email accounts? [Ask ZDNet]