That's equivalent to the weight of 350 cruise ships the size of the Queen Mary 2.
Written by Aimee Chanthadavong on July 2, 2020 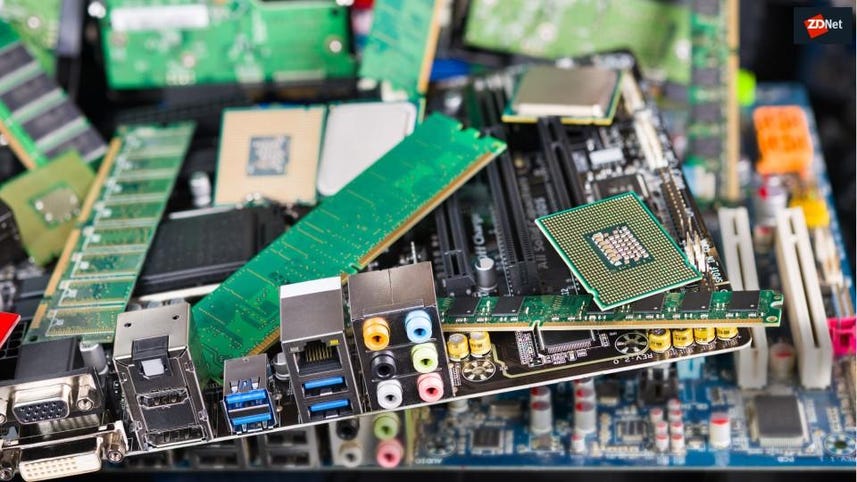 The amount of electronic waste (e-waste) that was produced globally in 2019 reached a record of 53.6 million tonnes (Mt), up 9.2 Mt in five years, according to the United Nation's (UN) global e-waste monitor 2020 [PDF].

The UN defines e-waste as any discarded products with a battery or plug, and features toxic and hazardous substances such as mercury, that can pose severe risk to human and environmental health.

According to the report, 17.4 Mt of total e-waste in 2019 comprised of small equipment, while 13 Mt was large equipment, and temperature exchange equipment accounted for nearly 11 Mt. Screens and monitors, small IT and telecommunication equipment, and lamps represented 6.7 Mt, 4.7 Mt, and 0.9 Mt, respectively.

According to the report, Asia was the biggest culprit, generating the greatest volume of e-waste during 2019 of nearly 25 Mt, followed by Americas at 13 Mt, and Europe at 12 Mt. Meanwhile, Africa and Oceania generated 2.9 Mt and 0.7 Mt, respectively.

On a per capita basis, however, Europe and Oceania were on top of the chart with just over 16 kg per capita, and America at around 13kg. Asia was on the lower end of the spectrum at 5.6 kg per capita, while Africa was only 2.5 kg.

Based on the numbers per capita, the report identified that the average man, woman, and child discarded on average 7.3 kg of e-waste in 2019 on a per capita basis.

While the number of countries that have adopted a national e-waste policy, legislation, or regulation in the past five years increased from 61 to 78, only 17.4% of e-waste was collected and recycled in 2019, according to the report. This meant roughly $57 billion worth of gold, silver, copper, and other components that are considered "recoverable materials" were dumped or burned, the report said.

"Substantially greater efforts are urgently required to ensure smarter and more sustainable global production, consumption, and disposal of electrical and electronic equipment. This report contributes mightily to the sense of urgency in turning around this dangerous global pattern."

See also: These 10 technologies are most likely to help save planet Earth

Based on the latest numbers, the UN predicts that global waste will reach 74 Mt by 2030, believing it will be fuelled by higher electric and electronic consumption rates, shorter lifecycles, and limited repair options.

"This sharp rise creates substantial environmental and health pressures and demonstrates the urgency to combine the fourth industrial revolution with circular economy. The fourth industrial revolution either will advance a new circular economy approach for our economies or it will stimulate further resource depletion and new pollution waves," International Solid Waste Association president Antonis Mavropoulos said.

Earlier this year, Microsoft announced ambitious plans to be carbon negative by 2030, with the company hoping that by 2050, it will have removed from the environment all the carbon that has been emitted by its business -- directly and by electrical consumption -- since it was founded in 1975.

Its plan will see Microsoft take responsibility for its carbon footprint by being a voice for lowering emissions, being "grounded in science and math", investing in carbon reduction and removal technology, and providing transparency.

It will also electrify its global campus operations vehicle fleet by 2030.

"The world's climate experts agree that the world must take urgent action to bring down emissions," Microsoft said in a blog post.

"Ultimately, we must reach 'net zero' emissions, meaning that humanity must remove as much carbon as it emits each year. This will take aggressive approaches, new technology that doesn't exist today, and innovative public policy."

The fund, named after Amazon's Climate Pledge, will invest in companies that are building products and services to help reduce carbon impacts and make it easier for companies to transition to being net-zero in carbon output.

Amazon's Climate Pledge, made in September last year, is a commitment to reach 100% renewable energy by 2030 and to be net-zero carbon across its business by 2040.