Lenovo has updated its ThinkPad laptops for 2018 with new CPUs, USB-C power adapters, and docking system.
Written by Liam Tung, Contributor on Jan. 4, 2018 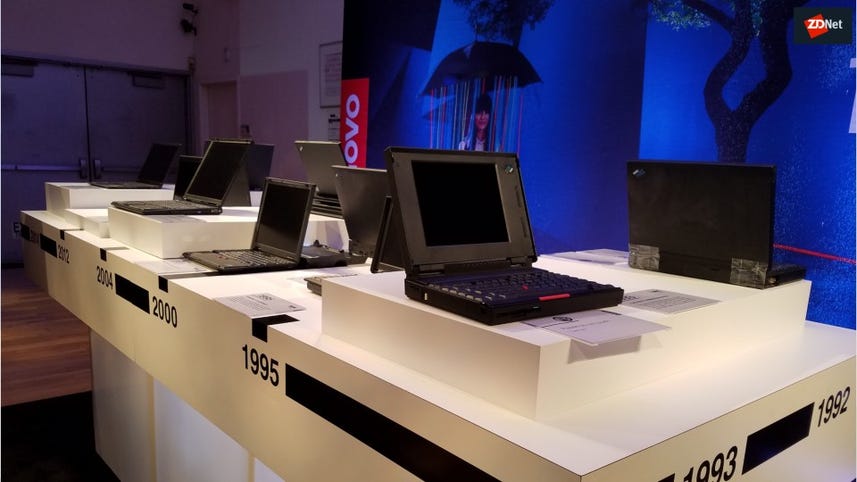 Video: The ThinkPad is 25 and Lenovo is celebrating

Lenovo has revealed pricing and some specs for its 2018 enterprise laptops in the ThinkPad X, ThinkPad T, and ThinkPad L series.

The company's 2018 Windows 10 laptop lineup introduces slimmer and lighter designs that all come with Intel's 8th generation Core processors and new physical webcam shutters, which can keep snoops out without resorting to ugly tape or torn Post-it notes.

The laptops also bring broader support for facial recognition in Windows Hello with IR cameras, USB Type-C power adapters, and a new slide-to-connect docking system designed to work with 12-inch, 14-inch, and 15-inch ThinkPad laptops. All the laptops will be available in the first quarter.

The 12.5-inch X280 is 20 percent lighter and 15 percent thinner than its predecessor, weighing 2.5lb and coming in at 17.4mm thick. Rapid charging offers an 80 percent charge in one hour and up to 16.6 hours of battery life.

The slightly larger 13.3-inch X380 Yoga has the signature Yoga foldable display and introduces Lenovo's Active Pen and an IR camera for Windows Hello facial recognition. The ThinkPad X280 starts at $999 while the X380 Yoga starts at $1,459.

Lenovo bills the ThinkPad T Series as the "perfected corporate workhorse", which comes in three variants, including the 14-inch ThinkPad T480s and ThinkPad T480, and 15-inch ThinkPad T580. All three feature an IR camera for Windows Hello, as well as a fingerprint reader and Lenovo's physical shutter on the webcam.

The ThinkPad L Series has the lowest starting prices and introduces new 13-inch options as well as slimmed-down versions of the 14-inch and 15-inch laptops. The 13-inch models include the ThinkPad L380 and the two-in-one ThinkPad L380 Yoga.

All the L Series laptops are available with optional multi-touch displays while the L580 can be configured with discrete AMD graphics.

The Yoga 920 builds on the excellence of the 910, resulting in an impressive 2-in-1 with only minor drawbacks.

The company also managed to beat analyst expectations in Q2 2017.