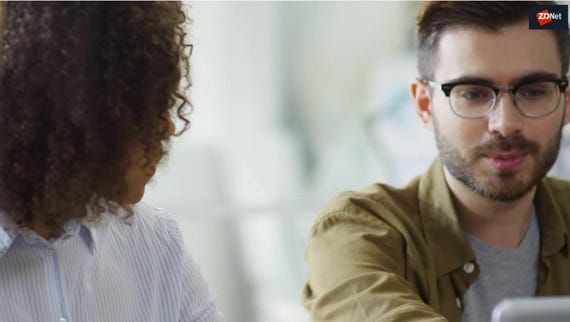 If you need tools to do your job, yet work does not provide them for you, do you turn to non-approved alternatives? A new survey suggests the use of unapproved messaging apps is more widespread than HR thinks.

It wanted to understand their existing internal communications practices as well as their needs, frustrations, and preferences for employee engagement.

Non-desk workers are people who typically work on their feet in settings like retail stores, hotels, restaurants, bars, production facilities, warehouses, and hospitals.

Almost one in five (18 percent) of non-desk workers use messaging apps such as WhatsApp, Facebook Messenger, Skype, or Telegram as the primary channel to communicate with fellow colleagues, managers, and the head office.

Over half (53 percent) of the respondents said they use messaging apps for work-related matters between one and six times each day. However, 16 percent of the respondents answered 'no' when asked if their HR or internal communications departments are aware of this usage.

When respondents were asked about the most important criterion for how they want to receive internal communications from their company, the top answer was to learn about new products, promotions, and offers (weighted score of 9.31).

Lack of collaboration and information sharing can hamper two-way communications.

Over one in four (27 percent) of the respondents said their biggest frustration with how their company delivers two-way communications is the lack of collaboration and sharing of relevant company or product information, and learnings with their fellow colleagues, teams, office staff, and management.

With the EU General Data Protection Regulation (EU GDPR) in effect since May 25, 2018, many businesses now ban the use of apps like WhatsApp and Snapchat in order to comply with EU GDPR.

Understandably, Deutsche Bank has banned the use of SMS, WhatsApp, and other messenger services as of January 2017 due to the stringent documentation obligations that fall on banks for regulatory compliance.

According to Patrick Van Der Mijl, co-founder of Speakap:

"Just because these tools are popular or preferred doesn't mean they are the right choice. There are three serious problems with using tools like WhatsApp and Facebook Messenger for employee communications -- digital wellbeing, data security, and regulatory compliance.

Worse yet, the unapproved use of these tools could potentially cause a company to fail an audit without ever causing a data breach, especially in highly regulated industries."

So what is the solution? Install an intranet with messaging functionality that mobile-first workers can use to communicate? Or install policies on employee's mobile devices so that they can only use authorized apps and features?

As long as employees can get their work done, then perhaps letting them use the tools they need to work efficiently will be the best option for them. As long as they are not in tightly regulated environments, would you let your employees do their best work – with the tools they already use?

How to keep your employees satisfied in the workplace

Millennials and Gen Z in the workplace are embracing non-traditional workplace structures, interesting perks, and a willingness to work for a smaller company, or lower salary to get a creative company culture.

Video use is booming in organisations according to new report

Platforms today need to thread all necessary information, knowledge, and business tools into a single point of productivity.

Join Discussion for: Workers use unapproved messaging apps to...