Your next personal trainer could be a robot

A new study from Zurich demonstrates that people learned new rowing skills faster when a robot taught them how to do it.
Written by Kelly McSweeney, Contributor on Feb. 21, 2019 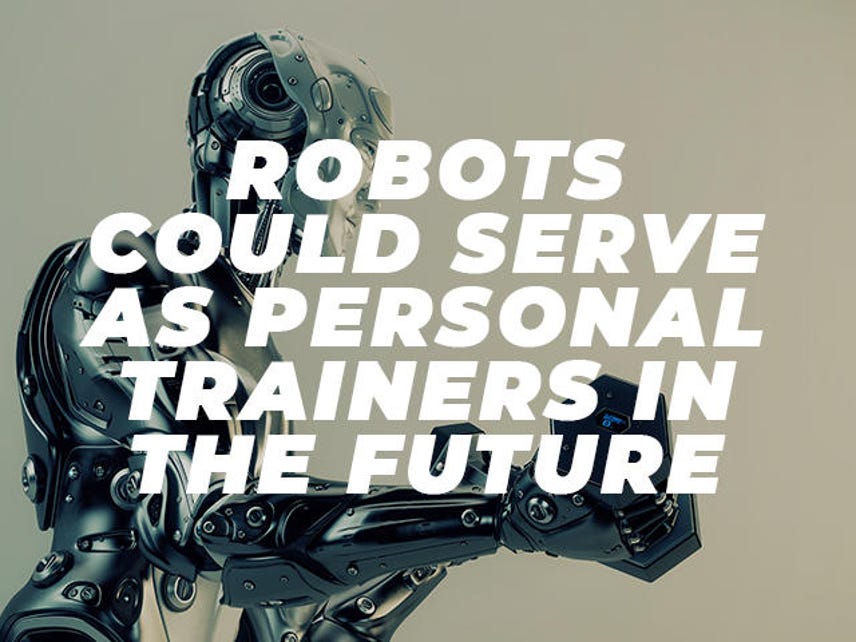 In a new study from ETH Zurich in Switzerland, robots successfully taught humans how to row, demonstrating how robotic personal trainers could be used in the future.

Georg Rauter, lead author of study that published in Science Robotics, tells ZDNet, "Especially for the large number of hobby athletes that cannot afford professional 1-to-1 training sessions, future possibilities to rent time in robotic gyms could be of great interest to train more effectively."

In the study, participants with no prior rowing experience practiced using rowing simulator. While the participants were rowing, the robotic trainer performed data analysis online in real time. When a participant messed up, such as moving the oar the wrong way, the robot immediately called attention to the error, either visually, with sounds, or through haptic (touch) feedback.

"For the experimental group, the online data was directly analyzed and the simulator adapted the feedback for each individual participant in a way to address the participant's worst error," Rauter explains.

The control group received the same feedback as a similar participant from the experimental group. The result: The group that received personalized feedback from the robots learned faster than the control group.

"Not only did the provided feedback allow learning of the task, but due to a closed-loop setting of human performance assessment and accordingly individualized feedback by a robotic system, human motor learning could be accelerated," Rauter says. He adds, "The current study shows that rather simple concepts such as online adaptation of feedback dependent on the worst performance of a human is feasible and effective."

This simple concept could also be applied to other examples of motor learning. Like many jobs, eventually, robots could replace personal fitness trainers and specialized sports trainers such as golf and tennis pros. But they could also be used to expand existing sports and fitness plans. Robotic training systems could be added to gym memberships or be used to supplement personal training programs. For example, a fitness regimen could include in-person training sessions with a human once a week, plus personalized workouts at home with a robotic trainer.

Prior to this study, other researchers have also experimented with robots in sports training for golf, tennis, ping pong, volleyball, boxing, and skiing. Unfortunately, robotic technology and hardware are currently too expensive for widespread adoption of robotic trainers.

"Nevertheless, similar to the boom observed in virtual reality hardware and applications of the last years, a boom for robotics might help to make robotic trainers available to the general public," says Rauter.

The promising results of ETH Zurich rowing study help prove that robots can be helpful for teaching skills that involve motor skills.

The lessons learned in this study could be useful for other applications of robotic-assisted learning that go beyond sports, especially for scenarios where the task is critical and can only be executed once in real life. The researchers suggest that robotic trainers would be useful for astronaut training, pilot training, and surgery. Another potential application is physical rehabilitation, where just like in the rowing scenario, the robots could personalize physical therapy sessions and provide immediate feedback. Plus, the researchers point out, robots would help with repetitive actions that require physical effort by therapists, such as preventing patients from falling, helping them stand and sit, or moving the patient's limbs.

Rauter says, "The use of robots to relieve the therapist/trainers' physical effort can therefore decrease dependencies on other persons, and with that lower costs, and increase training duration."

He explains that using robots to teach physical movements is becoming increasingly popular, particularly in the medical field. According to Rauter, components such as motors and sensors become cheaper while they increased in performance and adhere to industrial standards that allow for fast and easy integration.

He adds, "At the same time, the required calculation power for operating a robot is easily available by today's computers."