​Lenovo to make bet on smart office: Here's why it makes sense

IT, HR and facilities are all in on the smart office effort, but so far we've gone open floor plan and nifty furniture, but much of office tech remains legacy. Lenovo starts sketching out a move.
Written by Larry Dignan on July 2, 2017 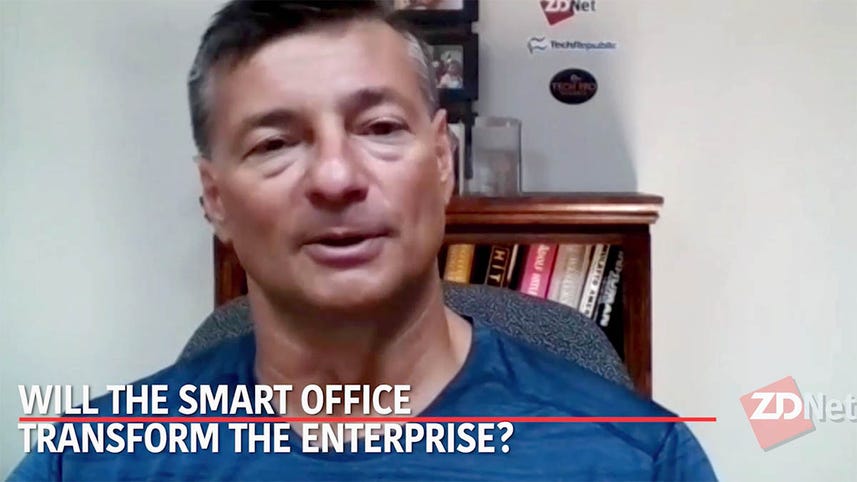 Lenovo plans to outline a series of products to target the so-called smart office in the months and years ahead with a plan that's still being formulated. Rest assured the smart office concept is going to become popular because a technology vendor can widen its addressable market considerably.

The big question is whether anyone will get the smart office right. By now we've been inundated with moves to boost productivity at work, enhance collaboration and give the base of workers warm fuzzy. We've had the open floor plan (better than the cube farm for sure, but there are drawbacks, noisy collaboration tools (insert email killing app like Slack here) and big screen devices that try to make meetings fun (Google's Jamboard and Microsoft's Surface Hub).

Yet these technologies either lock you into some collaboration stack, don't talk to each other or just suck more time out of your schedule. Let's get real: It's very hard to argue that the office is smarter. Your home and even your city probably run circles around the office.

So what's Lenovo going to do? We're not sure. But Christian Teismann, senior vice president of Lenovo's commercial business, recently outlined a few broad strokes. Here are a few highlights:

It's worth adding that corporations will have to fuse remote and disparate work hubs with this smart gear too. Can a smart office also bridge cultural gaps?

Lenovo is dead-on that the smart office can be a booming market. The catch is that the market may take time for an established technology vendor to crack. Surely, the Think brand for Lenovo is strong, but the company will have to iterate. "I can't promise you our first device will be super successful," said Teismann. "But we'll start with a product later this year, early next and evolve over the next 12- to 18-months with a broader product."

Of course, the broader question is whether the smart office is driven by hardware or software or perhaps sensors. Slack sure has established a few potential smart office building blocks. Consider:

For now, Lenovo will experiment with its own offices and work with customers and partners in its innovation centers. Apparently, the smart office is going to take a bit of trial and error and a lot of integration with various partners.