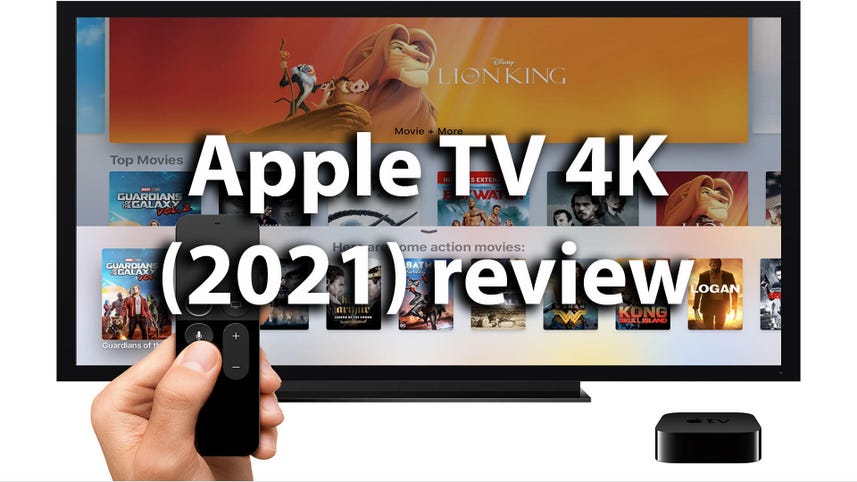 The last time Apple updated its Apple TV streaming box was in September of 2017. Since then, Apple has continued to add more features — like Apple Arcade gaming, Apple Fitness Plus and expanded HomeKit capabilities — along with a multitude of streaming services to the small black box. While it never felt underpowered, it did start to feel as if Apple was focusing more on services and software instead of the hardware.

Leading up to the announcement of the $179 Apple TV 4K (2021), speculation and rumors indicated Apple was working on a big update to the box. A faster processor, a better remote, enhanced HomeKit features, and possibly even a dedicated Apple gaming controller was all on the cards.

When Apple announced the new Apple TV, most of those expectations were met, save for a dedicated gaming controller (however, Apple added support for PlayStation and Xbox controllers). The new Apple TV 4K uses an A12 Bionic processor and, thankfully, comes with a brand new Siri Remote. A remote that's more difficult to lose, even though it lacks support for the company's Find My Network.

I've been using the new Apple TV 4K for the past week, in place of my personal first-generation Apple TV 4K. I've noticed subtle speed improvements in common tasks like switching between apps or browsing a service's show catalog, but the real star of the show is the new Siri Remote.

The last time I set up an Apple TV I was using the Apple TV remote app on my iPhone to type in user names and passwords. It was quicker than the previous process of using the Siri Remote and its touchpad to swipe around the on-screen keyboard, but still less than ideal, especially for someone like me who uses a password manager with complex passwords.

Setting up the new Apple TV 4K -- which uses the same process as all Apple TV models sold right now -- is vastly improved. You start by connected the Apple TV to your TV via an HDMI cable and plugging in the power cable. Next, unlock your iPhone and bring it within a few inches of the Apple TV.

A prompt shows up on your phone asking if you want to use all of your Apple ID information to set up a nearby Apple TV. You enter a code on your phone, and a few seconds later the Apple TV is set up with your Apple ID and it's downloading any apps or games you had installed on a previous Apple TV. It also restores common settings like Wi-Fi networks, placement of apps, and your cable/tv provider information.

What it doesn't carry over is your login information for all of the apps. So, for example, I had to sign back into Netflix, Paramount Plus and Discovery Plus (to name a few). Only, instead of having to use the app to type out or copy/paste my credentials, it now takes advantage of the password autofill feature in iOS. Meaning, as soon as I tap a text field, my iPhone asks if I want it to fill in my login information, and a tap later I'm signed in.

This is by far the best and most efficient approach to setting up a streaming device. It took me, maybe, 10 minutes, to swap out my old Apple TV 4K for the new model and get back to what I was previously watching.

As for the design of the box itself, well, not much has changed. I didn't compare external measurements but placing the two boxes side-by-side they look practically identical. On the back of the unit are an HDMI 2.1 port, an Ethernet jack and a power adapter.

It's (mostly) about the new remote

Inside that black box is Apple's A12 Bionic processor, an upgrade from the A10 processor used in the 2017 model. It also includes Wi-Fi 6 for increased wireless speed and reliability, along with support for Thread -- a fairly new smart home connectivity protocol. The first Thread device that Apple released was the HomePod Mini, which allows it to directly connect to compatible Thread accessories like Nanoleaf's smart bulbs.

Speaking of streaming, the Apple TV 4K supports streaming compatible shows in 4K, 4K HDR, High frame rate HDR, Dolby Vision and has Dolby Atmos support as well. I was able to test all of those features, with the exception of high frame rate HDR -- because my TV doesn't go past 60 frames-per-second. Maybe one day I'll upgrade my TV, but until then, 60fps is as good as it's going to get. That said, I did watch some ice skating races in the Redbull streaming app, and the picture was clear, smooth and free of any motion blur despite the fast-paced sport trying its best.

Small speed improvements aside, over the last week there's been an area that's completely changed how I, and my family, use the Apple TV: The new Siri Remote.

Apple completely redesigned the new Siri Remote, making it bigger and thus less likely to fall between your couch cushions. The remote no longer has a large touchpad that's used for navigation and making selections. Instead, there's a circular clickpad that has touch-controls integrated into it. It's reminiscent of the wheel on Apple's beloved iPod.

Under the clickpad, there's now a dedicated back button, a TV button, a play/pause button, a dedicated mute button and volume controls. You can still trigger Siri on the remote, but the button to talk to the digital assistant is now found on the right edge of the remote.

Oh, and there's a dedicated power button at the top of the remote that controls your Apple TV and anything attached to it. Press the power button to turn your Apple TV, TV and sound bar on. Hold it in for about a second and all of those same devices will power down. Previously, the only way to use the Apple TV to turn everything off was to hold in the TV button until Control Center opened on the Apple TV, then select turn everything off.

Not only did we manage to not lose the remote once over the last week, my wife, kids and myself have enjoyed the new clickpad with touch controls. It's far more accurate to use when scrolling through a content library. You can swipe across the entire pad and outer edges to use it much as the old touchpad worked, but when you need finer control, you can press on the outer ring of the pad. One click means your selection moves over one spot. Then press in the middle circle to make your selection.

The idea of the touchpad being familiar on the last Apple TV Siri Remote made sense, but something got lost in the translation of finer movements on the remote being relayed to the Apple TV. This was never more apparent than when trying to fast forward or rewind a show.

With the new remote, you can press on the left or right side of the outer ring to jump ahead or back in 10-second increments. On the old remote, you could do this but you had to press at the very edge of the touchpad, and if you weren't in just the right spot you'd pause the show instead.

But what if you want to jump ahead to the middle of the show? With the new Siri remote, you can press pause (either with the play/pause button or by pressing on the center of the clickpad), then place your thumb on the outer ring of the clickpad. Slowly move it along the edge of the pad, and you'll see a circle display on the scrubber on your TV. Once you see that, you can move your thumb in a circle around the edge of the clickpad to go forwards or back. It's a much more intuitive and more reliable method for moving around in a movie.

The best part about the new Siri Remote? It will work with the Apple TV HD and the 2017 Apple TV 4K, not just the most recent model. Apple is selling the remote on its own for $59.

The new Apple TV 4K is the streaming device to get for anyone who's invested in the Apple ecosystem, whether it's your first steaming device or you're adding another to your home. From acting as a hub from your HomeKit devices to expanding Apple Arcade to your TV, or giving you a large display for your Apple Fitness workouts, it's an extension of the Apple products and services you already enjoy on your iPhone, iPad or Mac.

If you already have an Apple TV 4K and you're happy with its performance, there's not a big reason for you to upgrade, outside of the remote. But Apple sells that Siri Remote for $59, by itself.

But if you have an old Apple TV HD and are ready to make the jump to a 4K device, I don't see why you wouldn't get the new Apple TV 4K. Yes, it's more expensive than the competition. But that's come to be expected from Apple products, and as frustrating and unfortunate as it is, it's more often than not worth it. And the new Apple TV 4K is no exception.