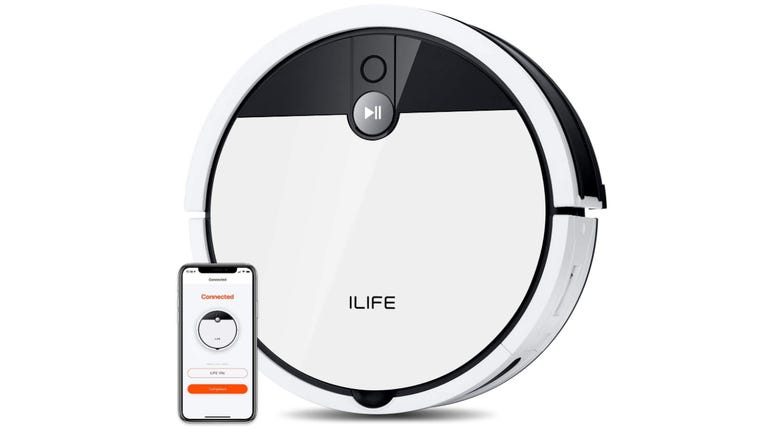 The iLife V9e robot vacuum represents a step up for iLife vacuum technology. Moving away from the traditional robot vacuum designs, the V9e robot has reinvented the way it sweeps floors.

At approximately 12 inches in diameter, the V9e is smaller than most of the robot vacuums I have reviewed, and taller at 4.4 inches. It is much louder too --  but why?

This robot vacuum uses a cyclone system to suck up dirt particles to the iLife's 700ml dustbin. It also has no roller brush; instead there is a soft silicone rubber mouthpiece under the vacuum that sucks up debris into the machine. The additional noise is due to the robot's 4000Pa suction power – to drive the cyclone.

The dustbin has a three-stage filter system including a HEPA filter. Ilife says that this removes up to 99.95% of tiny particles and allergens up to 0.3 microns in size.

I have been disappointed with the app performance in some earlier iLife models.

The company has done a lot of work on its app and connection was easy. Schedule and mode setting can be set in the app. You can use auto, and edge mode, or crank the motor up with max mode – at 3000Pa. Spot mode increases the suction power to 4000Pa.

If the V9e senses that its battery is getting low – after almost two hours of operation, It will return back to the dock, recharge, and resume cleaning when it is charged.

The map shows merely an approximation of the space it has cleaned. However, it usually finds its way back to its charging dock – I only have to rescue it and take it back to the dock about one in six times of use.

The map in the app bears little relation to the rooms cleaned – yet the V9e does cover all of the available space.

All in all for a little over $200, the iLife V9e robot vacuum is a superb, affordable single-function robot vacuum that is really powerful in use.

Its cyclone dustbin does appear  to collect a lot of dust from carpets and hard floors, and its lack of roller brush means it will need less maintenance over time. The compact iLife V9e robot vacuum is definitely worth your consideration.