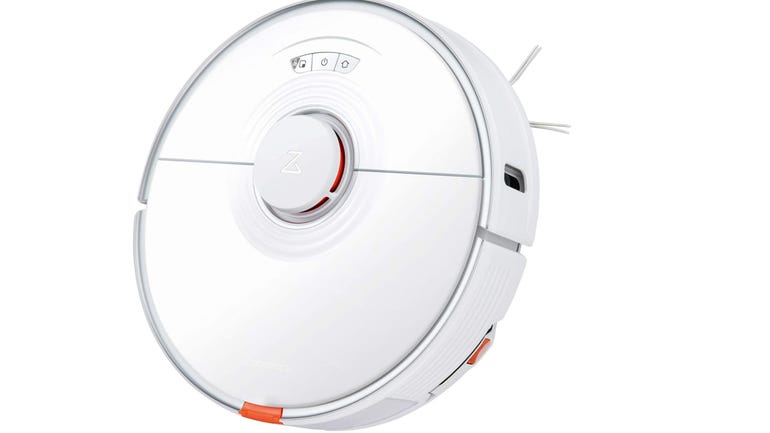 The Roborock range of robot vacuums is well built, and sturdy. With a comprehensive app that is easy to connect to, these robots are very much worth their mid-to-high price point. The new Roborock S7 robot vacuum, released to Amazon today, is a great addition to the Roborock range.

These single and multi-function robot vacuums will make your life easier.

The Roborock S7 is heavy at 4.7kg with a large capacity dustbin, water tank, and mopping module which are easy to insert and remove. It also has a washable filter to save on replacement costs.

Like most other Roborock models the S7 uses LIDAR to create a detailed map of your environment. It will recognise a multi-level space too, so its does not need to redraw its map each time it is relocated.

Its 5,200mAh Lithium ion battery will clean for up to three hours before it goes back to the dock to recharge. Its 2500Pa suction power means that the S7 is one of the most powerful robot vacuums on the market, yet it is fairly quiet compared to some other robot vacuums I have reviewed.

Unlike many other robot vacuums, the roller brush on the S7 is made from finned rubber which bounces dirt off the carpet with its vibration and will scrape pet and human hairs off carpets.

The biggest innovation in the latest model is the mopping module. Previous models dragged a mopping cloth over the floor, and often did not manage to remove dried on marks.

Only the pressure of the cloth over the floor wiped the area, and was not particularly effective on filthy, pet stained, or muddy floors. This mop module is a a potential game changer for anyone who needs a two-in-one robot.

The S7 mop module vibrates. Its "sonic vibration technology" means that its mop module plates vibrate from side to side 3000 times per minute which effectively acts to scrub the floor.

I have only seen this type of technology a couple of times. The Ecovacs Deebot Ozmo T8 has a vibrating mop module accessory which vibrates 480 times per minute, and the Hobot Legee 688 mopping module vibrates at 600 times per minute.

The app connects easily to the S7 without any of the connectivity issues that plague other robot vacuum apps. Download the Roborock app from the store, and connect using 2.4GHz Wi-Fi. You can also control the robot using Alexa, Siri, or Google Home.

The app lets you draw zones to clean, schedule cleaning times, and add no-go zones, no-mop zones, and invisible walls that the robot will not cross.

The app also has settings to change the mop scrubbing intensity from low to intense, and adjust the vacuum power from quiet, through balanced, to turbo, and max.

You can even change the mop route from standard to deep which will reduce the vacuum power, and move the robot in a tighter pattern so that it covers every area of the floor twice. This is really useful for deep cleaning floors that have not been cleaned for a while.

The S7 will mop up dried on stains through this scrubbing. You can select a zone for it to mop, or select the pin and go option which lets you set a specific area for the S7 to mop – such as the area close to an external door. The S7 will go straight there to clean

The mopping tank holds 300ml of water and its on-board dustbin will store up to 470ml of dirt and fluff.

In use, the S7 detects when it encounters carpets and rugs and it will lift the mopping module up to 5mm off the ground as it crosses onto the carpeted area.

The vibration and water feed stops when it transitions from hard flooring to the rug.

You can either let the robot do its thing and lift up the mop as it crosses onto carpet, or you can set zones that the S7 will not cross.

The app indicates which areas of the floor have actually been mopped by marking the areas with a broad white mark in the app map.

Ordinary vacuuming is marked with a thin white line. You can easily see which areas have been mopped and which have been vacuumed.

Although a little late to market compared to other robot vacuum manufacturers, Roborock is also releasing an Auto-Empty dock later in 2021. Roborock promises that the S7 will work with this dock.

Some mopping modules do not clean soiled floors well at all. The S7 seems to clean grubby floors better using water, than other robots can when using cleaning solution and water. Very impressive indeed.

All in all, for under $600 the Roborock S7 robot vacuum is a game changer of a two-in-one robot vacuum. Recognising rugs and carpets will eliminate the need to set zones around your space – and make your life easier.