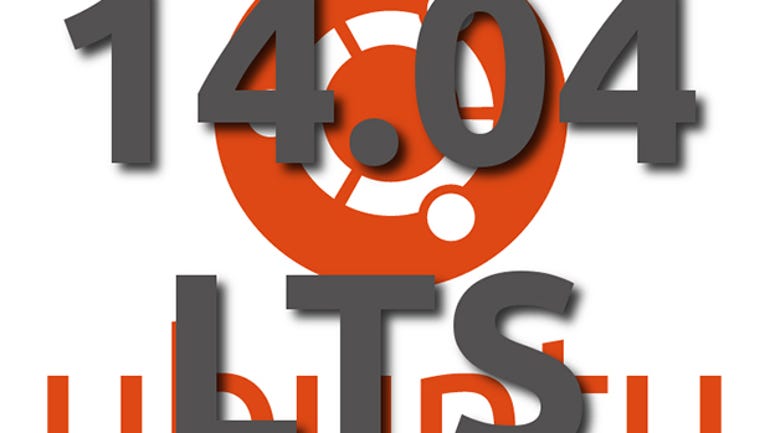 Long Term Support (LTS) releases, such as Ubuntu 14.04 LTS 'Trusty Tahr', are not expected to present radical changes, as these should be made in the interim releases. Instead, an LTS release should add stability and polish to interim changes. Ubuntu 14.04 LTS was suggested almost three years ago by Mark Shuttleworth as the release that would see convergence across all hardware formats. In retrospect, this goal could only have been reached if the elements required for convergence — Mir and Unity 8 — had been successfully introduced in earlier releases. Although Canonical made some effort to do this, development was eventually refocused on Ubuntu for phones and tablets and convergence is now unlikely to happen until 2015. As it stands, Ubuntu 14.04 is left running X window server and the Unity 7 shell.

Here's a summary of the most obvious changes in Ubuntu 14.04 LTS:

With the introduction of Unity as the default User Interface shell in Ubuntu 11.10, application menus, which previously appeared in the title bar of each application window, were shifted so that the menus for whichever application had the focus would appear on Unity's menu bar at the top edge of the desktop. Although originally quite firm on this new position for menus, Canonical has finally relented and a setting in Ubuntu 14.04 now offers users a choice, in the All Settings/Appearance dialogue, to switch the application menus position to appear in the title/top bar of each application window. These menus are hidden until moused over.

Part of the reason for the introduction of Unity was to provide more efficient use of the display space on smaller screens and removing the extra menus bar from the application saved space and made it easier to grab and drag application windows. However, on large displays the menu shift meant that there could be an annoyingly large distance between an application window and the top menu bar. This setting option addresses that concern.

From its beginning, clicking on an application in the Unity shell Launcher would either launch it, or if it was already running minimised, maximise it. A possible behaviour for the launcher icons is to act as toggles, where clicking the launcher icon of an app would alternately maximise or minimise. Despite a fair number of user requests for this feature, Canonical resisted adding this behaviour. Now, at last, it has given in — except not really. Turning this feature on is not trivial, as it requires installing the CompizConfig Settings Manager from the Software Centre — a configuration utility that's not for the inexperienced. The setting — Minimize Single Window Applications (Unsupported) — appears in Ubuntu Unity Plug-ins under the tab for Launcher. Since the Ubuntu developers have this labelled as an 'unsupported' feature, it won't be tweaked by further development and may even disappear in future.

Changes in the appearance of the desktop

The beta release of Ubuntu 14.04 LTS showed two network status icons in the top menu bar. The rightmost showed the available networks and settings and the second allowed for switching connections on and off. Canonical has now chosen to revert to a single network status icon for the release version.

Some work has been done to improve the appearance of the desktop on ultra-high-resolution displays (in the 2,560 by 1,600 to 2,880 by 1,800 range) so that the desktop elements, the Launcher, Dash and so on, scale correctly. However, some third-party applications and icons may still have a fuzzy appearance.

Although forum posts have agitated for anti-aliasing of the rounded corners on windows for a long time this is an appearance change that may be all but invisible to many users. Similarly, the change from a one-pixel border to a no-pixel window border is not that noticeable. Even so, these changes are all part of the effort to make the Ubuntu UI a visually beautiful environment.

Although nothing has visibly changed, System Settings has been rewritten as a fork of the previous, heavily-patched, GNOME Control centre. This will only be a short-term solution, as once Ubuntu has converged this will change to Ubuntu System Settings.

The lock screen (Ctrl+Alt+L), which previously used a plain pop-up message box, has now been harmonised with the rest of the Unity theme so it resembles the initial log-on screen.

Poor revenues have led Canonical to close the Ubuntu One cloud storage service by June. Although the Ubuntu One Single Sign-on Service and the Ubuntu One Payment Service won't be affected, the closure means that Ubuntu 14.04 will not include the Ubuntu One File Services. Users with annual subscriptions will be receiving a refund and content will be available for download until 31 July.

Default applications installed with this release include: version 28.0 of the Firefox browser, version 24.4 of the Thunderbird email client and the LibreOffice 4.2.3.3 office suite. Also included are Shotwell 0.18.0 (photo manager), Brasero 3.10.0 (CD/DVD burner) and Rhythmbox Music Player 3.0.2. All of these applications have been revised since the beta release. Although it's not installed by default, GIMP 2.8.10 (bitmap editor) and Inkscape 0.48 (vector editor) are available for installation from the Software Centre.

Is it worth upgrading?

Although there are no amazing 'must-have' new features in Ubuntu 14.04, it is worth upgrading just to get the latest LTS release with a more recent kernel and default applications.

Although we still have Ubuntu 14.10 to come later this year and almost certainly point changes to Ubuntu 14.04 LTS over the next five years, the next big step will probably be in Ubuntu 15 — not so much because it should be the first converged version, but because, as a consequence of convergence, it should feature Unity 8 and Mir.

A DVD ISO image of Ubuntu 14.04 LTS (Trusty Tahr) for installation can be downloaded from the Ubuntu website, or users can update from the previous version by choosing that option from the Software Updater.

Editor's note  On 23 April, Mark Shuttleworth revealed the name for the 14.10 release of Ubuntu: Utopic Unicorn