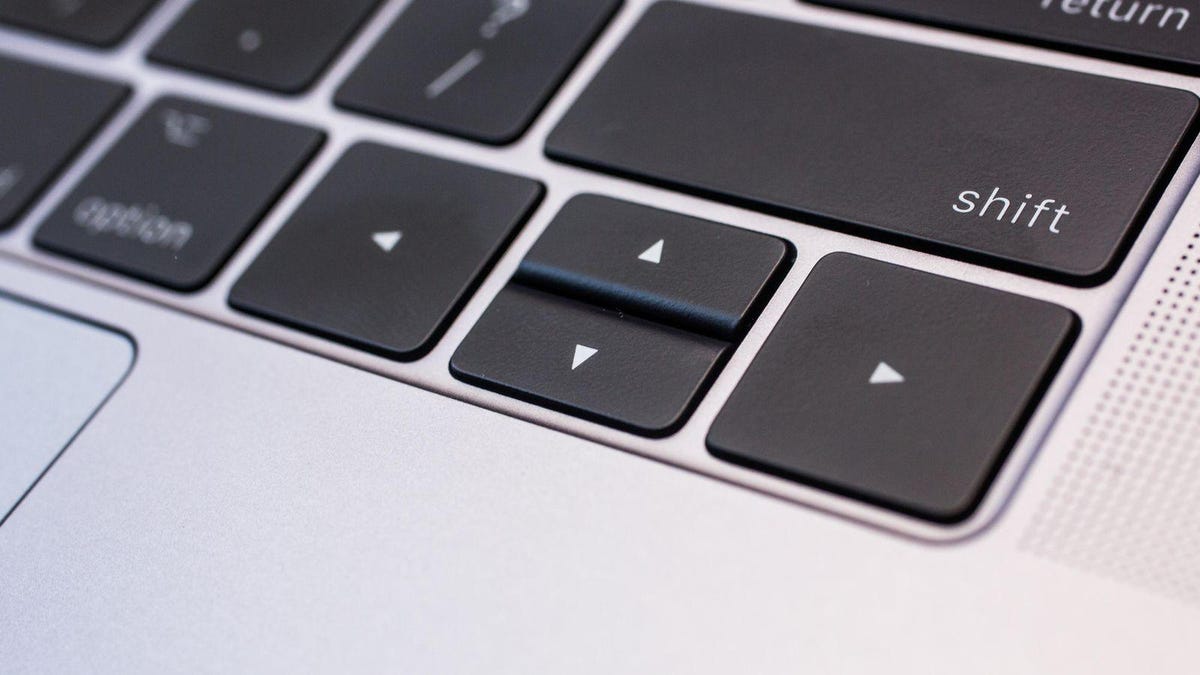 It's a little heavy, a little cumbersome and, just occasionally, my wife addresses it in stern terms.

I confess I picked it up once and was a little surprised that people do this on a regular basis. This thing was heavier than a conversation with a zealot priest.

But my wife's a scientist who does serious work and, apparently in the scientific world, serious work happens on big Windows machines.

So, given that her birthday is approaching, I went to Best Buy to see whether one of its fine objective salespeople could recommend something better. And perhaps lighter.

My visits to Best Buy have always been edifying. The employees are always prepared to chat without prejudice. Why, one even tried to break a MacBook in front of me.

So, when a salesman asked if I had any questions, I wondered if he could recommend something better for my wife.

I thought he might suggest something from Lenovo or even Microsoft. Instead, he instantly drifted to the HP section. First, he suggested a Spectre 15.

This seemed to me a quite nifty thing that folds this way, that way and several other ways.

"It's got the Intel Core i7," explained the salesman. "And you can use it to do just about everything."

He showed me and he was right. Had I been of a Windows mindset, this would have certainly moved me.

The alternative, said the salesman, was the HP Envy 17, which offered a huge screen and all the power my wife needed.

I tried to pick it up and concluded it would also offer all the backache my wife could fear. This thing weighs 7.71 lbs. The Spectre is a mere lightweight in comparison, at 4.53 lbs.

And then the Best Buy salesman tossed in a suggestion I hadn't expected: "You could always get her a MacBook."

"Some things will look a little different. Some of the programs she works with would be different. But there's a simple reason to buy a MacBook."

"They last twice as long."

This isn't something I've heard Apple use too often as a selling argument. Then again, it's been a while since Cupertino compared its wares to Windows.

This salesman, though, offered a slightly dismissive wave toward the HP laptops and said: "These things will last for five years. A MacBook will last 10."

I'm slightly skeptical by nature so I asked him whether, by any chance, he was a MacBook user.

"Yes," he replied. "But I'm not one of those Apple fanboys. My phone's a Samsung and I wouldn't buy an iPhone."

He can customize his Samsung phone, he said, far more happily than if he had an iPhone. For laptops, however, he believes that durability is an absolute priority.

"Why would you spend four figures on something that isn't going to last very long?" he said, before pointing at the Mac table and saying: "Go see for yourself."

His parting comment: "The 15-inch MacBook Pro is lighter, too."

Yes, at 4 lbs, it does take at least some weight off my wife's shoulders.

Also: Will the iPhone XR be even cheaper? I went to phone stores to find out

This all left me with a problem. My wife is adamant about using Samsung phones and Windows laptops. For her, Apple represents far too many things she dislikes. For example, the people who buy them. (Yet she married me.)

She's a forgiving sort (in most areas), so she's prepared to put up with Apple products -- such as an iPad or HomePod -- for entertainment purposes only.

Yet here was this salesman telling me the best investment for my wife's work, the best Windows laptop, is a MacBook Pro.

How am I going to tell her?

Is it now entirely acceptable to play videos on your phone in public, full volume and without headphones? It seems to be.

Is it because the Pro is just as good as a laptop? Not quite, apparently.

Join Discussion for: A Best Buy salesman told me the best Windows...