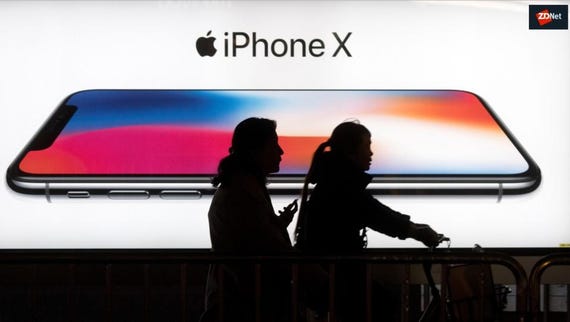 Like a Toyota Prius staggering up a hill, this lawsuit has been coming for some time.

When it comes to the iPhone X series, Apple has taken hyperbole to heights where oxygen dares to roam.

First, it was the claim that the phone is "All Screen."

Well, yes, if you squint mightily and hope to ignore the fact that it still has a border around it and a notch plastered at the top, right in the middle of this all-screen area.

Apple must have gained confidence from this grand delusion.

In ads for the iPhone XS and XS Max, it cleverly shaded out the notch area with a cleverly constructed home screen image and made (at least some) viewers believe that these new phones were, oh, all screen.

Now, some enterprising lawyers want to test this wily subterfuge in the courts. A new lawsuit accuses Apple of deception.

It claims Apple's latest iPhones don't have the number of screen pixels advertised, nor is the screen size calculated accurately.

Also: Apple to iPhone owners: Up to $100 more for your old phone if you buy XS, XR

I asked Apple for its thoughts and will update, should I hear.

The lawsuit has been brought on behalf of two plaintiffs: Christian Sponchiado and Courtney Davis.

It claims that Davis relied on the advertising and believed, on the basis of Apple's advertising, that the XS and XS Max would, indeed, have no notch.

At first, the notch was received as a blemish from Hell. Soon, however, it became a beauty spot, a new normal in phones. Android manufacturers couldn't wait to copy it.

Moreover, I'm not aware of vast hordes clamoring for justice and throwing their iPhone X's through the windows of the Cupertino Spaceship.

Some might wonder whether Apple was unaware of any possible misunderstandings emerging from its ads. After all, the company is used to claiming most of its products are magical and revolutionary.

After a while, you can become numb to your own hype.

I fear, though, that Apple isn't without guile. Indeed, the XS and XS Max ad was actually entitled "Illusion."