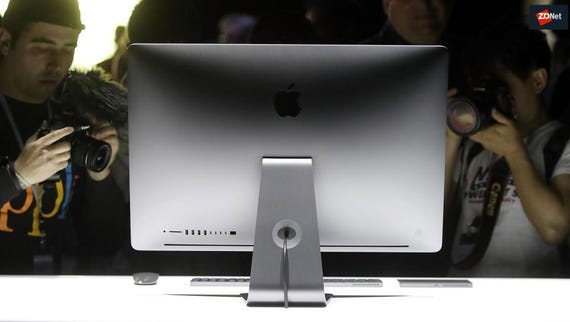 Buying a Mac? We give you some tips
Watch Now

I recently got a request from a reader. His kid is going to college for media production and needs to get a Mac. He wanted to know what to buy and how to configure a Mac to best suit his child's needs. I get questions like this a lot, so in this article I'm going to answer the more general question: what should you think about when buying a Mac?

Let's get the whole platform choice issue out of the way first. This isn't about whether you should buy a Mac or a Windows machine. That's a whole different debate and there are good answers for both approaches. In this article, we'll assume you've decided to get a Mac and are now trying to decide what, exactly, to buy.

There are a number of choice vectors you'll need to balance. The first is cost. New Macs range from $799 up to over $13,000. There are also used Macs, and while I won't discuss them here, most of the configuration factors I'll be discussing apply to them as well.

Cost is a big factor in Mac purchases because Macs can be so expensive. Apple also tends to charge a premium for incremental features like more RAM and more storage. Most Macs are also not upgradeable, so what you decide on now has to last you a long time.

My Macs have lasted quite a long time. I gave away a ten year old iMac that was still running when I moved. Up until last month, my main machine was a still very functional four year old iMac. Our fleet of older Mac minis are six and seven years old. They'll probably only go out of service when Apple stops issuing OS updates for them, and then relied upon applications also stop doing updates.

You should expect that the Mac you're buying today will be in active use for at least three years, and possibly five and six years. As such, you'll need to think hard on what you're going to need to do, not just today, but into the future.

Also: Apple Mac mini (2018) review: The little Mac that could

Your first decision is going to be desktop vs. mobile. The vast majority of Mac buyers buy notebooks. This makes a lot of sense because modern Mac notebooks can also be used as desktops, merely by adding a dock, a monitor, keyboard, and mouse.

Until 2018, the other big reason to buy desktop machines was more memory. MacBooks and MacBook Pros did not support as much memory as the higher end desktop Macs, so if you needed RAM, you were forced to get a desktop. Today, while that's true for huge RAM footprints, the 2018 MacBook Pro models support a good amount of RAM. We'll talk more about RAM later.

There are three desktop form factors available: the iMac, the Mac mini, and the trash can-shaped Mac Pro. Let's start with the easy one. Do not, do not, DO NOT buy a Mac Pro. The Mac Pro, while still being sold, is woefully obsolete and will most likely be replaced this year. It's not even lower in price. It's just obsolete.

That leaves you with the iMac vs. Mac mini choice for desktops. I've had a couple of iMacs and really liked them, but I'm not a big fan of being forced to use a provided screen. The iMac is an all-in-one, so you either have to like that screen or not. That can be inconvenient.

Here's a quick example: I recently stopped using my 2013 iMac as my main machine. It would make a great media center machine because it's still very highly equipped and powerful. But it's huge and heavy. It's not something I can practically put under our living room TV without it being an eyesore.

Today, your desktop choices are quite capable iMacs, the very expensive but insanely powerful iMac Pro, and the new 2018 Mac Mini, which can be equipped to be almost as powerful as the iMac Pro for about two thirds the price.

One advantage of the desktop models Apple now ships is that you can upgrade the RAM (although it can be a challenging process and may void the warranty). Even so, if you want RAM upgradeability, you want a desktop.

If you want to biggest RAM footprint, you'll get it with desktop machines. If absolutely maxing out RAM footprint isn't that important (and it's hugely expensive), you may not need a desktop.

Finally, the 5K display Apple includes with the iMac and iMac Pro is beautiful. If you like that display, you might want to get a desktop.

Most folks, though, will choose a notebook. You have four choices: the base MacBook, the new 2018 MacBook Air, and the 13-inch and 15-inch MacBook Pro.

Again, we'll make this somewhat easy. Don't buy the base MacBook. It's obsolete. If you're looking for similar weight, price, and sleekness, the new 2018 MacBook Air is a far better choice. Be careful here, though. Apple still sells a MacBook Air model without the Retina display. Don't buy that. You will definitely benefit from the higher-quality more modern display.

The big decision here is going to be size and weight. A lot of folks love the MacBook Air because it's just so light and portable. The new model for 2018 is really quite nice.

Other people choose the MacBook Pros because of performance and screen size. Back when the MacBook Pros had a ton of ports, it was an easier decision. I bought my 2015 MacBook Pro in large part because it had so many ports, and so was quite flexible. Today, if you want ports, you'll be buying a dongle, no matter which machine you buy.

The mid-level MacBook Pro is very, very similar to the MacBook Air, so if you're buying the i5 processor model, your choice is really going to be whether you want two or four Thunderbolt 3 ports. If you want two, and a little bit lighter machine, get the Air. If you want four, get the Pro.

Don't forget to factor in RAM. The MacBook Pro goes up to 32GB, while the Air still maxes at 16GB. If you need 32GB, you'll want the Pro.

Also: I went to buy a MacBook Air and Apple tried to sell me a MacBook Pro

The 15-inch MacBook Pro is different. First, there's a bigger display and for some of us, that's all we need to know. But the 15-inch MacBook Pro also comes with a GPU that can increase graphics performance. That's helpful, but as I'll explain in a bit, not as critical as you might think.

Features to maximize on your Mac

Where the rubber meets the road in buying a Mac is really in how you spec it out. This falls into four main categories: RAM, storage, processor, and video processor. This is a huge decision because some of these things can't be changed after you buy the machine and they're insanely, almost obscenely expensive.

Let's start with processor. You absolutely can't upgrade your processor after you make the purchase. The price difference between processor levels on a Mac is actually not that big, about $200 per bump. I made the mistake of buying an i5 for my MacBook Pro, and that meant that it couldn't do some things I later found myself needing to do. I've regretted cheaping out on that processor purchase ever since making it.

TIP: Buy as much processor as you can afford. Try to get at least an i7.

RAM is the second big factor. While you can (with effort) upgrade RAM on the desktop models, you can't on the notebook models. For me, RAM is a huge factor. I run very big apps, lots of them, and use a ton of RAM. I actually can't get my work done on less than 32GB RAM. But because RAM is so expensive, I didn't opt to go to 64GB on my last purchase.

My rule of thumb is, after processor, max out your RAM based on your budget. Try to avoid buying only 8GB RAM. It's really too little to run most Mac environments, especially as your usage goes up.

All modern Macs now come with Thunderbolt 3, which provides nearly bus-speed data transfers. For video and storage, this means you can externalize much of what you're using. That means you can upgrade later, as your needs grow.

When it comes to video processor, adding an external GPU will run about $700 and up. But you don't need to get one unless you truly need one. The only reason you'd buy a GPU in the 15-inch MacBook Pro is because you need the larger screen capability and you know you'll need graphics powerhouse capability on the go.

If, for example, you're going to be on-location and producing videos away from home, you'll want as much internal video capability as possible. Otherwise, get an eGPU when you need one.

TIP: If you know for sure you need mobile graphics power, get as much built-in GPU as you can afford. Otherwise, wait and get an eGPU when you're sure you need it.

Shockingly, you can still buy Macs that come with hard drives instead of SSDs. Let's kick this off with a very simple tip:

Yes, Apple sells a tiered storage option it calls Fusion Drive. And yes, a big Fusion Drive is less expensive than the equivalent SSD. But it's a bad idea in the long run. All the Fusion Drive does is offload your most commonly used requests to a small SSD, and leaves most of your data on the hard drive. Hard drives are ten to twenty times slower than SSDs.

Also: SSD prices: how low will they go?

Don't get the 128GB SSD option. It's really too small to grow with, especially as the OS upgrades over time. But 256GB is a workable size, if a bit small. Given that you can add very fast external storage, that's the way to go. External storage is much less expensive than Apple's own storage, so this is where you can save a few bucks and still have all the performance you need.

Now that you know that you need to think about a Mac purchase by deciding between desktop and notebook, top-end RAM and regular RAM, and Thunderbolt 3-expandable or not, you have the basic framework for buying a Mac. With that, then, let's look at ten considerations to use when making your decision.

There you go. If you follow the advice in this guide, you'll get the most Mac bang for your buck. Let me know what you chose. Feel free to chat in the TalkBacks below.

Join Discussion for: Which Mac to buy? 10 tips to help you decide