A Google exec admits the ugly truth about the smart home

Google has suddenly decided that the smart home needs rebranding. Its solution is such a painful delight.
Written by Chris Matyszczyk, Contributing Writer on July 23, 2019 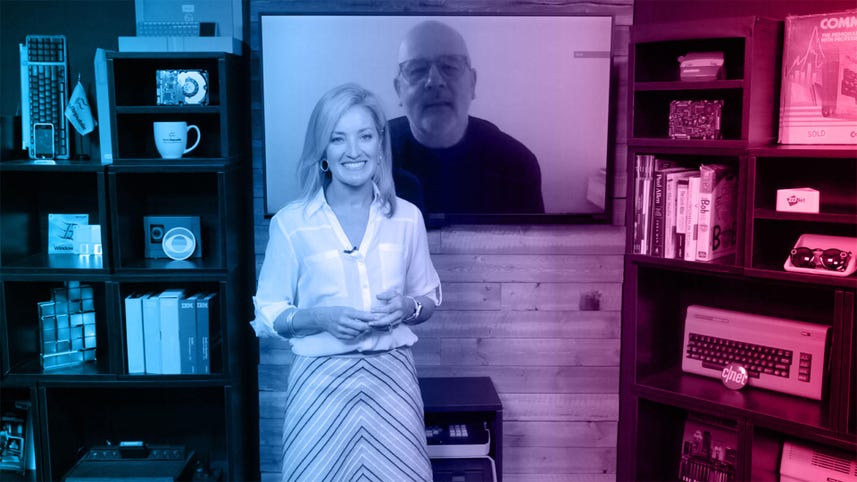 It's easy to delight humans.

We primitive overgrown babies need to see something shiny that performs a pointless trick, and we're enthralled.

Meanwhile, engineers have such large brains and limited capacity for human feeling that they keep creating new things to mesmerize us, never mind the consequences.

I felt a refreshing frisson in my foot follicles, therefore, on hearing the words of Rishi Chandra, Vice President of Product and General Manager at Google Nest.

Speaking to Forbes, he confessed: "No one asked for smartness, for the smart home."

No, no one sat at home and pleaded: "Why can't I draw my drapes by tapping my phone without getting up?"

No one desperately spoke to their windows or mantelpieces in the hope that they would magically make Aretha Franklin emerge from the walls. Well, perhaps one or two people might have done, but there were extenuating circumstances.

Instead, tech companies dangled this prospect and people bought millions of Google and Amazon devices -- and four of us bought Apple's HomePod -- because it's just so much fun getting a machine to do things for you.

Yes, even if they're spying on you the whole time.

Do Chandra's words, though, mean that Google has actually stopped and thought a little about what it has wrought?

You don't say. It's peculiarly coincidental that as Google has become the object of scrutiny about its business practices and the way it has mistreated privacy, it's beginning to think in non-techy ways about actual human beings.

I pause for you to gird your sinews and tighten your jaws.

Chandra again: "We want to go from what a technology does to where it actually provides benefit. And so our mantra for the next five to 10 years is going to be the notion of how we can help deliver the helpful home."

It's heartening that Google admits that its motto used to be: "We made it because we can. And because it impresses engineers. Real people? Who cares about them? They're not, uh, smart."

Yet now it's as if Google is asking you to stare at your home and consider how your abode could be more helpful.

Windows, you're so useless. Why can't I project my video games straight onto you?

Ceiling, you hang there, doing nothing. Why can't you cook breakfast and take the kids to school?

Chandra is excited about the current transition from mobile computing to ambient computing. Now, every object around you should be prepared to, um, help you in your quest to be the laziest human (barely) alive.

His vision is riveting: "You need different sensors and inputs and outputs across all the different rooms inside your house. And to the consumer, it needs to feel like one."

Who doesn't want Google's sensors all over their house? What could possibly go wrong? Soon, you'll have a Google chip inside your head, so this will be owner and home in perfectly Googled harmony.

But wait, I hear you grunt. What about privacy?

Chandra has some very smart -- I mean, helpful -- words about that: "One of the things that we've been spending a lot of time on is how do we rethink the privacy model. Google I/O saw announcements of our first set of privacy commitments, of what we believe Google Nest is going to stand for from a privacy standpoint. The goal was to simplify how we talk about these things. So we want to provide a lot of clear transparency about it."

Yes, the best Google can offer you is clear transparency, as opposed to the utterly opaque -- or even, some might say, non-existent -- transparency it used to peddle.

For Google, privacy is subject to modeling. Such moving tech-speak. Privacy isn't, it seems, a right or even a question of basic human morality.

Privacy is something to be engineered, tinkered with so that a few more people know what's going on -- if they can be bothered to find out.

How much faith, though, can users truly have when all this engineering leads to headlines such as: "Google pushes Nest cam update to prevent former owners spying on new buyers"?

I'm beginning to think the smart home will never be that helpful at all.