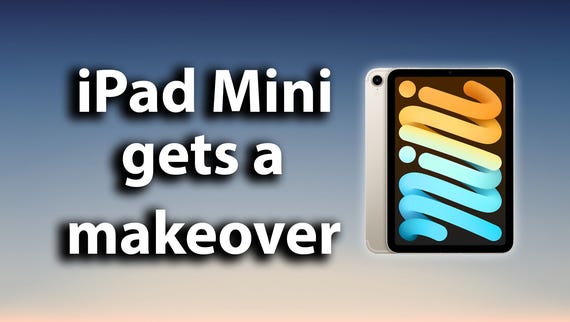 iPad Mini gets a makeover: Is anyone wowed?
Watch Now

Though the cloth didn't get a showing at the conference, its $19 price tag caught the attention of many tech observers and has been the subject of a fair number of jokes.

However, Apple does have fairly stringent recommendations when it comes to cleaning the screens on Apple devices. They should only be cleaned with a "soft, lint-free cloth" and definitely not paper towels or abrasive cloths.

The Apple cloth, featuring an Apple logo in the corner, meets this requirement, including for nano-texture glass.

"Made with soft, nonabrasive material, the Polishing Cloth cleans any Apple display, including nano-texture glass, safely and effectively," Apple says on the product page .

While the cloth's price has been ridiculed, it could serve a purpose. Apple includes an Apple-branded black cloth with the $6,000 Apple Pro Display XDR and iMacs with nano-texture glass screens. It recommends only using the Apple-provided cloth to clean these computers' screens. Until now replacement cloths have only been available by contacting Apple support. Now everyone can buy one separately, even those who've bought sub-$6,000 Apple devices.

Apple's "compatibility" list for the Polishing Cloth includes iPhone, iPad, Macs, Apple Watch, iPod, and the Pro Display XDR. In other words, every Apple device with a screen.

The Apple Polishing Cloth could become the equivalent of water-proofing sprays at the footwear retail checkout. A good percentage of consumers, just having spent a $150 on new shoes, end up buying the spray to protect their shiny new shoes.

And now at least Apple doesn't have to direct customers to support staff for Apple cloth replacements.