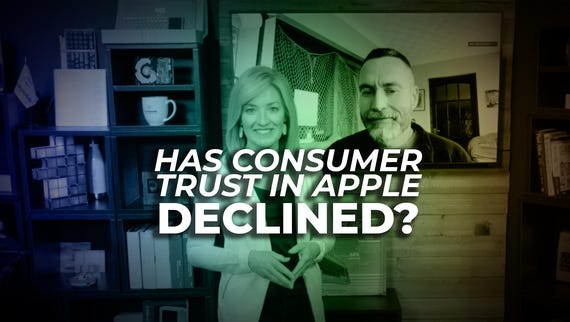 Apple didn't exactly issue a mass mea culpa for its ongoing butterfly keyboard issues, but it's probably about as good as you'll get. The larger question is whether it's enough.

The company said that it will replace all butterfly switch keyboards for free including new MacBook Pro models refreshed on Tuesday. Replacement keyboards will have a new design that features new undisclosed materials that will avoid the typing issues. These new butterfly keyboards will be included on the new MacBooks.

Yes, we all know the butterfly keyboard issues. Keys would stick, letters would duplicate and some wouldn't fire at all. This much maligned butterfly keyboard started in 2015 and problems have been ongoing as customers sneer at fixes and costs that dented the wallet. Class action suits followed and Apple apologized to those impacted.

Since then, Apple has redesigned the butterfly keyboard, but there have been problems reported. Apple's keyboard service program for the MacBook and MacBook Pro covers a bevy of models and does note that you could get a refund if you paid out of pocket. The turnaround time for the keyboard fixes depended on the number of keys being replaced and part availability.

Now those fixes will be free and get priority at Apple Stores.

Apple had maintained that the keyboard problems only impacted a small number of users, but the problem is large enough to do a free keyboard replacement program. The 2018 MacBook was supposed to put the keyboard issue to bed for good.

While the free keyboard replacement program will get the headlines, Apple also refreshed its MacBook Pro lineup with faster Intel Core chips. The 15-inch MacBook Pro and 13-inch version were refreshed. These laptops will get the eight-core version of the Core.

For Apple, the free keyboard replacement program and MacBook refresh amounts to a bit of insurance to make sure customers have piece of mind. While Apple has taken some flack for the keyboard problems its ratings for personal computers via the American Customer Satisfaction Index still lead the industry at 83. The industry average is 77.