Apple: We screwed up your iPhone X order, please come back

Perhaps the best thing the company can do in the wake of a total ordering catastrophe is the unthinkable: Apologize.
Written by Jason Perlow, Senior Contributing Writer on Oct. 31, 2017 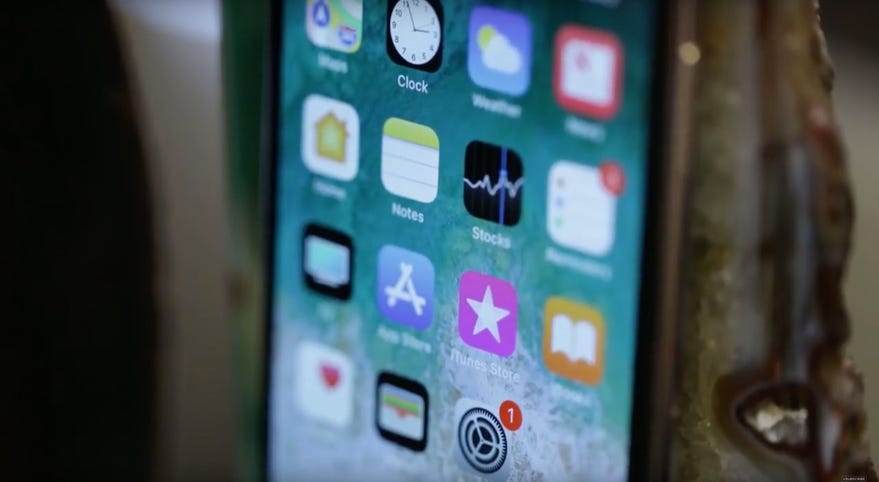 Apple is not a company that acknowledges fault in anything it does. At least, I cannot remember a single instance in which something has happened related to a product launch in which it had apologized or attempted to rectify anything related to product availability.

For the most part, the company doesn't need to. It has a loyal fan following that will never find fault in what the company does since it's impossible for it to do anything wrong in the first place.

But as it related to the iPhone X ordering process on opening night, even giants like Apple can be forced to acknowledge that -- this time -- not everything went so well for everyone. And even hardcore loyalists got upset.

As I recounted in an earlier article, I stayed up past 3 am on Oct. 29 to order an iPhone X. I chose the Upgrade Program method, assuming that it would be a flawless, painless experience.

This did not happen. As a new Upgrade Program applicant, I ended up getting an error in the application process and was instructed by Apple via email not to re-apply and wait eight hours to find out what I should do next.

Existing Upgrade Program folks had an opportunity to pre-approve for credit a few days before and had fairly painless experiences processing their orders on Oct. 29. But if you were a new applicant, not so much.

The next morning I woke to an email notifying me that the application processed failed and I had to try a new order. I was absolutely furious.

I was so unhinged that I didn't want to re-submit an order, knowing full well I would now be at the end of the line (the estimate they gave me was mid to late December) and it would disrupt a lot of accessory review activity before the holidays.

I was going to wait until after the holidays, when Apple had sufficient time to ramp production, or I was going to do the unthinkable: Wait another year for the iPhone X2.

It turns out a good friend had placed an order for several devices at Best Buy and AT&T. After hearing about my experience at the online Apple Store, he was willing to let me buy one of the devices from him.

But I'd probably get it in late November. It's certainly better than late December, but if it showed up, I'd be happy to take one.

Knowing that at least I had one option that for sure would get me a phone (eventually), I pushed the entire aggravating experience out of mind for the entire day. Then, later in the evening, I got the following email from Apple:

So, this is unusual. I certainly wasn't expecting special treatment by virtue of being a computer journalist and having slammed the company that morning.

The company has never communicated with me directly, and I'm not part of that elite crowd of computer industry writers at mainstream publications that officially review the devices, but I was impressed the company was actually following up.

I am guessing there was an abnormally large number of these sitting in their EDI transaction log with Citizens Bank and that a significant number of sales were at stake.

Read also: iPhone 8 helps Apple bounce back in China: But is it a trend or just a blip? | iPhone X screen: Here's how much it will cost to repair | iPhone X or iPhone 8? Price, size, camera all factor in your buying decision

I wanted to see where this would go. So, I resubmitted my Upgrade Program application. It flew right through and I got an order confirmation. As soon as I did that, I emailed Apple per the instructions above.

I received a quick confirmation a few hours later from a rep who said Apple could not change the existing delivery estimate from mid to late December but that I should check the status of my order in three days time.

IT'S A HALLOWEEN MIRACLE! THE GREAT PUMPKIN IS REAL! I KNEW HE WOULD COME!

Whoever Jared is at Apple -- the guy is my new best friend. This is fantastic.

I really don't know how Apple has managed to move shipping estimates up six to eight weeks, if in fact Jared is being on the up and up with me.

Whatever miracle it has accomplished in order to pull this off, it's appreciated. And I think this is evidence of some small amount of humility and acknowledgment from Apple that it needs to improve its processes and that -- just maybe -- this was an important learning experience for the company.

I'm not sure we necessarily would have seen this sort of acknowledgment from Steve Jobs while he was CEO. If this is a new page for Apple, I'm happy to see it.

The removal of the iPhone's Home button has required some tradeoffs, but the superior usability of Face ID sets a new standard for secure access.

The new design of the iPhone X may mean that tech buyers actually want to Apple's latest trio of iPhones in person to do a bake-off and return on investment check.

Thanks, Apple: You saved me from an expensive mistake (buying an iPhone X)

I did not need to make a decision about buying a new iPhone this year. By botching the purchase process, Apple did it for me.