iPhone production cuts of about 10 percent are on the way, according to reports from the Far East.
Written by Liam Tung, Contributing Writer on Jan. 9, 2019 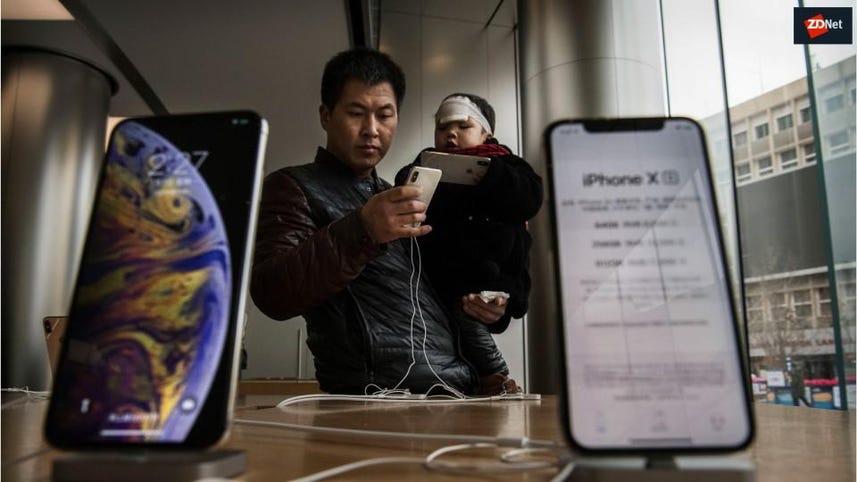 Ahead of last week's bombshell that Apple would miss its upper Q1 revenue target by $9bn, the company had already asked suppliers to cut Q2 new iPhone production by about 10 percent, according to a report from Nikkei.

Apple last week shocked many when it revealed it would miss its first quarter revenue target of between $89bn to $93bn with expected revenues of $84bn. Last year it reported $88.29bn in revenues and iPhone sales of 77.3 million. Apple cited slower than expected sales in China and fewer upgrades in some developed markets.

Nikkei reports that Apple's total planned production for Q2 of all iPhones, including iPhone 8 and earlier, will be between 40 million to 43 million units, down from an earlier projection of 47 million to 48 million units.

Apple's Q1 2019 financial report will be the first time it excludes unit sales of the iPhone. If the report is correct, it would mean Apple is preparing for a 20 percent decline on Q2 2018 sales of 52.21 million units.

A research group within China's Ministry of Industry and Information Technology reported that smartphone shipments dropped 15.5 percent to about 390 million units in 2018, according to Reuters.

Research firm Canalys estimates shipments fell 12 percent in China last year, and could shrink a further three percent in 2019. The firm noted that China is now a mature smartphone market and that phone upgrades will slowdown.

With device sales slowing, Apple is aiming to build up its services business, which hit a record $10bn in Q4. In an interview with CNBC on Tuesday, Apple CEO Tim Cook said Apple would be announcing "new services" this year when asked about how Apple plans to make services a bigger part of its total revenue.

A big part of its new services business could be the long-rumored Apple TV service, on which it's reportedly spending $1bn to lure Hollywood talent and produce original content. ZDNet sister site CNET has a run-down of all the programs Apple has lined up for the TV service.