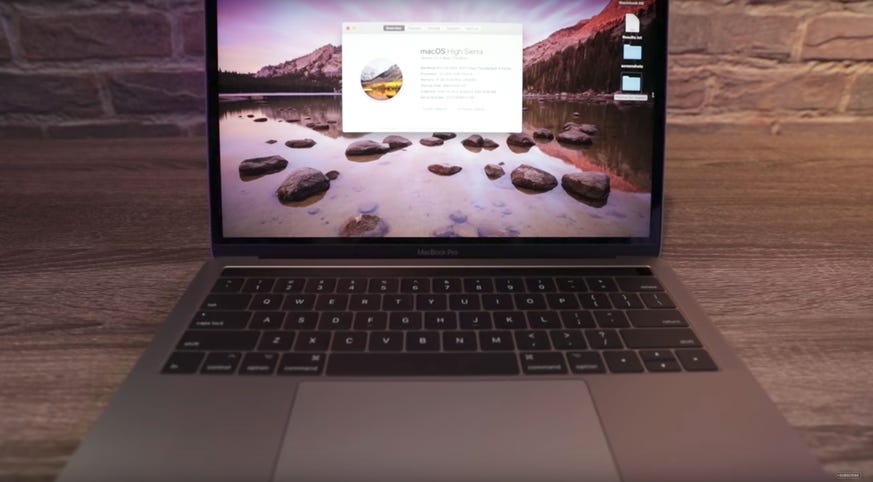 Apple today will start displaying a 32-bit app compatibility warning on the latest version macOS as part of its transition to 64-bit technology.

Users on macOS High Sierra 10.13.4 will see a one-time warning when they open old and, in some cases new, apps if they run on 32-bit technology.

If you've got the latest version of popular audio recording tool Audacity, the alert will state: "Audacity is not optimized for your Mac. This app needs to be updated by its developer to improve compatibility".

Developers of apps like these will need to update their software to 64-bit if they want users on High Sierra's successor to use them with full support.

Apple hasn't announced a cut-off date for 32-bit apps but High Sierra will be the last version of macOS to support the 32-bit apps "without compromise".

There's no harm in using 32-bit apps, but Apple wants developers to utilize modern hardware features that only work with 64-bit apps. Apple is encouraging macOS users who see the alert to contact developers of the app, presumably to pressure them to make the move.

"Starting with macOS High Sierra 10.13.4, apps that have not been updated to use 64-bit processes produce a one-time alert when opened. This gives users advance notice that they are running 32-bit software, which will not be compatible with macOS in the future," Apple says in a new support note.

"The 64-bit transition for macOS and macOS apps is still underway, so final transition dates have not yet been established. But now is a good time to check with the software developer to see if 64-bit versions of your favorite titles are available," it continues.

Users can check which apps are 32-bit or 64-bit by going to About this Mac and pressing System Report, scrolling down to Software and then selecting Applications. Next to a field '64-bit (Intel)', it will say 'Yes' if it is a 64-bit app and 'No' if it's a 32-bit app.

The 32-bit phase-out on macOS follows the complete transition to 64-bit apps on the iPhone, though there Apple has more control due to the App Store.

Apple started that process in 2013 with its first 64-bit mobile processor, the A7. Finally in iOS 11 it dropped support for 32-bit apps. The bar on 32-bit iOS apps was one of the key reasons the number of iOS apps in the App Store fell last year.

A solid and stable release, High Sierra offers compatibility with older Macs going back to 2010 and should prove a straightforward and worthwhile upgrade for most users.

What would it take for Apple to update the Mac mini to a modern, professional-level machine? According to David Gewirtz, not much.

If Apple's Mac has any future, it's in the cloud

Is the Mac a dying platform? There is only one way forward for Apple's Mac and iOS developer platforms.

The Cupertino giant will soon stop accepting any submissions of 32-bit apps to the App Store, only continuing to support 64-bit apps.

We go hands-on with the new black-on-red iPhone 8 and iPhone 8 Plus.

Mobility
How to delete apps on iPhone

Productivity
Don't want your phone hacked? Just do this one thing