As Apple Watch matures, time is running out for Wear OS

The circumstances that made Android a success in smartphones have not supported it in smartwatches.
Written by Ross Rubin, Contributor on Sept. 19, 2018 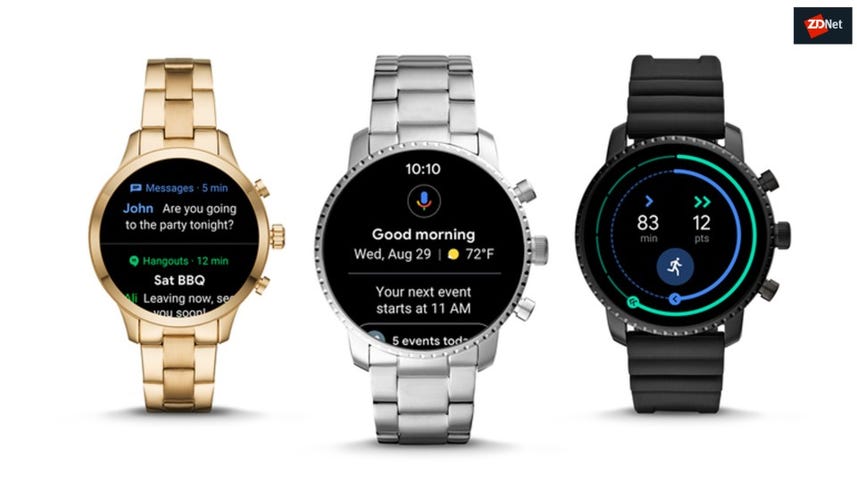 Apple made a number of choices in the iPhone's early years that set the stage for Android's rise. In driving the multitouch user experience, it left all other contemporary licensed smartphone operating systems -- Palm OS, Blackberry OS, Windows Mobile, and Symbian -- struggling to catch up. Those that rearchitected did so too late. In contrast, Android had no legacy, and so its developers were able to adapt to Apple's model without any concern for older apps or the installed base.

But what really opened the door for Android was the iPhone's AT&T exclusivity. That created a vacuum that its main rival Verizon needed to fill. Verizon's Droid models began the real smartphone OS race in which Samsung eventually picked up the Android baton.

The next mobile platform battle for wearables between Apple and Google, though, is starting quite differently, and Apple has been setting the stage for it for years. Unlike the early iPhone, the Apple Watch has no carrier exclusivity, thus there has been no vacuum for an Android Wear smartwatch (although Verizon did white label one). And there has been no solidifying group of smartwatch operating systems that watchOS has cleared from the field to leave a market desperate for an Android response.

Of course, Apple can also take advantage of the incredible maturity of the iPhone ecosystem. As the company mentioned at its fall event, it has now sold two billion iOS devices. That is a fertile field from which to grow a watchOS user base. In contrast, iOS had no developer momentum help from Apple's previous hit product, the iPod.

The real differences, though, have materialized since the launch of the Apple Watch and Android Wear. Apple has continued to advance both software and hardware on a regular cadence. The latter has culminated in the Apple Watch Series 4, which not only makes the watch thinner and its screen larger, but integrates an FDA-cleared ECG sensor into the device's digital crown. Android Wear, in contrast, had been in disarray as Google worked to firm up a broader IoT platform strategy that Apple lacks. The company released just two major versions before abranding change to Wear OS.

There is nothing fundamentally flawed about Wear OS' execution, particularly as notifications remain the most relevant horizontal application; Google has been successful in lining up many licensees. However, in part because it has limited the customization that brands can make, it has been difficult for them to truly integrate Wear OS smartwatches into their portfolio. Wear OS smartwatches may be too geeky for a fashion brand like Fossil, which complements them with the awkward flavor of hybrid smartwatch that creates notifications by moving hands to different positions.

Also: We're finally getting the smartwatches we wanted five years ago CNET

On the other hand, they are not luxe enough for a brand such as Tag Heuer, a brand bought for a statement. And, of course, Swatch has steered clear, promising to deliver its own smartwatch OS any day now. Apple hasn't had these identity issues, because it has had no watch legacy to extend, although the first-generation Edition timepieces put traditional Swiss luxury brands on notice.

With the carriers unmoved and far from the force they were a decade ago, Samsung -- Google's highest-volume partner for Android smartphones -- has spurned Wear OS in favor of the even more app-barren Tizen. That certainly hasn't hurt, and presumably has helped, its own revision cycle. And in what is perhaps the biggest vote of no confidence that Google could cast, it has not offered its own Wear OS watch -- even as it prepares to launch the third generation of its Pixel smartphones and has launched into such speculative categories as AI-infused home cameras.

While there have been numerous whispers through the years that Google was looking to abandon or reboot its wristwear efforts, it's now touting close work with Qualcomm on new silicon that will optimize the Wear OS experience with longer battery life. But Apple already seemed atop that argument at its event, emphasizing how the latest version of its smartwatch processor was designed in tandem with watchOS for a device that is imminently shipping.

Also: https://www.zdnet.com/article/google-redesigns-wear-os-with-focus-on-assistant-notifications-and-health/Google Pixel 3 event: How to watch and what to expect

Google charged hard in marching Android through successive dessert-themed upgrades, because there was a fear that a mobile world dominated by a company (eventually Apple) could shut out its services. (This was partially validated by its scuffles with Apple over Google Voice and Google Maps.) At this point, the Apple Watch poses no such threat to a far more powerful Google, although there's no ambiguity regarding the market leader (at least in the west).

Even if one does not believe that the smartwatch will ultimately become the dominant digital device supplanting smartphones, Google could have much to lose if it cannot move its wearable strategy forward. For example, the smartwatch is becoming a more important part of the smartphone user experience, and a key portal for voice commands, something Google obviously cares about.

https://www.cnet.com/news/apple-watch-tops-wearable-market-as-demand-for-basic-wristbands-falls/Consumers want smartwatches that do more than just count steps, according to IDC.

https://www.cnet.com/news/qualcomm-new-chips-promise-google-smartwatch-battery-boosts/Fossil, Louis Vuitton and Montblanc are the first partners, with 30-day standard watch mode and GPS sports watches in 2019.