At Mobile World Congress, Samsung advances with DeX Pad and may just will it to success

Samsung's efforts with the DeX Pad and ability to stick with a concept and iterate may ultimately mean that one compute device can do all for most people.
Written by Larry Dignan, Contributing Editor on Feb. 25, 2018 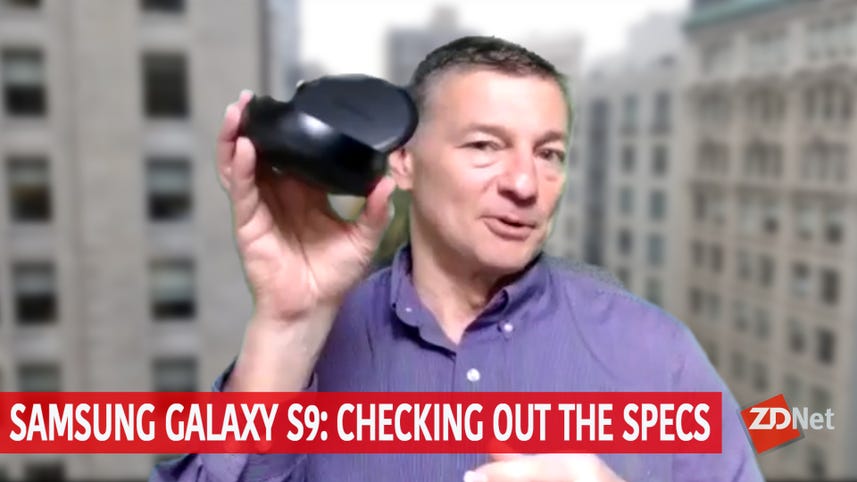 Samsung is showing the same doggedness and iterative approach with its DeX smartphone-meets-PC technology as it did with its phablet approached that raised eyebrows at first then garnered adoption.

On Sunday at Mobile World Congress (MWC), Samsung took the wraps off of the Dex Pad, an addition to the DeX station portfolio that takes the Galaxy S9, Galaxy S9 Plus and Galaxy Note 8 and makes it a CPU to power a monitor, keyboard and take in an Ethernet connection.

Samsung Galaxy S9, Galaxy S9 Plus: Should you upgrade based on specs, price and camera improvements? | Galaxy S9: Prices, release and pre-order dates for US carriers | With Galaxy S9, Samsung kicks it up without a notch

The DeX Pad follows the DeX system launched last year. The initial DeX was a hockey puck-meets-PC device that never really took off as a big hit despite promising a desktop experience on the fly. The Dex Pad may be an improvement and worth a look, according to ZDNet's Matthew Miller, who took the system for an initial spin. Miller said:

With the DeX Pad we are moving closer to the reality of having a single computing device take care of the majority of our needs.

Samsung's latest iteration of DeX enables you to use your smartphone as a touch pad as you connect to a monitor, mouse and keyboard (if needed). The DeX Pad has two USB Type-A ports, an HDMI port, and a USB Type-C port as well as Ethernet. Your Samsung device will charge via a USB Type-C cable. The DeX station is equipped with more USB ports than some laptops.

When I tested the initial DeX last year, it was useful, worked well and could have served as a laptop replacement in a pitch. The problem: I wound up with cords and a meaty hockey puck dock in my backpack and ultimately concluded I'd just bring along my laptop. Another problem: I had to take a leap of faith that DeX would operate as advertised for real work.

The DeX Pad's design appears to take away the bulk when in a laptop bag (ideally sans laptop) and the updates promised by Samsung sound more enterprise friendly. App partners such as VMware, Citrix and Microsoft Office are now optimized out of the box and corporate apps can be customized and locked via Knox 3.1. That trio of software providers will bring a series of Windows work apps to the desktop along with Android apps.

Samsung Galaxy S9 and S9 Plus hardware: in pictures

As always, we've seen this Galaxy and DeX dream before. Motorola tried it years ago. Palm was playing around with the smart device as CPU years ago well before the technology was ready.

What's different this time? Not much other than Samsung is likely to stick with DeX and push the concept in the years ahead with each rev of the Galaxy device lineup. Last year: Samsung DeX update enhances enterprise experiences | Key ships Samsung DeX centralized law enforcement mobile solution | Samsung DeX to feature Daou Office | On the road with Samsung DeX: Almost good enough to leave the laptop behind | What I love and hate about Samsung DeX as a business user

McCarty said that DeX will ultimately become a dongle and then a direct connection to a monitor. I won't rule out a DeX success in the future largely because I mocked the hell out of Galaxy phablets when Samsung first tried to pitch large-screen phones. And we all know how that turned out.

TechRepublic: Samsung DeX will finally give life to the Linux smartphone

Smartphones
Dell and Intel just had a big success. It may break your heart