Pre-orders open for delivery to begin on October 24.
Written by Chris Duckett on Oct. 15, 2019 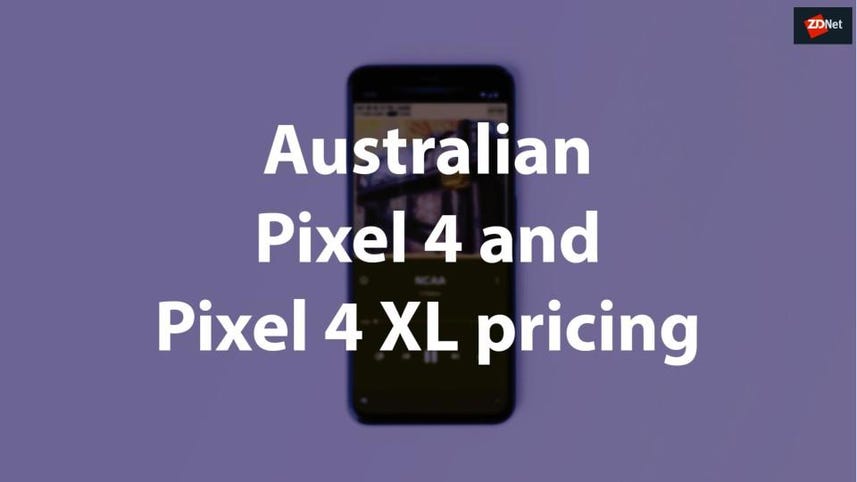 Google officially launched its pair of Pixel 4 phones overnight, after months of leaks.

Both phones run on a Qualcomm Snapdragon 855 with a Pixel Neural Core chip, have 6GB of memory, and consumers will have storage options of 64GB and 128GB.

Thanks to the telco's recent plan shake-up, Australia's incumbent telco has the easiest pricing to work out. The phones are available on top of four plans from the carrier: 15GB of data for AU$50 a month, 60GB at AU$60 per month, 100GB for AU$80 a month, and 150GB for AU$100 a month.

The separate device repayment that is broken down over 2 or 3 years is listed below.

Vodafone is the next easiest to comprehend, with the addition of a 12 month repayment option.

In a throwback to plans of yesteryear, Optus still offers differentiated handset repayments based on the size of the plan taken up.

At the time of writing, Optus is also offering an extra 20GB for its 80GB plan.

Pixel 4 specs vs price: Google's new phone is too weak, too late, and too expensive

Is the Pixel 4 an overpriced disappointment when compared with rival devices from Apple and Samsung?

Google's Made by Google hardware event will take the wraps off of the Pixel 4 and Pixel 4XL, but preceding events from the likes of Apple, Amazon and Microsoft have upped the ante for products today as well as 2020.

Not everything was leaked. Direct from 'Made by Google' event, Matthew Miller and Jason Cipriani share one disappointment and a pleasant surprise.

Smartphones
4 reasons projects fail – and how to avoid them