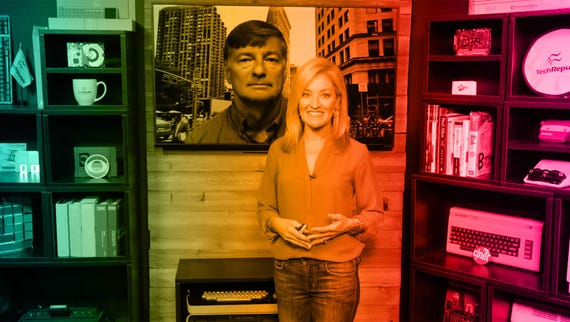 Amazon Prime Day is upon us and should the fates be willing; the event will not come to a grinding halt under the weight of visitors visiting Amazon's platform over the two-day sales event.

How and when to find the best Prime Day deals

Here are all the best deals, plus tips and tricks on how to master Amazon's annual summertime sale.

eBay has already mocked the e-retailer with its own "Crash Sale." eBay's variation of Prime Day is a three-week sales marathon which has already begun, and other vendors are also keen to get in on the action and try to take a slice of the sales pie by offering their anti-Prime Day sales alternatives.

We will be updating this list throughout Monday and Tuesday, so check back to make sure you snag the best deals.

The Google Home smart assistant is on sale for close to half price over at Walmart. The smart speaker comes equipped with the Google Home assistant and can be used in a hands-free fashion to tap into your music subscriptions, to search the Internet, read up on the news and listen to weather forecasts, and more.

Another option over at Walmart is the 2018 Roku Ultra 4K HDR streaming player dongle, which is capable of streaming films and television shows in high quality. This particular bundle comes with a pair of JBL headphones and a 30-day trial of Showtime, Starz, and Epix.

The Apple Watch Series 3 can be found for a substantial discount on a platform other than Amazon over the summer sales period. If you're in the market for a smartwatch, the watchOS 4 device comes with a dual-core processor, intelligent activity tracker, barometer, smartphone connectivity and the option to tap into your music playlists while you work out or travel.

A large screen for a cheap price point, the Sceptre 50" television set comes equipped with an FHD 1080p LED display and has an aspect ratio of 16:9. This product is purely for viewing, however, as it does not come with smart features.

The Google Nest Hub can also be found on sale over the next few days. The Hub differs from the Google Home as it also comes with a touchscreen display alongside speaker functionality, giving users the option to control the device either through their hands or voice. The product supports the Google Home smart assistant and can be used for everything from web searches and queries to controlling smart home devices.

Another television set with a substantial discount on offer is the 2018 Samsung UN55NU6900 55" 4K model. The LED-backlit Full HD TV sports a 2160p Ultra HD display, a refresh rate of 120Hz, a USB port, and smart functionality.

Walmart is offering $200 off the Apple iPad Pro over its summer sale event. This particular model comes in silver, gold, or rose gold, and is equipped with a 10.5" Retina display, 256GB storage, an A10X Fusion processor, and both a backend 12MP camera with 4K HD video and front 7MP FaceTime HD camera.

Best Buy has decided to give shoppers a steep discount on the Microsoft Surface Pro 6 this year, a 12.3" touchscreen model complete with an Intel Core i5 processor, 8GB RAM, and 128GB SSD storage. The Surface Pro 6 comes with a keyboard, the Surface Type Cover, but you will need to buy the Surface Pen separately.

This may not be the most generous discount we will see over the next few days, but if you are hoping to purchase Apple's latest generation smartwatch, then head over to Best Buy. You can pick up the Apple Watch Series 4 in space grey in both 40mm and 44mm screen variants.

With the new semester soon to begin, both students and parents might want to check out Best Buy's offers for both Microsoft Windows and Apple macOS-based laptops. There is a variety available with discounts worth hundreds of dollars -- together with an extra cut in price for students.

The Dyson Supersonic Hair Dryer caused quite a stir when it was first launched to the public, and now, a limited number of cheap, refurbished models are on offer. At the rate they are being purchased, however, it won't be long before the hairdryers are sold out.

You can also save 20 percent on Dyson products across the board by using the code JOY4DYSON.

Update: You can find a cheaper refurbished version over at Newegg for $219.99.

A great deal over at eBay involves the Bose SoundTouch, a portable heavyweight in the wireless speaker market. The Alexa-compatible speaker comes with Internet connectivity as standard and users can access their playlists from services including iTunes, Spotify, and Deezer at will.

If you are always on the move and want headphones able to block out all of the distracting sounds in your environment, the Bose QuietComfort 35 headphones are a worthwhile investment -- and over at eBay, you can pick up a discounted pair as long as stocks last.

You'll need to be quick if you want to grab an incredibly cheap copy of this game on eBay.

A full GoPro kit containing everything you need to get started currently available on eBay for a steep discount. The kit includes a Hero 7 camera, 32GB memory card, and a protective case.

Photography enthusiasts looking for a new lens suitable for portraiture can grab a Canon EF 50mm for a reasonable discount. However, stocks are limited.

Target has matched Walmart's $69 price tag for a Google Home smart assistant but is also giving consumers the option to buy a pair for a further discount.

The discount is a small one, but you should still consider it if you need a reliable power bank with a lot of juice. The PowerCore version on sale contains a 10,000mAh battery.

Google's Nest smart learning thermostat, a home IoT device that can intelligently manage your home heating, is on sale at Target. If you purchase the thermostat from the retailer, you can also choose a free Google Home Mini.

The same deal applies to the Google Nest indoor security camera, which is also on sale with a Google Home Mini thrown in to sweeten the deal.

There is a worthwhile discount to be had over at Target for a decent pair of Bose headphones. The around-ear set allows for multi-pairing, and the wireless headset can perform for roughly 15 hours on a single charge.

If you are looking for a budget-friendly pair, Target is also touting a discounted set of Sony noise-canceling headphones.

Another television set on offer over the summer is the VIZIO E-Series HDR setup, which offers a 70" screen capable of 4K Ultra HDR resolution. Customers are also given a $50 gift card on purchase.

Target is giving customers $60 off an Xbox bundle containing a 1TB console, digital downloads of Battlefield V Deluxe Edition, Battlefield: 1943, and Battlefield 1 Revolution, and one free month of EA Access.

Robot vacuums can take some of the work out of maintaining your home, and while generally expensive, do come up in sales. This year, the iRobot Roomba 960 can be purchased for a $50 discount.

You can pick up the ASUS VivoBook for a discount over at Newegg. This portable laptop comes with a 15.6" FHD display, an Intel i7 processor, 8GB RAM, 256GB SSD + 1TB storage, Nvidia GeForce graphics, and Windows 10 Home.

Suitable for use in NAS systems with up to eight bays, customers can enjoy a fair discount on the WD Red 4TB NAS HDD over Newegg's two-day sales event. The 3.5" drive is touted as 5400 RPM Class and SATA 6Gb/s.

If you're looking for a reasonably-priced travel or commuting laptop, the Lenovo Flex hybrid 2-in-1 laptop is currently on sale. The 14" PC is equipped with an AMD Ryzen 3 processor, 4GB RAM, 128GB SSD, and Windows 10 S.

Select 14" Lenovo ThinkPad T480 models are on offer over at Lenovo during the vendor's summer sale.

The Frame is Samsung's massive 65" QLED Smart 4K UHD TV, a 2019 model likely to be popular with those who want to hang an impressive television set on their wall.

If you're interested in trying out smart lighting in your home on a budget, you can pick up a twin pack of smart lightbulbs over at the Google Store.