Most expensive alternative with iFitt

Another version of ProForm's flagship bike

No screen, but works with Echelon app

Indoor exercise bikes aren't new. They're just surging in popularity at the moment -- partly because they're smarter and internet-connected now, and because of viral ads plastered all over Instagram from companies such as Peloton.

Peloton, which went public in 2019, is the maker of a $2,250 indoor bike with a screen attached to the front, providing access to a $40-per-month subscription service with thousands of live and on-demand cycling classes. By the end of fiscal 2019, Peloton said it sold over half-a-million connected fitness products -- and it had just as many subscribers.

While Peloton's own bike is one of the more well-known smart exercise bikes available, it has some shortcomings. For starters, it's super expensive. The bike's handlebar also only moves up and down, not fore and aft, which means you can't adjust it to your liking. It also has a fixed screen that can't be used to surf the web, watch YouTube videos, or connect to apps.

Many people want a smart exercise bike to help them sweat it out in the morning before work, and while they may love the idea of Peloton, it's hard to stomach that hefty up-front cost, the price of the monthly subscription service, and the other limitations we described. Luckily, there are cheaper bikes available, and they're just as effective as the Peloton.

Most expensive alternative with iFitt 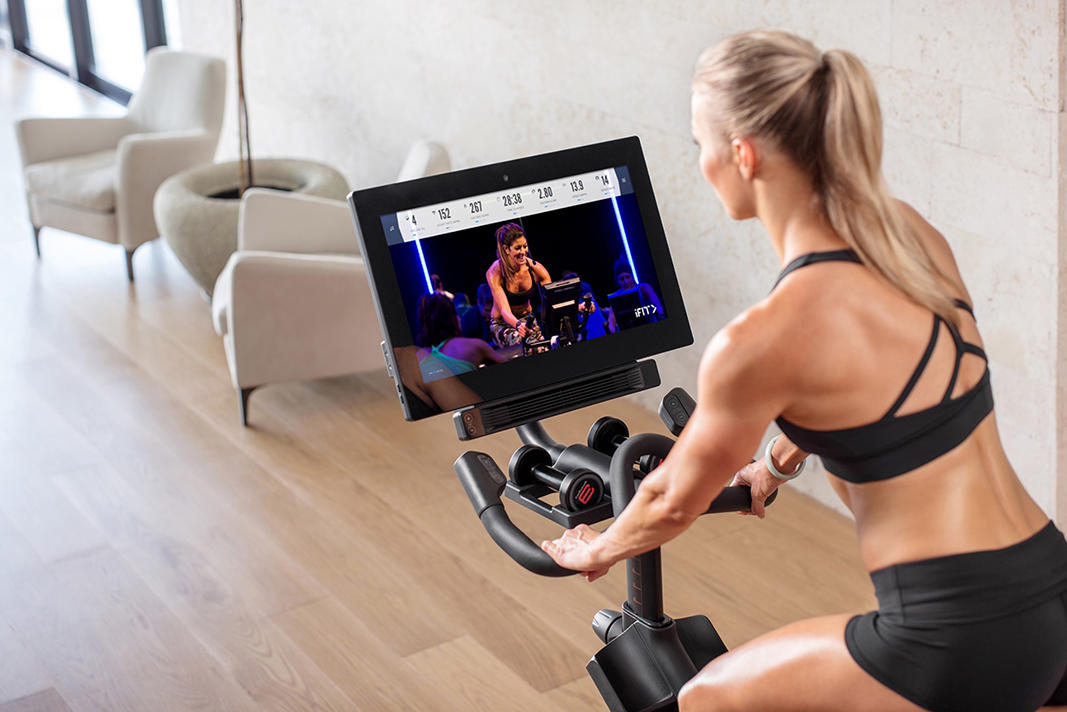 The NordicTrack Commercial S22i Studio Cycle is the most expensive alternative on this list, but it's also the most comparable to Peloton, and it's still cheaper. It's a $1,999 smart exercise bike with a 22-inch interactive touchscreen that tilts and lets you stream high-energy studio sessions with trainers (who can control your machine's decline, incline, and resistance in real-time -- something Peloton trainers can't do). Plus, a one-year membership to iFit classes is included. 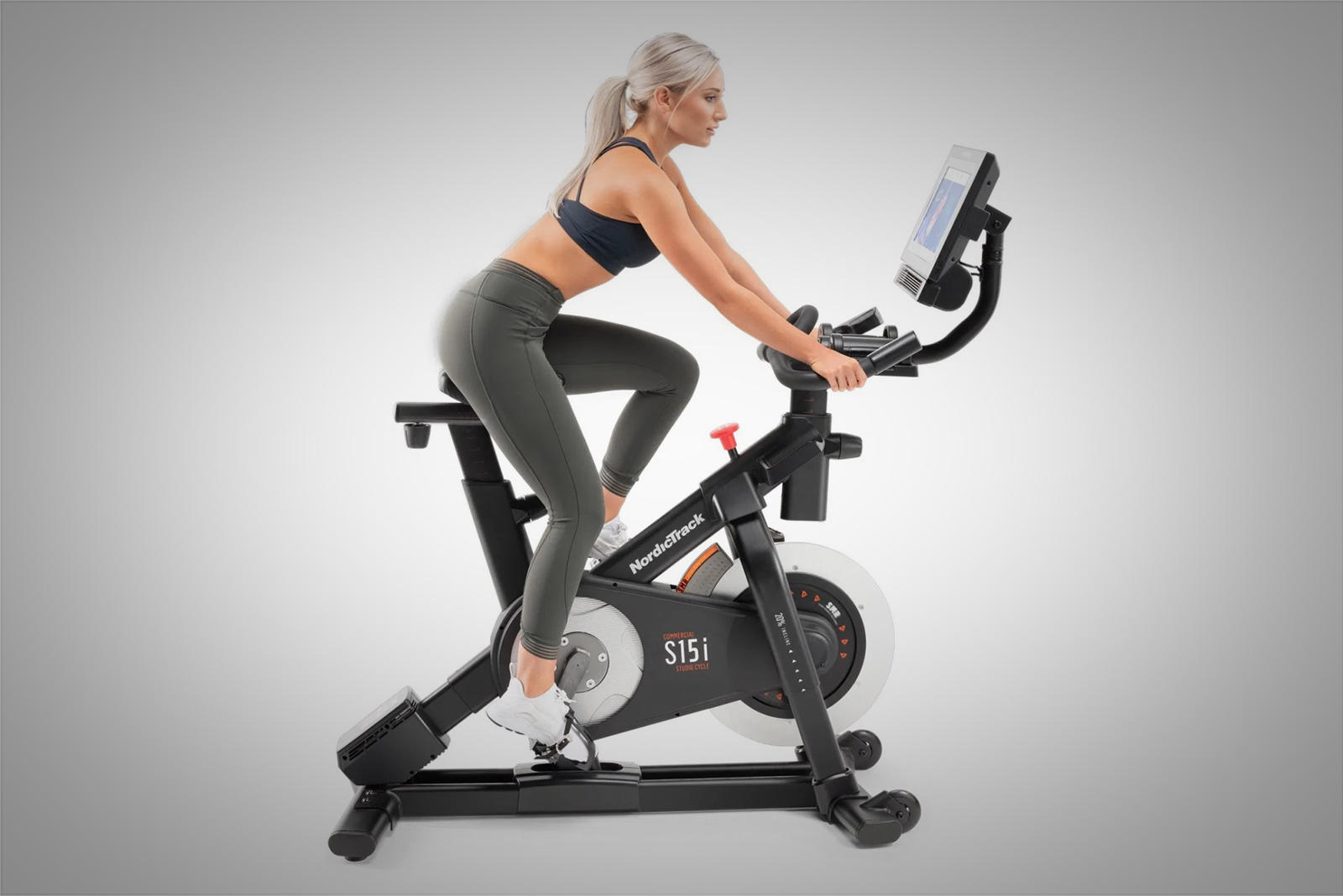 NordicTrack's cheaper smart bike is still pretty fancy. It has a 14-inch HD touchscreen with iFit on-demand and live studio workouts and trainers who can control your machine's decline, incline, and resistance in real-time. The bike itself features a mechanical shaft to simulate the inclines and declines of actual bike riding. The first year of iFit is free. After that, it costs $39 a month or $33 if prepaid annually. It's not required, however. 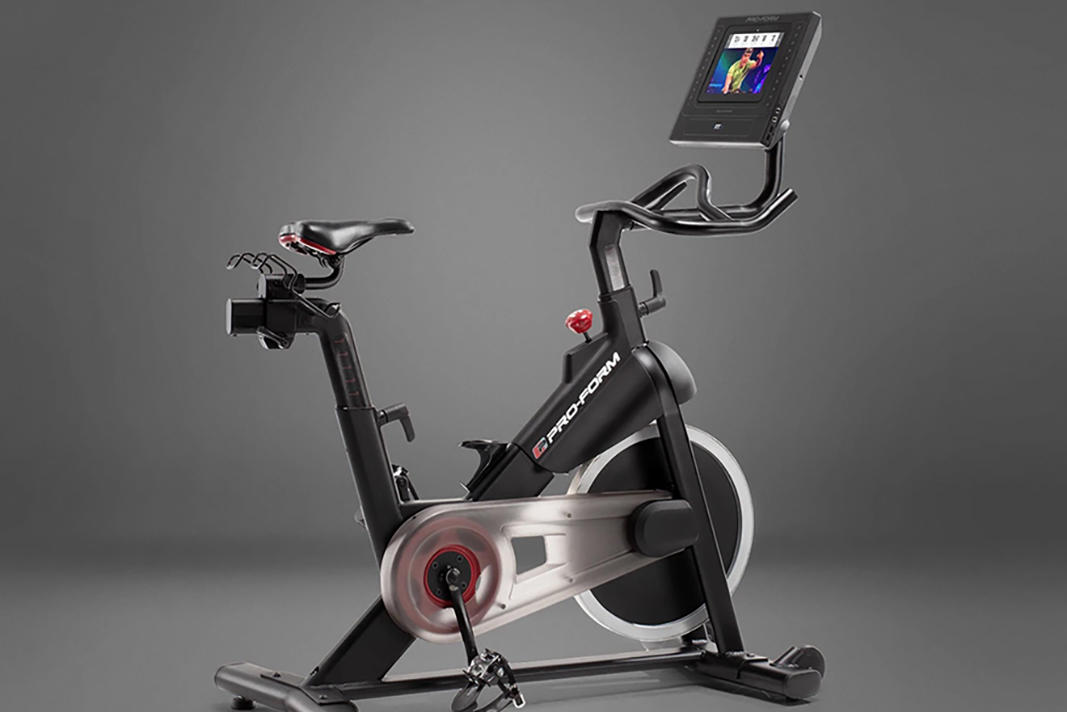 Next up is the Studio Bike Pro from ProForm. It's about $1,300 cheaper than the Peloton and still comes with a 10-inch screen and three years of live iFit workouts. The trainers can also control your resistance, but not your incline, like with the S22i. The seat and handlebars are all adjustable, too. Honestly, this is probably one of the best values you can get for a Peloton-like cycling experience.

Another version of ProForm's flagship bike 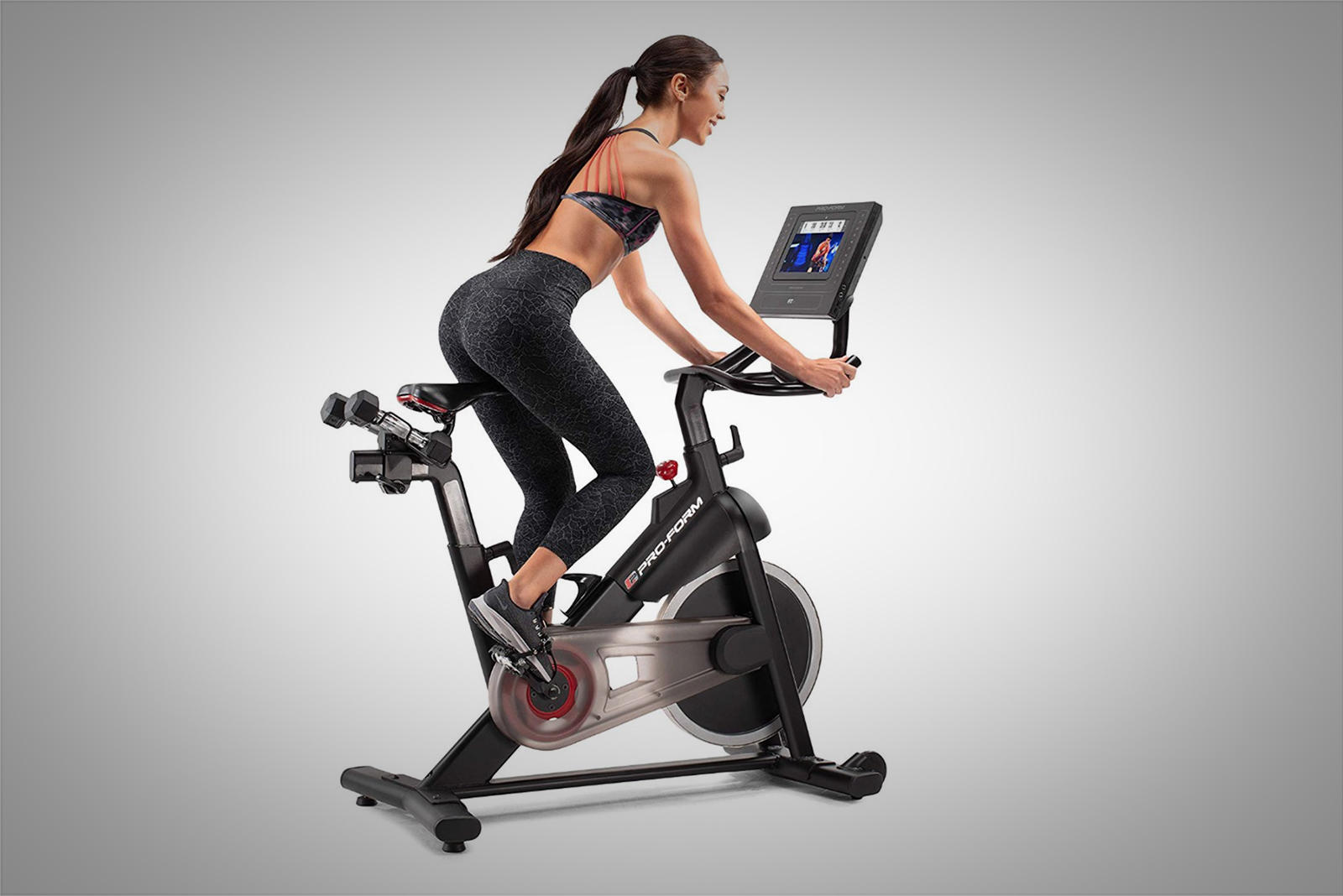 ProForm's Smart Power 10.0 is basically another version of its high-end exercise bike (above). It still has a steel body and a 10-inch HD color capacitive touch display, and it comes with ProForm's iFit membership service for one year. ProForm said this bike offers what it calls "digital resistance", but you get 22 different resistance levels with a 250-pound user capacity. There's also full seat and handle-bar adjustability as well, along with a water bottle holder. The best part is that the bike is still only $999. 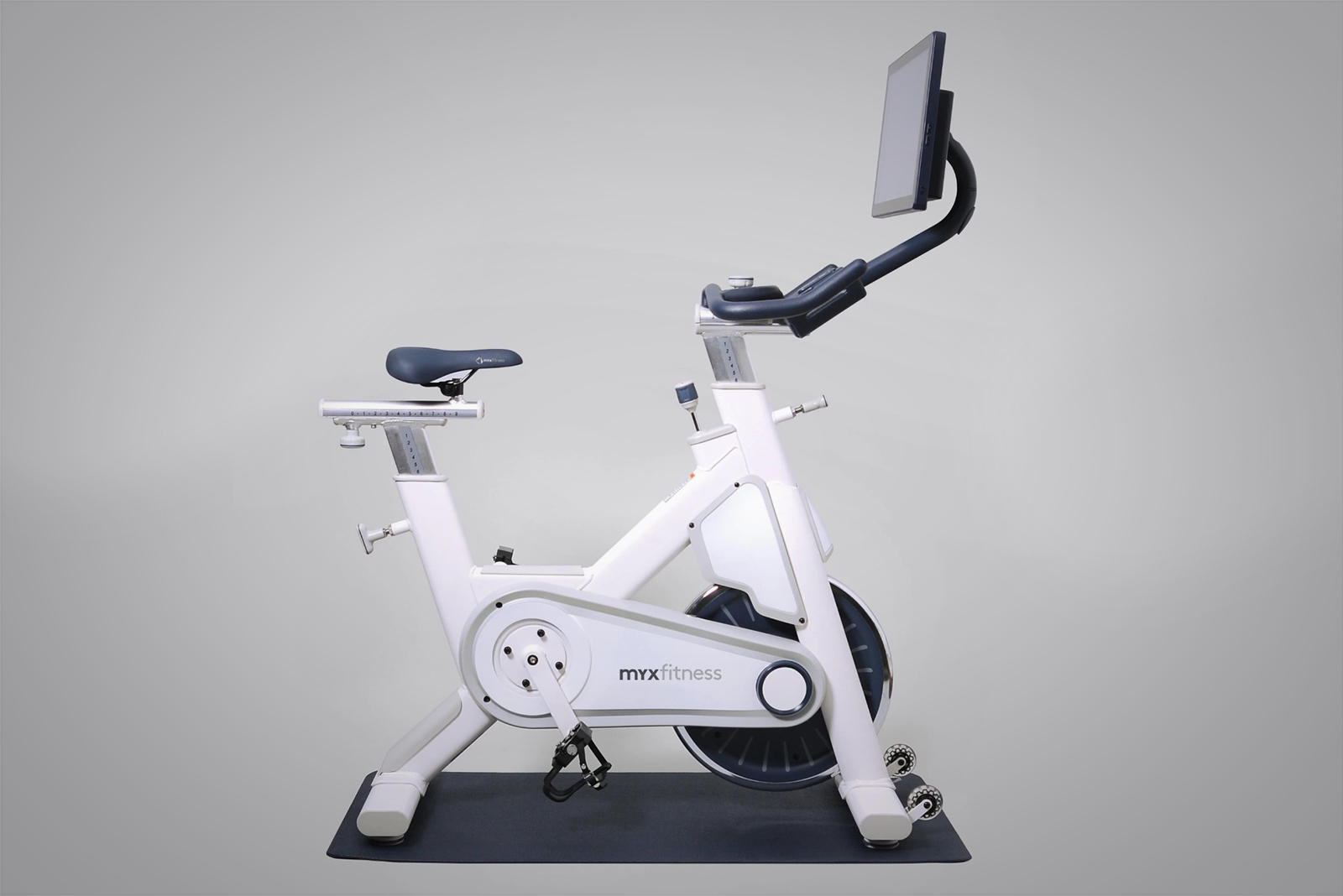 Myx Fitness is a newer bike company. Some say the Myx is a true Peloton clone, as it features a 21.5-inch screen and original, in-house fitness programming. Myx costs just $1,199 (with a monthly membership fee of $29), which means it's not only comparable to Peloton but also cheaper. It also has reversible pedals (toe-cages on one side with shoe-clips on the other), handlebar height and depth adjusters, and a monitor that can tilt and pivot. NordicTrack's S15i does too -- but it costs $400 more and has a smaller screen.

No screen, but works with Echelon app 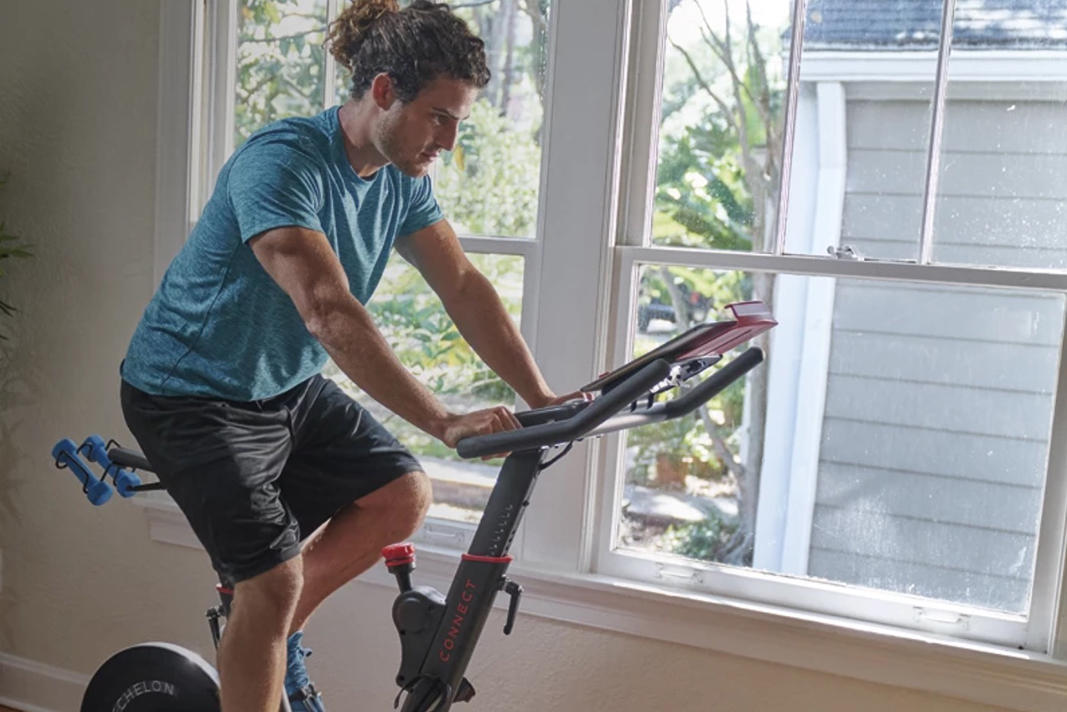 We're straying a bit away from the Peloton at this point, but hear us out: The Echelon Smart Connect EX3 is roughly $1,400 cheaper than the Peloton, and it still offers interactive workouts with certified trainers via your own mobile device and the Echelon app. The app serves up both live and on-demanded classes for $40 a month. Yes, there's no screen attached to the front of the bike, but there is a handy little spot on the handlebars for you to slide in a phone. 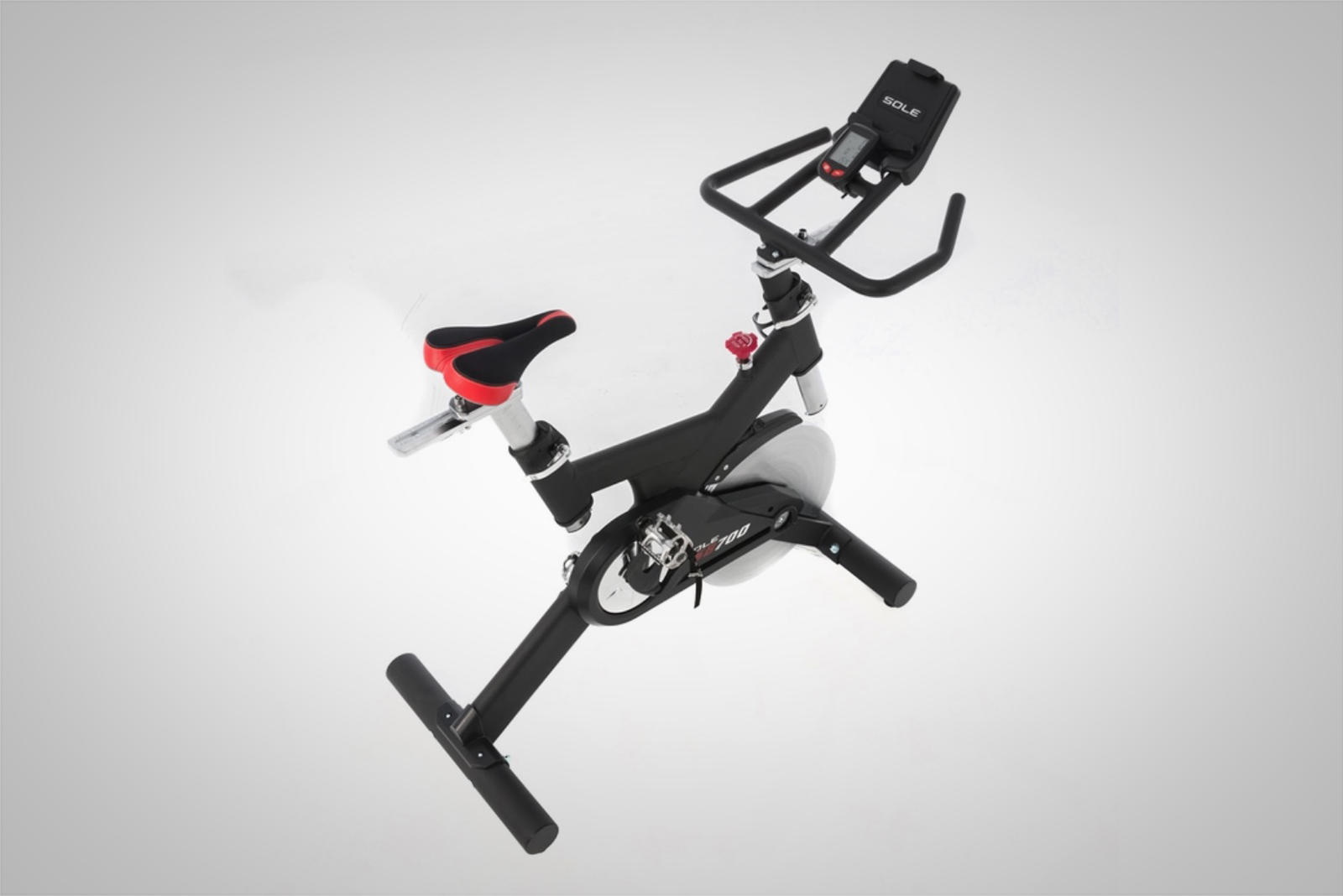 OK, so this stationary bike from Sole is a little different. It has a 300lb weight capacity and features a backlit-LCD display that shows your time, distance, speed, kCal, heart rate, and more. It also has a media device holder in case you want to use your own tablet or phone to stream classes from Peloton's app or iFit. And it has an adjustable seat, pedals, handlebars, and toe caps to make it a comfortable ride for anyone. So, while Sole lacks a fancy touchscreen, you can still get fit with it and track certain metrics, all while saving cash.

So, let's discuss the Peloton Digital app. If you want to try Peloton's virtual classes, but with your own traditional indoor exercise bike, then just use Peloton's mobile app. It costs $20 a month, comes with a 14-day trial, and can be used with any indoor exercise bike. It offers both live and on-demand classes, though it lacks the leaderboard and on-screen stats like cadence, resistance, output, and other metrics calculated by the Peloton bike itself.

Let's also not forget YouTube, which is home to countless cycling videos. The point is, you don't need Peloton's fancy bike and 22-inch screen to burn calories. With any indoor exercise bike and a mobile device, you can get a similar experience and save yourself thousands. Here are a few of the best-rated bikes we could find:

To get the full Peloton indoor cycling experience, but again without breaking the bank, you might want to consider investing in some exercise accessories that come with the Peloton bike. For instance, you should get a bike mat, such as this one from SuperMats. You can also pick up a media device holder (if your bike doesn't have one) like this expanding tablet mount. You might want to also consider a cadence sensor -- we recommend Wahoo's -- and perhaps a pair of dedicated cycling shoes.