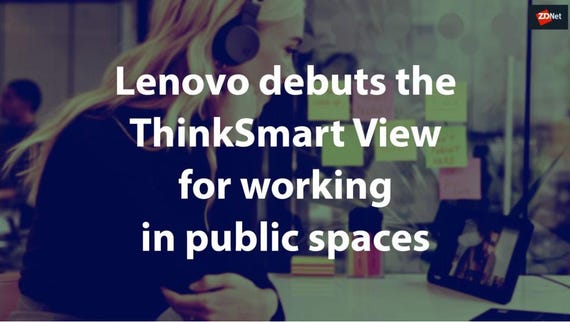 ASUS has showcased a variety of new business and gaming hardware at CES 2020, together with an interesting pivot to AI Internet of Things (AIoT) applications.

In Las Vegas this year, the Taiwanese tech giant revealed a range of notebooks, desktops, and laptops, of which the 14-inch Chromebook Flip C436 comes with up to a 10th-generation Intel Core i7 processor, Intel UHD graphics, up to 16GB RAM and 512GB SSD storage. The Chromebook Flip runs on the Chrome operating system.

The VivoBook range has also received an upgrade, with the latest VivoBook S coming with up to a 10th-generation Intel Core i7 processor, Nvidia graphics, 8GB or 16GB RAM, up to 512GB SSD storage, and either Windows 10 Home or Pro. The VivoBook can be picked up in 13-, 14-, and 15-inch form factors.

ASUS' enterprise-ready laptop, the ExpertBook B945, is a 14-inch device weighing 870 grams and sporting a 10th-generation Intel Core i7 processor, Intel UHD graphics, up to 16GB RAM, and up to 1TB x2 SSD storage. ASUS says that users can expect up to 24 hours of use on a single charge. This laptop runs on Windows 10 Pro.

Gaming laptops, too, have been showcased.

The TUF Gaming A15 and A17 models are now on offer with upgraded mobile CPUs and Nvidia graphics, but of real interest is the launch of the Zephyrus G14 and the Zephyrus G15, laptops designed for gaming on the go.

The ASUS ROG Zephyrus G14 and the Zephyrus G15 are gaming notebooks. The G14 is equipped with an AMD Ryzen 4000 Series mobile processor, up to NVIDIA GeForce RTX 2060 graphics, up to 32GB RAM, and up to 1TB SSD storage. Users can choose either a Full HD display -- up to 120Hz -- or WQHD resolution.

The G15 comes with an AMD Ryzen 7 4800HS processor, up to NVIDIA GeForce RTX 2060 graphics, up to 32GB RAM, and up to 1TB SSD storage. The Zephyrus G15 Full HD/WQHD display is available with refresh rates up to 240Hz.

You can expect a battery life of up to 10 hours which can be supplemented with compatible power packs.

AIoT, the merging of artificial intelligence and Internet of Things sensors and applications to achieve more efficient operations and intelligent automation, is an emerging field that some technology vendors are beginning to explore.

At CES 2020, ASUS has shown interest in this industry with the launch of the ZenWiFi Voice, a dual-band mesh network router able to support Amazon Alexa and AiMesh devices, as well as the Mini PC PN61T, a mini-PC suitable for IoT apps equipped with a built-in Google Edge TPU, support for USB-C power input, infrared sensors, and a microSD card reader.