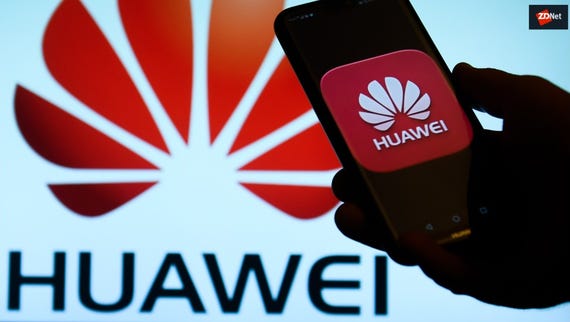 A spokeswoman for the China Foreign Ministry has suggested President Trump switch to a Huawei phone after the New York Times reported that Chinese and Russian spies are most likely tapping the US President's iPhones.

"Seeing this report, I feel there are those in America who are working all-out to win the Oscar for best screenplay," said Chinese foreign ministry spokeswoman Hua Chunying, as cited by the South China Morning Post.

She also called the explosive NYT report "fake news" and suggested that President consider switching to a Huawei device if he was so concerned about the security of his iPhone, or shut off communications altogether.

Hua's remarks about President Trump potentially using a Huawei smartphone come after Australia, India, and the US have banned Huawei from supplying their respective governments with technology, while Canada and the UK are also mulling similar bans.

Many have called the Chinese government's comments just straight-up trolling --and a damn good one.

But despite China's funny reaction, the NYT report raises serious alarms in regards to both President's Trump understanding of security protocols, but also the mobile telephony protocols, through which Chinese and Russian spies are allegedly spying on the president's mobile calls.

According to the New York Times report, President Trump is ignoring the standard White House protocol of using landlines for telephone conversations.

Instead, he's using three iPhones, two of which have been locked down and made "secure" by the National Security Agency, while the third is your regular stock device, which apparently the president's using because it's the only one that will allow him to keep a contact list.

All three devices pose a security risk, not just the third device. The danger comes from the frail and insecure state of mobile telecommunications protocols, such as LTE (4G), VoLTE, Diameter, and SS7, all containing many known vulnerabilities.

Fears expressed in the NYT report by White House and US intelligence officials are also well founded and grounded in reality.

Those very same protocol flaws have been used in the past by US intelligence agencies to spy on foreign officials, such as German Chancellor Angela Merkel, according to documents leaked by Edward Snowden --hence, the reason why White House security protocols view landlines as more secure systems.

As for President Trump, he reacted just as everyone expected by going to Twitter and calling the NYT report "soooo wrong."

Join Discussion for: China tells Trump to switch to Huawei after...