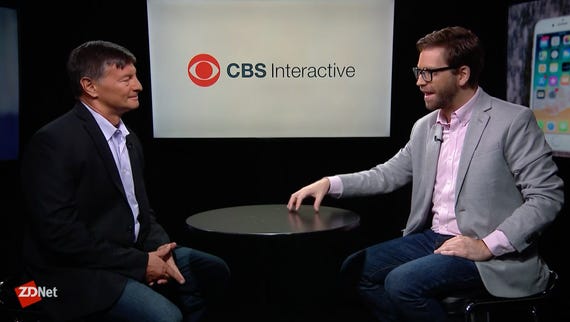 Poor Ned Stark (no relation to Tony), Lord of Winterfell, Warden of the North, Hand of the King, Lord Regent of the Seven Kingdoms, and Protector of the Realm. When we first meet him in Game of Thrones, it's clear he's the main character of the story. But [spoiler alert], he suddenly and fatefully comes to a bad end.

If George R.R. Martin has any plot crutch in his writing of Game of Thrones, it's how he introduces us to fascinating characters, makes us love them, and then unceremoniously kills them off. Episode after episode, season after season, book after book, someone we've come to love is taken out of play.

Also: New 2018 iPhone: Everything we know so far

We don't only tune into the latest episode of GoT for the incredible vistas, the special effects, and the taut storyline. We tune in out of morbid fascination. Who will be killed next?

In an interview with The Guardian, Martin said, "You don't get to live forever just because you are a cute kid or the hero's best friend or the hero. I love all my characters, so it's always hard to kill them, but I know it has to be done."

What Martin says, "has to be done," Apple calls "courage." In 2016, when Apple killed off the headphone jack on iPhones, Apple VP Phil Schiller called it "the courage to move on."

Like Game of Thrones episodes, Apple events often inspire a sense of morbid fascination in me. In GoT, it's a combination of the hope (what progress will the heroes make), mixed with the dread (what beloved character will Martin kill off next)?

At Apple events, we're always wondering what wonderful new hardware will be released (and we hope against hope for a new Mac mini), but balance that with the dread over what beloved product, feature, connector, or capability Apple will consign to the scrap heap of history.

All technology companies have to, as one of my advisors once said, "dump your darlings." Whether it's killing off the Apple II line after 15 years in 1983, replacing DOS with Windows (although the A prompt remained in Windows forever), or trading in flip-phones for smartphones, technology's advancement requires change.

Also: What new hardware will Apple unveil this week?

That's just the gear. We've experienced major changes as we've moved from individual isolated desktop nodes to the internet, from on-premises computing to the cloud, from install-from-floppies to SaaS, and from physical servers to virtualized instances and containers.

With each transition, we've had to buy more stuff, replace our accessories, and learn new procedures. It's understandable, but that doesn't necessarily make it easy or welcome.

In recent years, Apple has killed off many crowd favorites, often to the bafflement and frustration of those who've come to rely on those features.

Look, we know it's not just Apple. In 2012, Microsoft introduced Windows 8 without the Start menu. That went over like a lead balloon.

But back to Apple, since the company's big fall event is this week. We talked about Apple's "courageous" elimination of the headphone jack from the iPhone in 2016.

In fact, 2016 was a banner year for courage. With its new generation of MacBook Pros, it killed off the MagSafe 2 connector, the SD card slot, and USB 3.0 ports in favor of exclusively USB C. Yes, that generation of MacBooks also got Touch ID and the much-maligned Touch Bar, but to those who now need to carry dongles for everything, the trade-off was far from worth it.

All that brings us to September 2018 and more dread. According to the rumors, Apple is going to kill the Home button and Touch ID across the iPhone product line. While the rumors might not be true, we've shown that Apple does have a track record of removing the useful in favor of the whiz-bang.

Also: 'iPhone XS Max' will reportedly be name of new iPhone Plus CNET

I did an informal survey on Twitter. While 42 percent of iPhone X users don't have any issues with Face ID, 35 percent miss their Home button, and 23 percent find Face ID unreliable.

I can't help but think that Apple will soon eliminate the Lightning interface on iPhones in favor of USB-C. Like Lightning, USB-C can be used in either orientation, the plugs are about the same size, and USB-C is now the standard connector on Macs.

At that point, we can expect to incur the expense of new chargers, new adapters, new dongles, new weird headphone converters, and more. To Apple, it's an opportunity to change space utilization inside their devices, cost-reduce, and possible sell more accessories.

But for us, it's years of living with a hodgepodge of interfaces, adapters, software and hardware incompatibilities, and inconsistent usage and UI patterns. What havoc is it going to heap on your organizational system with new dongles and new connectors? How many users are you going to need to retrain? How much tech support do these changes require?

In the end, it doesn't matter. Technology needs to change. Some of our practices get better and better. Others, well, they fall by the wayside after a good run.

No matter what, you can count on change. New products will be introduced. Cherished features will be killed. And, holding back darkness from the light, no matter what else changes, one thing is constant: Apple will introduce some silly new watchbands.

Join Discussion for: iPhone hope and dread: In its game of phones,...