A new patent application from Apple shows it toying with the idea of a laptop powered by an iPhone that's docked face up where the touchpad is normally positioned.

The idea that a smartphone is a pocket-sized computer has spawned many dreams of creating a phone that is a PC. Microsoft has tried it with Continuum, Canonical wanted to do it for Ubuntu, and startup Jide hopes to bridge Android to the PC. The one thing all these attempts lack is Apple's control over hardware.

Apple offers a teaser for how it might deliver the concept in a newly published patent application for an "accessory device", such as a laptop, that features a keyboard, screen, battery, and perhaps some memory, but little or no processing power. The CPU would be delivered by a connected "operational component", or a smartphone.

Apple's drawings position an iPhone-like device in a dock where a laptop's touchpad is usually found, slotting in with the smartphone's touchscreen facing up to act as the touchpad.

After a communications channel between the two has been established, the two devices become "a single computational entity", presumably an iOS-powered laptop.

While the laptop would have little or no processing power, Apple allows for the possibility that it features a graphics processing unit, or GPU. But for the main part it imagines a passive laptop-like device powered by its mobile companion, which could be an iPhone, iPod, iPad, or some other mobile device.

This design leaves the laptop to provide features such as a large display, enhanced audio, mouse, and keyboard.

In drawings, Apple also suggests the idea of lodging an iPad into the laptop display's casing to serve as the touch display as well as the main processing unit.

Apple notes several ways the communications channel can be established, including ports and connectors for a wired setup, or wireless protocols, such as Wi-Fi, Bluetooth, wireless telephony or radio access technology. The connection could handle data and power transfers.

In this way the laptop's battery could power or charge the phone. The laptop might also be plugged into a power socket to run both devices, but Apple also leaves open the possibility that the phone provides all the required power.

As intriguing as it is to see Apple imagine what merging two form factors could be, this is just a patent that describes ideas that may or may not end up in some future product.

The patent was first reported by Apple Insider, which notes that Apple's repeated suggestions that the iPad is a laptop replacement makes it unlikely that it will bring this product to market. 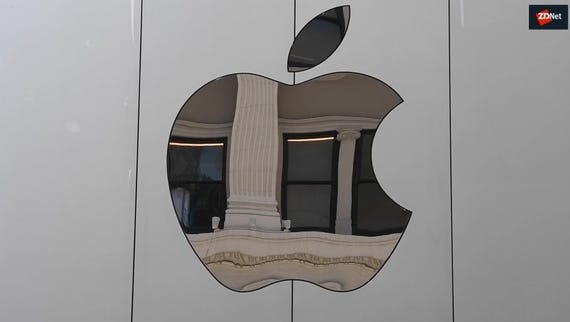 Join Discussion for: Could your iPhone replace your laptop? Apple...